Following the escalation of political violence in Juba, the Ugandan army teamed up with South Sudan’s army to fight rebel forces loyal to the former Vice President Riek Machar. But the move met widespread criticism in Uganda from both citizens and the opposition party. 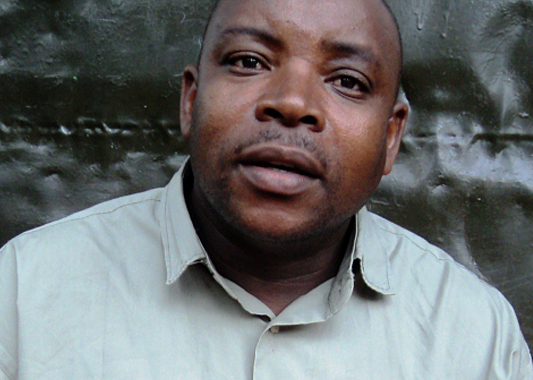 Gabriel Katabazi
© The Niles | Abraham DaljangWe are worried because our sons are being killed in a battle that cannot benefit us at all. What do we gain from such foreign policies, apart from creating more enemies to our country?” said Katabazi, a business man in Entebbe, urging his country to assist in mediation instead of engaging in South Sudan’s internal fighting.

The public outcry is reiterated by the Uganda’s main opposition, the Forum for Democratic Change, which accused the government of staging an unnecessary foreign intervention.

The opposition spokesperson Wafula Ogutu told the Red Pepper, one of the country’s daily papers earlier in January that: The policy has cost the country dearly in terms of human resources, money and equipment.”

He accused the government of engaging in what he described as aggressive foreign policy which is disastrous and offensive.

Locals also fear revenge attacks on Ugandans by the rebel forces. Shiprah Nasikye, a resident of Kawempe in Kampala, said that she is scared her fellow Ugandans in South Sudan might be targeted by the rebel fighters. She said Uganda should have adopted a neutral role like Kenya and South Sudan’s other neighbouring countries. 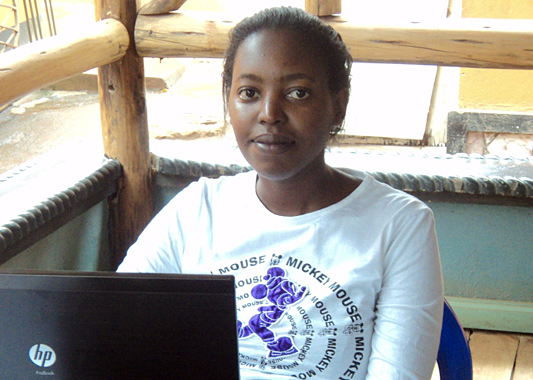 Shiprah Nasikye
© The Niles | Abraham DaljangUganda has a record of hawkish military intervention in region. The International Institute for Strategic studies estimated that Uganda sent between 40,000-45,000 troops to Somalia between the years 2007 to 2011. Most of the troops in the African Union Mission to Somalia (AMISOM) are Ugandan.

Meanwhile, Uganda also sent troops to the Democratic Republic of Congo -- apparently in pursue of the Lord Resistance Army (LRA).

Many Ugandans are concerned about the rising injury or death toll among Ugandan soldiers on South Sudan’s battlefields. However, Uganda’s army spokesperson Col. Paddy Ankunda tried to play down the fears.

Earlier this week, he tweeted: Let there be no speculation anymore. Uganda has lost nine soldiers and 12 injured in South Sudan since December 23, 2013.” Ankunda also stressed the success of their mission in Bor.

The rationale behind Uganda’s intervention into South Sudan’s conflict is the importance of South Sudan as a market for Ugandan products. Beyond that, there are fears that instability in South Sudan could spill over the borders into other regions. 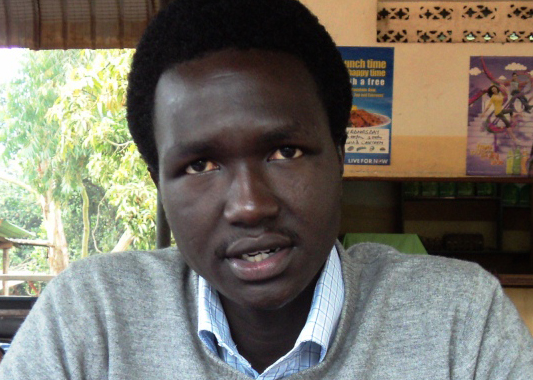 Poth Madit Dut
© The Niles | Abraham DaljangSouth Sudanese are divided on the foreign intervention. Poth Madit Dut, a former Deputy Lakes State Coordinator to Juba wrote on Facebook that he was against UPDF’s incursion in South Sudan.

First, it sends a message to the whole world that South Sudan is a failed state because it has given UPDF a license; it clearly indicates that Uganda has become a colonial master of South Sudan. That way we lose independence to Uganda. Secondly, it complicates the internal crisis of the Republic of South Sudan instead of solving it.”

He added that South Sudan is at risk of a proxy war being fought out on its soil because other countries are opposing Uganda and they may intervene on the side of the rebels.

On the contrary, Abraham Dut said Uganda’s intervention in South Sudan is a justified move, as he feared the escalation of the fighting, potentially spilling over its borders.

In less than three years since gaining independence, South Sudan tipped back into conflict when the fighting erupted on December 15, 2013 in Juba. The fighting spread to other states and is believed to have left over 10,000 people dead and total of 468,000 people displaced according to BBC reports.