A lack of teachers, insufficient writing materials and pressure to leave school early, are all typical obstacles facing school children in South Sudan.

At a conference held early September, the organisation Save the Children brought together students and officials, in a bid to highlight children’s problems to those making decisions. 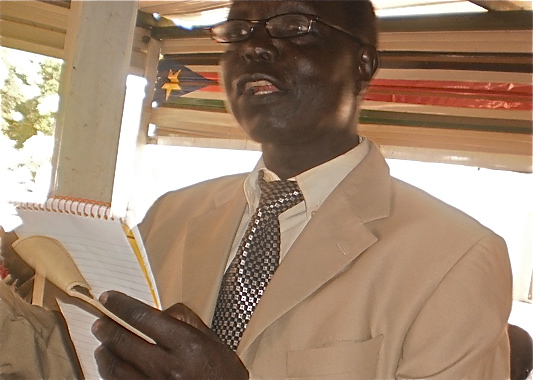 Director General of Education, Jhok Aleu Jhok, speaking to the students in Aweil.
© The Niles | Hou Akot HouGovernment officials need to know what exactly what is hard for the children,” said James Otto, a national project manager for child protection. We need action.”

Madhan Akol is a primary pupil who traveled from Aweil West County to tell of the daily difficulties experienced in his school. We have a shortage of teachers and we lack chairs and school materials,” he said.

Most children speaking at the conference complained their schools lacked staff. Forced and early marriages also pose a problem for some girls, meaning they have to halt their studies early.

Mary Adhel Athian from Majak-Akoon primary school said girls can only complete their education with strong support and guidance from their parents.

The outlook for girls in South Sudan is particularly difficult. UNICEF has estimated that fewer than one in a hundred girls complete primary education. Meanwhile, the gender gap is widened by the fact that just seven percent of the teachers are women.

Looi Chan Chol, a pupil from Aweil, said they were often not taught in English, the official language of the newly formed nation. 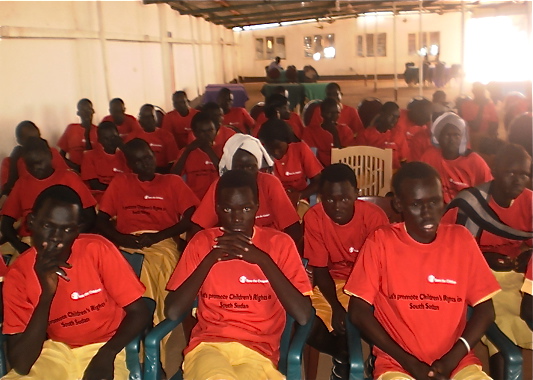 Pupils attending the conference in Aweil.
© The Niles | Hou Akot HouWe were given Arabic teachers and we are not supposed to be taught Arabic,” Looi Chan Chol said. We need the Ministry to address this. When we talk no one acknowledges us.”

Although the government has outlined education as a priority, they have a long way to go. Basic schooling remains a luxury. According to the United Nations Development Programme (UNDP), only 27 percent of South Sudanese can read, the worst literacy rate in the world after Mali.