It is all very well to negotiate a peace treaty. But it is far harder to keep the peace. This was part of the reason for a recent community summit held in Gok Machar, capital of Aweil North County in the state of Northern Bahr el-Ghazal.

Representatives of the Dinka Malual community and the Rezigat community met during what was called a Peace Review Conference” on June 29 and 30 to look at how to implement and consolidate agreements arising from recent peace conferences, including one in January this year. 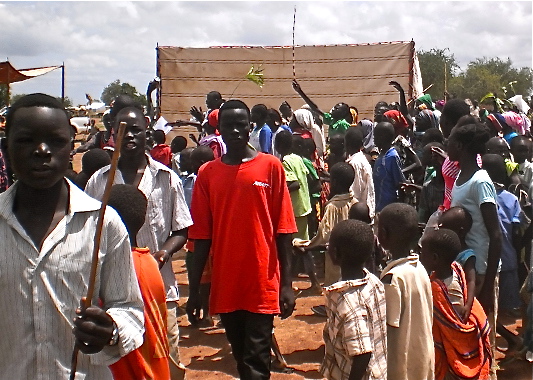 Residents dance as the peace talks continue, June 30.
© The Niles | Hou Akot HouAs community leaders arrived, school pupils welcomed them with songs and local women ululated in celebration. The locals said they appreciated the conference as they felt the state authorities were taking the opportunity to make further peace with the nomadic communities who came from across the border in Sudan.

We like these initiatives because we think that if there is a peace between the Dinka and the Rezigat communities, then we will be able to educate our children properly,” explained local school teacher Atem Wol. If parents are scared, they don’t allow their children to come to school. But if this peace continues, that could all change.”

The initiative was organised by AECOM, a Fortune 500 firm that provides professional technical and management support services around the world, as part of the USAID-funded Sudan Transition and Conflict Mitigation Programme. 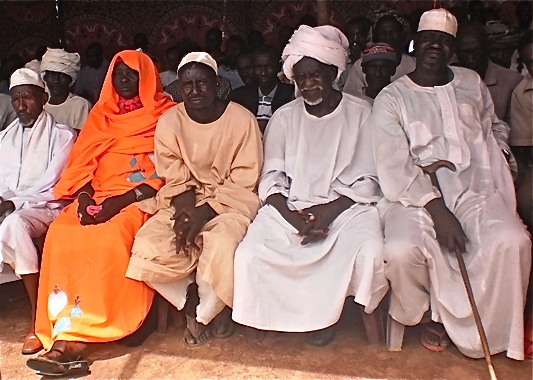 Chien argued that there had been too much back and forth. If you go to a tailor to mend your clothes and he does that -- but then you destroy the clothes again and come back a second time, or a third time, the tailor will not help you again,” he said. Why do we make peace with you, if all you do is come back for more negotiations?”

If steps were not taken to exploit the peace agreements seriously, Chien threatened not to meet with the Rezigat community again.

On the other side of the fence, leaders of the Rezigat community urged the Dinka community to forgo any desire for revenge. And speaking through an interpreter, a member of the Rezigat peace committee, Sadiq Ahmed, confirmed they will do all they can to maintain peace.

The deputy governor of the state, Madut Dut Yel, was also present at the meeting and he urged the two communities to act responsibly. 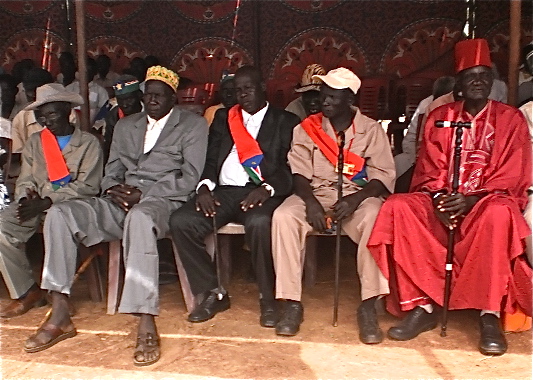 Community leaders listen keenly to the resolutions from the conference, June30.
© The Niles | Hou Akot HouIt seems that some amongst you believe there is no real law in South Sudan and therefore they can do what they please,” he said. But I want to tell you that every citizen -- whether Rezigat or Dinka -- deserves respect. We [South Sudan] have become a nation and that is why we are following the rules of good governance and democracy.”

The outcome of the conference was a number of resolutions which were read out by one of the conference organisers. One of these was compensation for any deaths: 41 cows or the equivalent in cash was the price of a life. Others involved agreeing to allow pastoralists who were unarmed access to water and grazing along the shared border: this had been a major source of conflict.

Both parties renewed their commitment to a long lasting peace between the two communities.

The two communities deplore war and they commit again to end a senseless, vicious cycle of self-destruction that is an impediment to local development,” the conference members declared in a statement of resolutions.