South Sudan, amid ongoing fighting which has killed tens of thousands, is a notoriously difficult place for journalists. In addition to routine threats and harassment, the organisation CEPO estimates that at least eight journalists have been killed so far in 2015, including former The Niles contributor Peter Julius Moi.

Edmund Yakani, the organisation’s director, said they registered three incidents against journalists in nearly three days in different cities of the country in early November.
CEPO said the incidents were registered in Bor, Yei and Torit on the first and second day of November where journalists were warned not to cover certain events.

“We have seen recently an incident of one of the Arabic newspaper journalist who was called to answer some questions by the national security. We have seen journalists who have been scared by receiving (threatening) phone calls.”

He said two journalists were warned on the first day of November and on the second a journalist was asked not to cover a story in Yei. “We have one incident in Torit that a journalist was told not to cover issues related to summoned ministers by the parliamentarians on certain financials issues that involved a case of corruption,” the organisation said, adding that covering corruption cases is highly dangerous for journalists.

The organisation reiterated its calls for the release of Radio Miraya Journalist George Livio who has been in detention for months.

Yakani announced the launch of the Journalist Safety Fund to cater for training, safety kits, evacuations and emergencies to reduce crimes against journalists. He said the fund will also help journalists in legal matters.

Central Equatoria State Minister of Information Emmanuel Adil, a guest at the end of the two-day conference, assured media workers of the government’s support. “Journalists are partners with us in government because they reform, they enlighten and they transform the society,” Adil said.

The Union of Journalist’s Chairman Oliver Modi urged journalists not to give up serving the public, adding that information on health and other issues needs to be disseminated to the local communities.

“Regardless of the torture, intimidation, the harassment, the arrest and killings - eight of them this year - we have reached a disaster level but we have never given up. We have to go ahead for the sake of the people of South Sudan. We are not here for ourselves, we are not here for individuals but we are here for the people of South Sudan. My fellow journalist, I know the threat is too much for you, but I would like to appeal to you that the future of this country really is in your hands. We must not give up.”

South Sudan Police spokesperson James Monday Enocka recognised the role of the media in informing and educating the public, stressing the importance of protecting the industry and its employees.

“The loss of eight Journalists in single year is a big loss to South Sudan,” he said. “I want assure you that the government will do its best that the law takes its course every efforts will be exerted to bring these perpetuators to book.”

The police spokesperson called on the public to help supply information that leads to apprehending criminals targeting journalist. So far this year, no suspects have been detained for any of the killings of journalists. 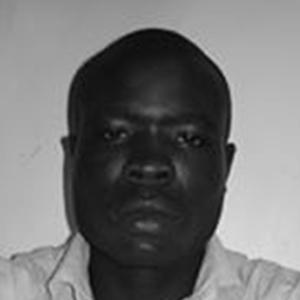 Conflict and a lack of press freedom scares off media investors in South Sudan
All articles are available for republishing. Please notify us via email when you syndicate our content. Thank you!
© 2021 MiCT, all rights reserved.