An officer checks the expiry dates of goods in Kuajok, November 20.

During a four-day-long crackdown in local markets, police officials found several traders selling commodities which were no longer in date.

According to the Public Health Supervisor Julia Awien, a total of 31 local and foreign traders were found with expired commodities. 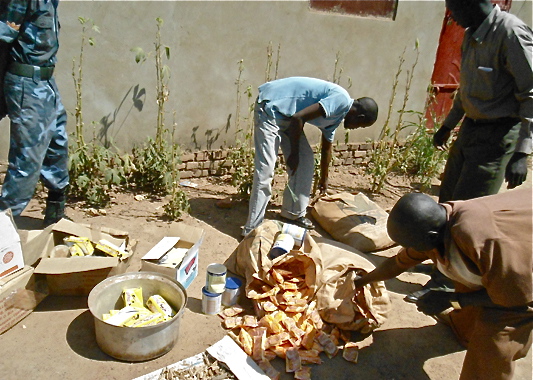 We discovered that they sold their expired products at night and over the weekends meanwhile bigger portions of those goods are taken to counties and villages to be sold.”

During the crackdown, several shops were closed down including three shops with over 3,000 crates of beer. Among other goods seized were 40 bags of flour, 78 bags of rice, over 40 cartons of power milk and more than 20 damaged bags of sugar.

Abel David, an Eritrean who sells extra beer in Kwajok, argues that he was not selling but was simply storing them before sending them back.