Tuberculosis infections double after NGO pulls out in Rumbek

A TB patient in Rumbek.

Tuberculosis (TB) is sharply rising in Rumbek, after the non-governmental organisation Malteser International passed responsibility over to the state government.

Fewer cases were reported last year, prompting Malteser International to hand the programme over to the government, suspecting that the disease was being wiped out. However, Lual Yueu described the current situation as alarming”.

We have recorded 146 patients between January to October, posing the threat of pandemic infection if no immediate action is taken,” said Peter Lual Yueu, a clinical officer in Rumbek TB department.

TB is an airborne disease that can be passed on to other person through droplets including coughing, sneezing, sharing of cups and sleeping with infected person in a room without ventilation. 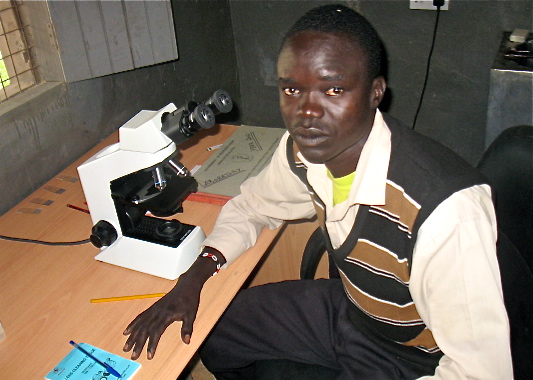 One TB patient can infect 50 people if they are not treated, making the state vulnerable to a TB epidemic.

Part of the problem is economic: We only admit patients as outpatients because we do not have food to feed them, Ater said, adding that the non-governmental organisation had always fed patients.

Some patients terminate their treatment because of food, these are the people who are dying of the disease in the state,” he added.

Communities to be aware of this in order to avoid drinking milk and eating the meat of infected animals,” he said.

When Malteser International was in charge they launched outreach awareness in other counties as they did not find cases in the community last year.

It was about to be eradicated in the state,” Lual said. We conducted two outreaches last year but did not find any TB patients. Now the infection rate is high.”

Machuei Mawat, a TB patient in Rumbek said he was admitted to hospital in May and his health has improved greatly during the treatment, which typically lasts six to eight months.

I coughed blood and other people told it is traditional sickness that can be treated magically,” he said. I paid six goats and six chickens for local treatment, but that did not cure me. When I came here I was unable to walk on my own but now am good and healthy,” he said. I appeal to people with a prolonged cough not to be cheated into traditional treatments that cannot help.”