Personnel from the UN Mission in South Sudan (UNMISS) arrive in Mayom, Unity State, to evacuate wounded civilians after a series of air strikes (16.04.2012).

Although Nyagai, a mother of two, lives in a relatively peaceful city, she has never enjoyed true peace of mind. She worries about a catastrophe befalling her homeland, where she still has family.

The conflict between Sudan and South Sudan has spilled over to Unity State, which lies within striking range of bombardments and is where Nyagai's family lives. The recent bombardments on Unity State is making life difficult for her. Nyagai says she can hardly eat, sleep, or have a good rest. 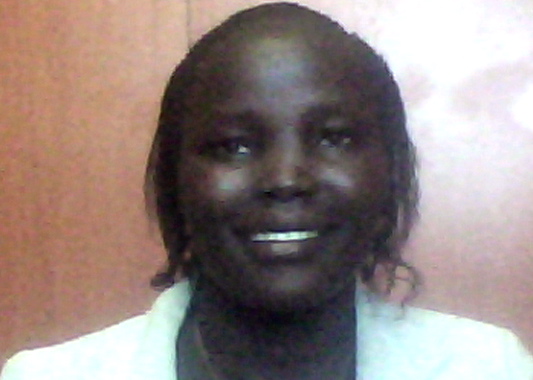 Maria Nyagai lives in Kampala, the capital of Uganda. She is from Unity State, South Sudan, where most of her family still lives (24.05.2012/Ochan Hannington).I could lose my entire family there any time. We have property also,” Nyagai mumbles. From her tone and the look on her face, one can feel the pain in her heart. My life is deteriorating because I cannot stop worrying,” she says.

Mbeki recently met the two presidents, Omar al-Bashir and Salva Kiir Mayardit to urge both sides to resume negotiations as stipulated by the United Nations Security Council Resolution 2046, calling for cessation of hostilities and an immediate return to the negotiating table.

Although talks between South Sudan and Sudan resumed this week in Ethiopia’s capital Addis Ababa, tensions between the two nations continue.

Other states are also suffering as a result of the ongoing conflict. Prices of commodities are skyrocketing, and this has triggered a number of other issues, the most important being a scarcity of fuel, which, in turn, pushes its price even higher. The cost of fuel also affects the price of other commodities, including food.

In Yei and other places in South Sudan, having three meals a day is becoming a luxury for a number of families. Some people only have one meal a day. The situation seems to worsen daily and will continue to do so unless border conflicts are resolved.

Ben Lutaya, an Ugandan middleman based in Kampala, supplies Japanese auto parts to his clients working in major towns. He says that he is beginning to feel the pinch of the ongoing tensions along the border. 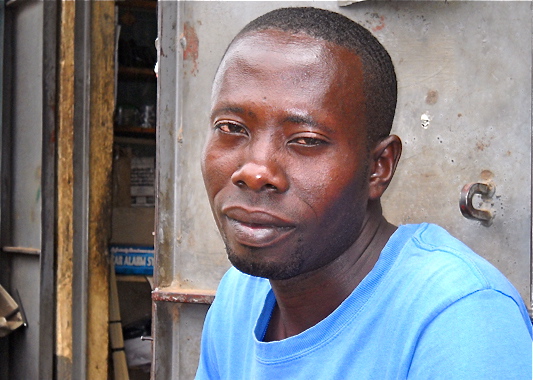 Ben Lutaya in Kampala trades with partners in South Sudan (10.05.2012/Ochan Hannington).Business is irregular now, since demand has drastically gone down,” he says. It’s becoming hard to trade on that side.”

Lutaya seemed to be speaking on behalf of his fellow Ugandan traders when he said that he feels the war is not only bringing crisis to South Sudan and to Sudanese nationals, but also to others as well, including people like him.

One high-ranking officer in the Sudan People’s Liberation Army (SPLA) who asked for anonymity says that he has been around the oil-rich Heglig area since the conflict began. He adds he will fight on if the need arises. My job is to fight. And my motto is to win the battle,” he asserted.

Unless the two elephants reach a final agreement on the outstanding post-independence issues, people like Nyagai will never have peace wherever they are. Devastating memories will always haunt them and fear for their relatives' lives will not cease unless peace is reached between Sudan and South Sudan.