The plight of Kenya’s River Kisian

Married at just 13, Mary Akinyi Ouko joined the community in Kisian as a child. For the last six decades, she has spent in this community, Ouko and her family have been deriving their livelihoods from the River Kisian.

“To be honest with you, I have no idea where this river comes from,” says Ouko. The River Kisian River originates from Maragoli Forest and is surrounded by the catchments of Riat and Kodiaga hills in Kenya’s Kisumu District.

Ouko is sure of one thing though: this river means everything to her and the community. It is the community’s water source for drinking, cooking, washing, farming and livestock keeping. It has served their great-grandmothers, who passed it on to them, and now they pass it on to their grandchildren. It has been like an oasis that keeps giving, never relenting when needed.

Farming along
the river
helped me.

The farmers in Kisian grow vegetables, maize, sorghum, beans, green grams and cowpeas. They use water from the River Kisian for irrigation. Hundreds of farms line up along the banks of the river. The chiro (community market) is swamped with produce from nearby farms and gardens that farmers, businessmen and women display every evening for sale.

“I once invested in agriculture when it was clear I could not get a job after university. I needed to fend for my family. Farming along the river helped me get water easily to irrigate my fruits and vegetables, which I would sell to the market women at a profit,” says Francis Oduor, a former farmer and Egerton University graduate.

But the so far flourishing agricultural and economic activity in Kisian is at stake, as the suitability of the land for irrigation and agriculture is an arising matter given the pressure on the finite resource.

The study found that expansion and intensification of agriculture are crucial for ensuring food security, improving livelihoods, and reducing poverty in the basin. Improving irrigation facilities is considered a key strategy to enhance agricultural productivity.

According to the study, in Ethiopia, Kenya, Sudan and Tanzania, the irrigated (cropped) area is less than the area equipped for irrigation due to a mismatch between the available water supply and the demand.

In an NBI technical report entitled ‘Mapping land suitability for irrigation in the Nile Basin’, NBI classifies the River Kisian area as “marginally to moderately suitable for irrigation”. The report evaluated land suitability by assessing the soil and terrain, topographic slope, and various physical and chemical soil properties.

Human activities, including deforestation and cultivation along River Kisian, are leading to an increase in water temperature, conductivity, total suspended and dissolved solids, and turbidity, according to Kenya Marine and Fisheries Research Institute (KMFRI).

Resource /
Deforestation 101: Everything you need to know

Animal overuse of riparian areas has also been found to increase ammonia and nitrite due to increased runoff of animal wastes into streams. Near-stream human activities like sand mining, bathing, laundry, and row crop agriculture have significantly influenced stream habitat and biotic characteristics.

Over the years, the banks of River Kisian have been subjected to large-scale sand harvesting, leading to significant soil erosion during heavy rains or flooding. River Kisian is known to break its banks during such seasons, but landslides tend to cause widened banks because of harvested banks.

The area receives bimodal rainfall, with one short season from October to December and a long rainy season from March to July. During periods of heavy rain, the upper catchments of the river experience exceedingly high rainfall causing the river to flood excessively, breaking off its banks and inundating low-lying farmlands.

So many women
rely on pottery.

Besides sand and rock, clay soil harvesting is another economic activity degrading the River Kisian environment. Intricate and delightfully carved pots are some of the pottery made from the clay soil harvested from the river banks.

“So many women rely on pottery to feed their families. Clay harvesting has been in our community for years! A few years ago, some potters were buried inside the quarry as they carved out clay,” says Mourine, a resident.

Clay harvesters are often tempted to dig deeper into the banks of the river as it is believed that they can find more refined, softer, and better clay there. The tunnels and quarries they leave behind are susceptible to being washed away by runoff and often collapse.

Children who have to cross the river every day to go to school are also at risk as the bridges are on the verge of collapse and the footpaths have eroded. Despite the visible damages, soil harvesting continues due to a lack of employment alternatives and poverty.

“These sand harvesters are not evil people. They are people we know. They have no jobs. How else are they supposed to support their families?” says a woman fetching water near the slopes of the eroded banks, who prefers to stay anonymous.

When asked how she gets down to the river and up again, she answered: “I am used to it, but it becomes more and more difficult getting water from this side of the river due to the slopes. When it rains, we cannot even come close to these banks – it is a death trap.”

Our children
are at so
much risk.

“We have lost so many of our livestock through this river. If a cow slips in, especially during floods, it is impossible to pull it out. We watch the cows die. Our children are at so much risk as well,” she explained before embarking on the seemingly dangerous uphill climb to her home with a jerrycan of water balancing on her head.

As much as everyone in Kisian knows that activities like sand harvesting cause many of the problems they face, putting a halt to it isn’t easy. People engaged in sand, rock and soil harvesting have outwitted the authorities. When patrolled by the National Environment Authority (NEMA), the lorries that fetch the sand during the day switch to operating at night.

Despite the state ownership of sand under the Mining Act, the exploitation of sand in Kenya seems to have gone rogue. In her 2021 research on Kenya’s sand harvesting and sustainable development, Caroline Njoro states that “free access especially to public lands (rivers and coastal shores) creates a situation of low risk and low cost for a product that is in high demand, thereby creating a competitive race to the bottom scenario”.

“There is no incentive for sand harvesters or dealers to manage or conserve the resource. Any conservation measure equally suffers from the free rider phenomenon. There is currently no way of accurately tracing the provenance of sand resources, hence creating a loophole for illegal sand mining,” Njoro further writes.

A competitive
race to the
bottom scenario.

But Kenya’s ‘Principle of sustainable use’ clearly states that “environmental resources will be utilised in a manner that does not compromise the quality and value of the resource, or decrease the carrying capacity of supporting ecosystems”.

Besides erosion, the sustained harvesting operations affect the river’s water quality. “Excessive harvesting of sand in the River Kisian has majorly interfered with the turbidity of its water and led to the loss of the flora and fauna that used to thrive in the water,” explains Linet Andiego, Water Quality Scientist and former NEMA Water Quality section team member.

Sand plays a vital role in purifying and maintaining clarity in water bodies. When sand is harvested in large quantities, too little is left to filter the water, and chemical fertilisers and insecticides used by farmers along the river banks easily find their way into the river. The runoff alters the water’s pH value.

The rise or drop of the pH value of a river plays a significant role in the survival of the aquatic animals and plants, causing aquatic losses, explains Andiego. The pH variations also affect the families using untreated water, the livestock that drinks it and the crops irrigated with it.

Erosion and pollution caused by increased farming and livestock keeping, clay and sand harvesting have led to massive degradation of the Kisian riverbank ecosystem, affecting animals and plants that previously thrived in and along the river. Once a popular source of fish, the most common being the catfish locally known as ‘Mumi’, fishing on the River Kisian has stopped.

A glimpse of hope?

Just before the River Kisian drains into Lake Victoria, it passes through a small community named Rota. There, the riverbanks have been rebuilt using stone walls and water dikes to withstand erosion and flooding during heavy rains. Sand harvesting has stopped.

James Alai, an 85-year-old Kisian community elder, calls for urgent action to restore the river by borrowing ideas from Rota and deploying additional measures. Some members of the Kisian community have, for example, invested in planting bamboo on the eroded banks of the river.

Bamboo helps with soil bio-engineering. Using bamboo to control soil erosion is a technique that has proven successful worldwide by utilising bamboo’s traits and mechanical abilities as cost-effective means for slope stabilisation and soil erosion control.

“Bamboo grows very fast and covers a wide place because of their nature of growth. They [bamboo] help protect the soil through cover, reducing erosion and maintaining the microbial balance. They also help in soil nutrient balance and reduce water logging,” says Andiego.

Alai and others in Kisian community members have understood the urgency to take action to mitigate the devastating consequences of overexploiting the water resource.

But a handful of people taking action isn’t enough to restore the River Kisian ecosystem and its once thriving biodiversity. Only a collaborative effort by many can save and maintain the River Kisian and numerous other vital ecosystems across the Nile Basin.

This story was produced in June 2022 by InfoNile and Media in Cooperation and Transition (MiCT) in collaboration with the Nile Basin Initiative (NBI) and with support from the Deutsche Gesellschaft für Internationale Zusammenarbeit (GIZ) GmbH, commissioned by the European Union and Federal German Government. 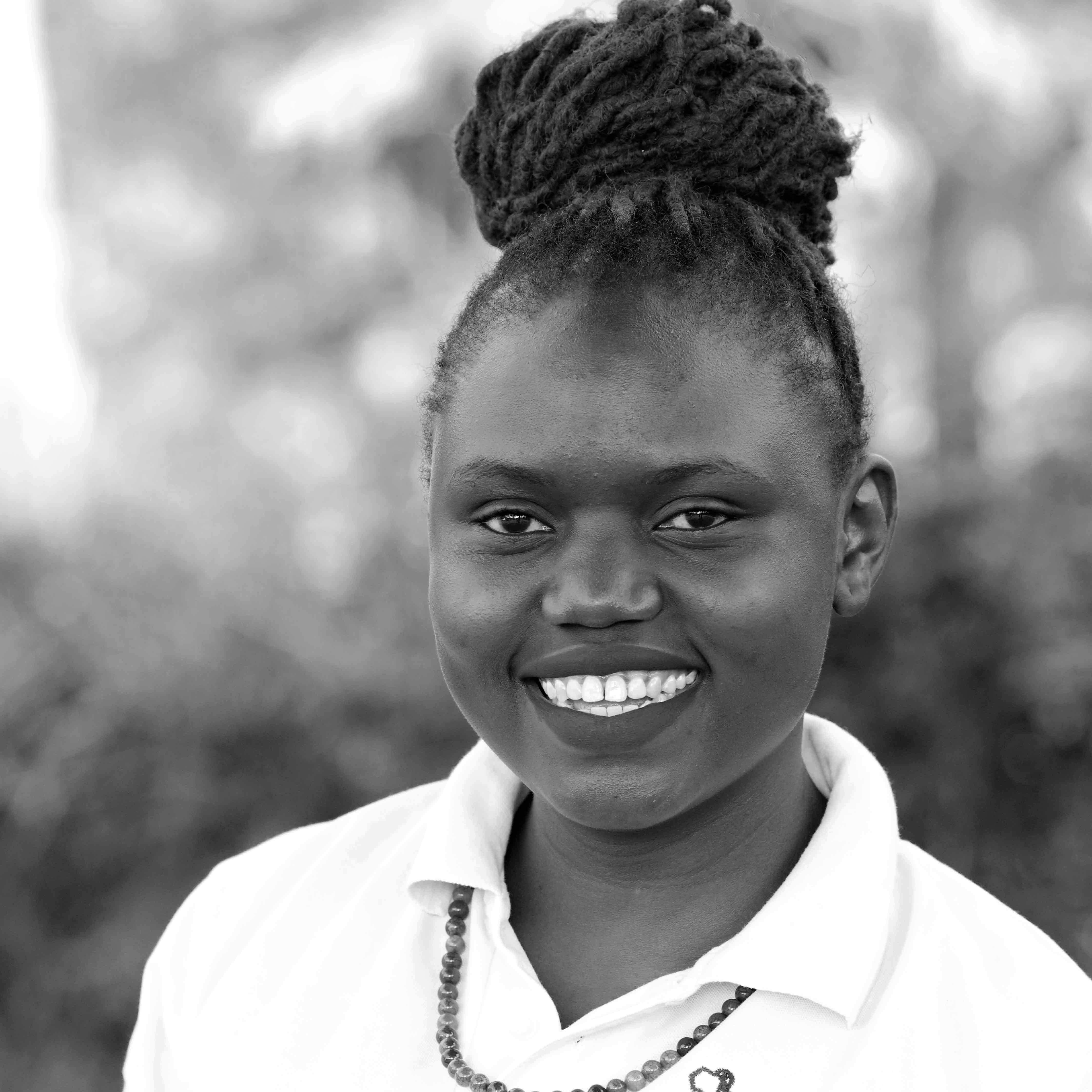 Alis Okonji
All articles are available for republishing. Please notify us via email when you syndicate our content. Thank you!
© 2023 MiCT, all rights reserved.