Going far is precisely what happened when a team of ten reporters came together to work on the video documentary, “The Nile: A shared destiny”, published by The Niles. The film won in two categories, best television entry and best collaborative story.


The Niles: How does it feel to be the winner of the Nile Media Award in the Television category?

Mugume Davis: Well, I feel more passionate and motivated, especially to pursue water-related stories. It’s great to know that your work can have an impact on the world.

Sadiki Businge: Yes, I am equally motivated to do stories about water or just the River Nile and do as many environmental stories as possible.

TN: Why did you work on this particular story?

SB: The River Nile is the world’s longest river; it was important to work on this story to understand it even better.

MD: Millions of people who live along depend on it directly or indirectly. River Nile water provides water for domestic use, irrigation, and energy in the form of hydropower. The river is also a habitat for wildlife, provides fish and is a source of revenue through tourism. Working on this story offered an opportunity to highlight not only its importance but also its beauty.

TN: Do you think your story and all the other stories you produce have an impact?

MD: Definitely. Not just my story but any story about the River Nile and the environment. Water issues need a lot of attention, and the only way to do this is by having more coverage – keeping it in the media and people’s minds!

SB: Our stories are raising awareness in educating our communities. I think an aware community is the greatest weapon against water degradation. So yes, in that sense, our stories have a considerable impact.

TN: Journalism is often a daring job. What is your motivation?

SB: They say curiosity killed the cat, but I would say I am very curious about water issues. Consequently, I have been able to dig up complex issues, bring them to the light and share them in simple terms for my community to digest. I believe that the impact they bring, such as learning to preserve the environment, makes it so rewarding.

MD: There have been efforts for the members of the NBI trying to forge new ways of equitable use of the Nile, and this should be recommended. But the leadership in the Nile Basin should do everything to share information more and create more platforms for discussions about the Nile.

SB: My take is that there should be better agreements on using the Nile water resources.

TN: How can both the media and journalists contribute to foster more and better Nile Cooperation?

MD: I think that The Niles, for example, has done a great job uniting journalists from across the ten NBI countries. Such work should be encouraged.

SB: NBI and partners should more often organise partnerships where journalists from across these NBI countries can collaborate, network and brainstorm, bringing many new stories to the light.

TN: What is the difference between working alone and collaborating with other journalists on a story?

SB: Two heads are better than one. The chances are that when you collaborate, you share your experience and skills, meaning you make a better product than if you were working alone.

TN: What challenges did you face while working on this collaborative story?

SB: I wouldn’t say it was a big challenge, but the fact that you are many people working on the same project means that you may have too much material, and it is not easy to decide what to omit or use for the final project.

TN: And how did you overcome that?

SB: As a team. We democratically agreed on what we thought was the best material for the final project.

TN: Will you work on collaborative stories again in the future?

SB: Most definitely. And I would recommend to other journalists to seek colleagues to collaborate with whenever possible. 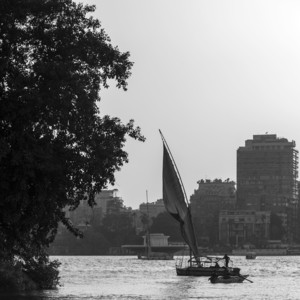 The Nile Media Awards 2021
Are you more of a number or a word person?

Dessert
What’s wrong here?
All articles are available for republishing. Please notify us via email when you syndicate our content. Thank you!
© 2022 MiCT, all rights reserved.