Resource depletion
Planting life, one tree at a time

A tree at the shores of Lake Tana, Ethiopia. (photo: The Niles | Bullen Chol)

“With unique collective action, voluntary labour and the involvement of youth, the people of Tigray are restoring land on a massive scale. Erosion has decreased significantly, groundwater levels are recharged, and the uptake of sustainable agricultural practices made a significant contribution to food self-sufficiency and economic growth,” the UN press release announced.

Eighty-five percent of Ethiopia’s population lives in rural areas, and more than 90 percent of their energy comes from burning wood.

The last five decades of rapid population growth has put more pressure on natural forests and increased the demands for timber, increased land grabbing and grazing and led to deforestation and land degradation. As a result, Ethiopia has repeatedly suffered from chronic drought and famine in the last 50 years.

To tackle the problem the Ethiopian government, in collaboration with non-governmental actors and local communities, has engaged in nationwide re-greening efforts in the past decade.

A massive tree-planting campaign has registered increment forest coverage and resilience to climate change. According to the 2017-18 annual report of the Ministry of Environment, Forest and Climate Change the total forest coverage in Ethiopia rose to 18.5 percent from less than 3 percent in the year 2000.

Resource /
Deforestation 101: Everything
you need to know

From September 2017 to August 2018, in different parts of Ethiopia 3.57 billion trees were planted, 72 percent of which have grown, according to the ministry’s report.

The government’s annual economy review report from 2017-18 illustrates that 6 percent of Ethiopia’s annual gross domestic product (GDP) comes directly from the forest. In addition to this, the sector plays a vital role in the growth of construction, carbon trade and rural job creation.

The nationwide tree planting and environmental conservation initiatives have been crucially beneficial to farmers who have now access to more water, allowing them to ensure moisture and keep fertile soil from degradation.

The Bahir Dar training gave me great insight into how the ongoing climate change and disintegrated conservational work critically threatens the Nile Basin. Personally, I am trying to properly manage pollutant products such as plastic bottles, which is a significant source of environmental pollution in my residential area. Together, with my neighbourhood, we have started collecting and supplying dry waste products to recycling rather than throwing garbage in open places as we did before. 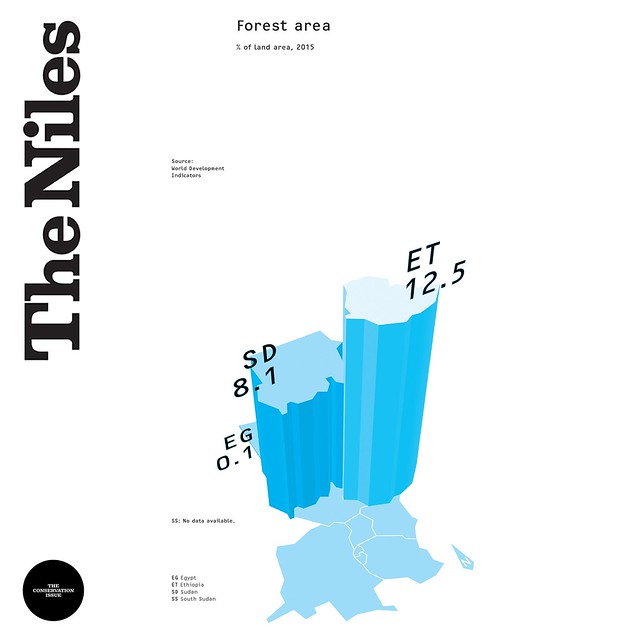 The many conflicts within the Ethiopia-South Sudan transboundary conflict

Forging a new path between Ethiopia and Sudan
All articles are available for republishing. Please notify us via email when you syndicate our content. Thank you!
© 2022 MiCT, all rights reserved.