John Chol, 41, and Samuel Majur Machola, 51, both live in Bor, married, and have many children to provide for. Their most important connection, however, is that they both rely on the Nile to secure a regular income: Chol is a farmer, and Machola is a fisherman. Neither started out in these professions and yet, both are grateful to have changed their life paths to reap the benefits of the river.

“We are not fishermen, but the challenges of life have made us venture to fish in an effort to feed our children,” Machola says.

For Chol, the agricultural business is quite profitable, and he sees the Nile as a “blessing”, allowing him to feed, educate and provide for his family. “We had about ten acres, and now that we have the money, we are going to increase our acres,” says Chol.

For Machola his livelihood is far less predictable, as his nets sometimes come back empty. Even when he sells fish in the nearby market, the money hardly covers his family’s basic needs.

As population numbers increase, so will the overuse of the river.

Chol and Machola’s stories mirror the fates of thousands of people who live and work along the banks of the Nile. The river’s water is a currency that is converted into food, clothing, and education for thousands of families in the Nile Basin countries. And although this reliance on the Nile gives hope to many families, if taken to an extreme, could also lead to its depletion.

Hydrologists say activities carried out by the likes of Chol and Machola that rely on the River Nile, are expected to double in 30 to 50 years, as national and regional populations grow.

However, the amount of water in the Nile River has not increased over time. In fact, the hydrology of the River Nile has not significantly changed for the past 200 years. These two factors combined forecast deterioration in quantity and the quality of the river. As population numbers increase, so will the overuse of the river, through agriculture, fishing and industry in Nile Basin countries like South Sudan, Ethiopia, Sudan and Egypt.

Competition for the same source

“For each additional person that is born within the Nile Basin you need 1,000 cubic metres of water to fulfil all the demands and requirements for the livelihood of this person,” Alarabawy says.

For each additional person that is born within the Nile Basin you need 1,000 cubic metres of water.”

This trend in population growth and its increasing demand on the waters is likely to increase competition on the usage of the Nile waters among the countries in the Nile Basin. The situation may worsen when underdeveloped countries like South Sudan start to industrialise their economies.

“As your standard of living improves you need sanitation, washing, etc.,” says Dr. Wubalem Fekade, a specialist who has been working for over ten years as Head of Social Development & Communication at the Eastern Nile Technical Regional Office or ENTRO, an arm of the NBI.

“Population growth is putting pressure on the water system, through the demand for food, energy, urban use, and industrial use. When you have to feed more mouths, you have to energise more houses, and there is increased urbanisation. Governments and countries are pressured to supply for this growing population. So it is self-evident that a growing population will require a growing amount of water directly or indirectly.”

South Sudan is one of the NBI member states with the poorest infrastructure and with currently very little industrialisation. At least 90 percent of the population lives in the capital Juba and depends on the Nile for domestic use, this is just on a small scale, says Eng. Thomas Jang, a senior government official at the South Sudan Ministry of Water Resources and Irrigation.

Jang agrees with Fekade. He expects much more use of the Nile, should stability return to the nearly five-year conflict-stricken South Sudan. Jang says industrialisation, which will demand good use of the Nile waters is expected to pick up.

Unprepared for the future

There is still neither a clear strategy nor preventative measures put in place by the government to ensure economic activities carried out by fishermen and farmers like Majur and Chol do not lead to harmful environmental threats such as deforestation and lowering water supplies.

“There is a vision. There is an overall policy and strategies for the entire Nile Basin on how to manage the Nile Basin water resources. But these policies and strategies assume that there is no control whatsoever on the population growth,” Alarabawy says.

“If countries cooperate more in 30 to 50 years we will have everything under control,” Alarabawy insists. “NBI member states need to try to limit the population growth to a manageable figure – that 2.5 percent [growth] is too much,” he continues.

“Compared to Europe, Australia, [and] many places around the world, this is double or triple the average. NBI member states should develop common principles, approaches and methodologies, applied collectively.”

Alarabawy points to European countries that share the River Rhine, which became polluted following the peak of industrialisation decades ago in Europe.

The countries sat down, agreed and developed laws and master plans including norms and standards to be followed by all the states sharing the river.

Fekade agrees with Alarabawy, adding no single country can address the growing threat of population pressure on the Nile water. “The Nile will remain a shared resource forever,” says Fekade.

As a journalist who had not previously reported on the environment, I came to learn that life is completely attached to water, without which, most living things on earth would vanish. I have become inspired to think about pioneering a project that will focus on climate, with the purpose of addressing problems such as ignorance amongst the society where I live and how to conserve and protect the environment. 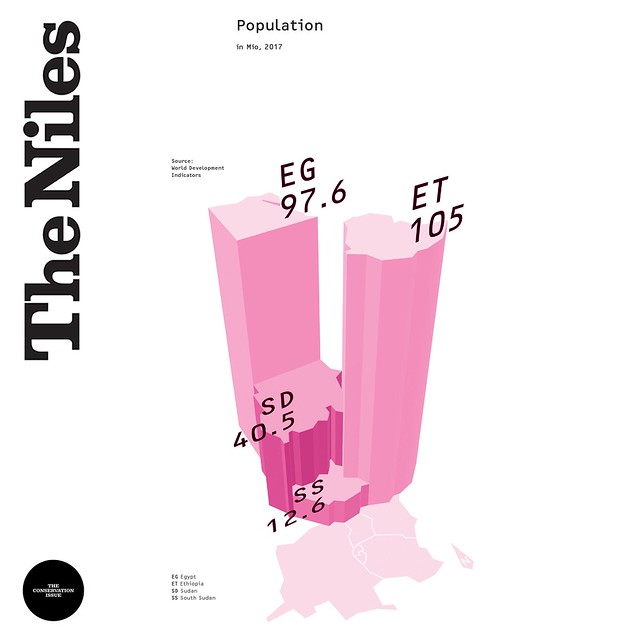 Review
Do we need a framework for dams?

Interview
Why dams matter
All articles are available for republishing. Please notify us via email when you syndicate our content. Thank you!
© 2023 MiCT, all rights reserved.