Water hyacinths: both beauty and beast

Lake Tana, Ethiopia’s largest and Africa’s second largest lake is gradually being overrun by an aquatic weed – the water hyacinth.

The plant, locally known as Emboch, has already covered 50 thousand hectares of the lake, according to Bahir-Dar University.

Since the water hyacinth was discovered at Lake Tana in 2012, by biologist Dr Ayalew Wonde, fragmented efforts have been underway to control the plant’s spread.

The Amhara Regional government and other concerned parties have started large-scale campaigns to mobilise communities in the affected areas.

Although a huge amount of human labour and money was utilised over the past years to clear the weed, it continues to spread at an alarming rate, according to Bahir-Dar University Research Centre.

Dr Kefyalew Temesgen, a biologist and researcher on Lake Tana explains why the ongoing efforts have failed to make a significant impact in controlling the spread of the water hyacinth.

The major challenge is that the weed naturally revives itself very quickly.”

“The major challenge is that the weed naturally revives itself very quickly. The water hyacinth reproduces itself in three weeks or less, depending on the available nutrients in the lake,” said Kefyalew.

“Unless the hyacinth is rooted out, ground, and burnt down quickly, it will easily reproduce itself and the current traditional way of using human labour to remove the weed will make it very difficult to fully eradicate it,” he added.

Researchers recently revealed that the weed also saps available oxygen from the water and obstructs the photosynthetic activities of underwater plant species and flora, thereby damaging the biological diversity of the lake.

Fishermen residing on the Fogera side of the lake, in the Amhara regional state of South Gondar Zone, confirmed that many species of fish and other aquatic life forms in the lake are declining in number and could eventually face extinction as the spread of the weed continues at an alarming rate.

Ashebir Belay, 42, is a resident of the Fogera locality and has been fishing on Lake Tana since he was a child. He says he has seen a critical decline in the biodiversity of the lake during the past few years, which researchers attribute to the weed’s adverse effect on the ecosystem.

“The livelihoods of communities have been affected following the invasion of the dangerous weed. We use Lake Tana as our primary source of food and transportation,” said Ashebir who supports his six-member family by fishing in Lake Tana.

“The resources of Lake Tana are seriously obstructed by the weed,” said Ashebir. “The number of fish have drastically declined and my day job doesn’t pay enough.”

According to Nature and Biodiversity Conservation Union (NABU), a German NGO working on sustainability and conservation in the region, about two million Ethiopians depend on the resources of the lake, as well as on the wetlands and ranches for their livelihoods.

“The large water hyacinth mat has destroyed the ecology,” said Zinabu Demse, a farmer in Dembiya locality. “The wetlands have now turned into drylands.”

Recent studies indicate that the thirsty weed has contributed to a further contraction in the lake’s area, as it speeds up the evaporation of water from the lake’s wetlands.

The affected areas of Dembiya province on the western side of the lake are home to thousands of fishermen, farmers, and breeders who depend on the lake for their livelihoods.

Fishermen and fish traders further say that the dense floating hyacinth mats have damaged their fishing canoes and boats with outboard engines.

“They are hindering tourists’ excursion activities to the island monasteries,” added Amanuel Hailu, a tourist guide who lives in Bahir-Dar city. Lake Tana is a world heritage site known for its rich biodiversity and significant cultural heritage.

A number of Ethiopians agree that the situation on Lake Tana has implications for regional hydro-politics as the lake is notably the headwaters to the Blue Nile River, which flows to downstream countries, particularly Sudan and Egypt.

It will eventually affect the GERD and will disrupt the flow of the Nile River.”

Studies have warned that unless the expansion of the water hyacinth is halted rapidly, it will continue expanding toward the southern tip of Lake Tana and will then invade the Blue Nile from its source and eventually to the reservoir of the Grand Ethiopian Renaissance Dam (GERD), a multi-billion-dollar power plant project, which Ethiopia is building along the Nile River, near the Sudanese border.

“Unless concerted and collective efforts leading to the ultimate eradication of the weed are taken, it will eventually affect the GERD and will disrupt the flow of the Nile River,” said Biru. 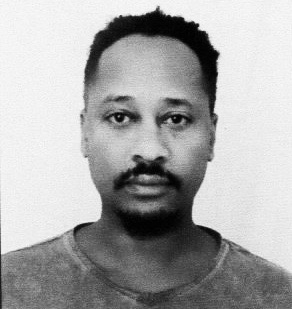 Ingredients
Beware of easy money
All articles are available for republishing. Please notify us via email when you syndicate our content. Thank you!
© 2023 MiCT, all rights reserved.