Children playing along the Nile in Uganda, January 11, 2018. (photo: The Niles | Esther Muwombi)

Nakanda Fatima is a single mother of four who for many years has sold smoked fish to the countless tourists, including rafters, who come to visit the famous Bujagali Falls, the point where the River Nile exits Lake Victoria.

She’s one of the thousands of Ugandans who earn their income from tourism. In fact, travel and tourism have become one of the countries most important sectors with revenues of US$ 1.8 billion in 2016, according to the World Travel and Tourism Council (WTTC).

Like many of the Ugandans who rely on tourism for their livelihoods, Nakanda worries about the environmental impact of things like pollution and overfishing. That has prompted her to regularly meet with others who work here to help preserve and protect their local environment.

I jealously guard the Nile because these waters serve as my office.

“I jealously guard the Nile because these waters serve as my office,” Nakanda says. “I don’t buy young fish from the fishers because first of all it is illegal and you can get arrested. But also because I don’t want the fish to become extinct because otherwise, my business won’t be able to operate anymore.”

Abdul Byekwaso Fazir agrees. He sails merchandise and tourists across the river and is proud of his job. “In a day, I earn between 70,000 and 100,000 Ugandan shillings.” He says that he can’t afford to lose the Nile because it would mean that he loses his daily bread.

Flocks of tourists, both local and international, come here on a daily basis. “There is never a day you don’t get people to sail, and that’s just enough reason to guard this precious river,” he explains.

With the goal of both protecting the Nile and improving their business, the various traders meet every few months to discuss ways to both improve their services and also help clean the river.

“Each time we gather, we either collect money to pay cleaners for the job, or we take a walk along the river stream and clear the clogged and bushy paths and collect the rubbish left by tourists,” Fazir says.

Although several areas along the banks of the river are designated as “protected areas” by the government, it’s clear that in reality there’s often little respect for these rules. For example, several vegetable gardens and irrigation ponds line the banks in these areas.

According to Phillip Ngongaha, the environment protection officer for the Buliisa district, one of the biggest threats the river faces is from the spraying of insecticides and pesticides onto crops. The chemicals spread into the river and kill the aquatic life.

The effect of deforestation along the river is also being felt. According to “The State of the River Nile Basin 2012” report, as a result of human activities, “the area of forest in the Nile countries shrank by proportions ranging from 4 to 39 percent between 1990 and 2008”.

Ngongaha explains that the environment is also affected by poaching, illegal farming and fishing. However, efforts by the government to tackle these issues are being undermined by corruption.

For example, the Uganda Wildlife Authority pays some guards to patrol the river to stop illegal farming and fishing. However, a man who grows vegetables and beans along the river in the Buliisa district and chose to speak on condition of anonymity says that he pays a monthly bribe to one of the guards to be able to work the land there.

Meanwhile, others in the area are working tirelessly to protect the local environment.

My goal is to instil in children the discipline of ensuring the water’s safety from an early age.

One is Bosco Mudomo, a geography teacher at the local Oxford Secondary School. He is on a mission to persuade students there to carry out routine cleanups along the banks of the river.

He has proposed to the school administration that students get a day off so that they and their parents can gather at the river to work on cleaning it up. “As a motivation for the students, we will then carry out water tests to see whether our cleaning has created an impact,” he says.

Mudomo also hopes to raise funds to purchase boats and canoes so that some volunteer parents can help drag trash floating in the river to the banks, from where it can then be collected. That money could also be used to cover transportation costs for students to go to villages and speak about the importance of protecting the river.

The inspiring teacher is confident that once these measures are adopted, it will bring about a great deal of change in the way people use the river. “My goal is to instil in children the discipline of ensuring the water’s safety from an early age,” he said. 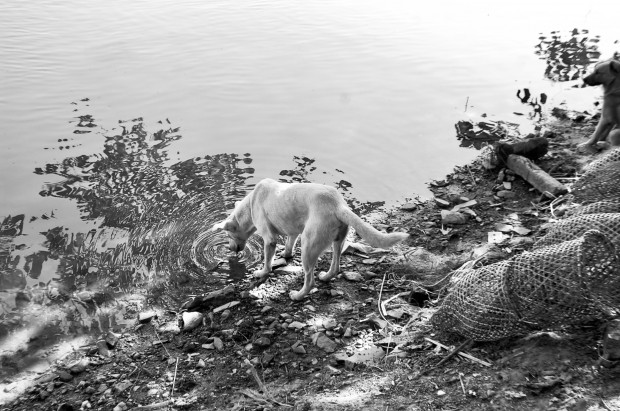 People and animals alike enjoy and depend on the Nile.

This article is part of:
You think of water when the well is empty.
Open large map

Water Security
8 things you didn’t know about the Nile
All articles are available for republishing. Please notify us via email when you syndicate our content. Thank you!
© 2022 MiCT, all rights reserved.