Since time immemorial, Burundians and Rwandans have lived as brothers and sisters. Intermarriages are commonplace, and family bonds span across the border. The two countries’ languages are so close that they are mutually comprehensible.

But the neighbouring countries have eyed each other with mistrust since 2015. That year, Burundian dissidents tried to remove the president – the late Pierre Nkurunziza – from office. The dissidents failed, and many fled the country. Nkurunziza accused Rwanda of backing the failed coup and harbouring the dissidents.

However, the almost seven years of hostilities between the two countries and the border closure have been an anomaly, considering their long, peaceful history and demographic similarities. Both countries’ presidents now say they want good relations, and on March 7, Rwanda opened its border to Burundi again.

Rwanda and Burundi are also members of the African Union (AU)) and the United Nations (UN), which provide extensive channels for resolving disputes. Considering the more conciliatory stance taken by Burundi’s president Évariste Ndayishimiye compared to his predecessor, future disputes will probably be resolved without causing renewed hostilities.

In this renewed climate of cooperation, there is fresh hope that relations between the two countries will be revived and the two neighbours can have better diplomatic, commercial and social ties. This would also pave the way for implementing planned cooperative transboundary projects, like the Akanyaru Multipurpose Water Resources Development Project.

“In addition to power generation, water supply and irrigation, the project will contribute to the development of other auxiliary water uses such as livestock development, employment creation, flood control environmental protection and watershed management, boosted agricultural production, social-economic development and ultimately poverty reduction,” according to the Nile Equatorial Lakes Subsidiary Action Program (NELSAP), one of the three centres of the Nile Basin Initiative (NBI).

The two countries
have to work
together.

Mwasiti Rashid, the NELSAP Programme Officer for Water Resources Management and Development, says the project’s location is “strategic” to blend relationships between the two neighbours. “First of all, one leg [part] of the dam will be in Burundi, and another in Rwanda. For this to succeed, the two countries have to work together from the technical to the management level,” Mwasiti says.

Leopold Nsengimana, a farmer in the Mukindo sector in the Southern Province of Rwanda, is glad at the prospect of reliable energy for his family. The father of three says it has always been difficult providing light for his 11-year-old daughter to do her studies. “Sometimes I don’t have money to purchase fuel which is a challenge for my child’s education,” Nsengimana says.

Nsengimana’s children, including his 5-year-old youngest son, have to walk some three kilometres to fetch water for domestic use. “My heart remains unsettled when my two daughters (11 and nine years old) leave home to fetch water, for you don’t know what may befall them,” Nsengimana says, adding he hopes the project will reduce the waterborne diseases that have long afflicted his family.

The Akanyaru River is the main tributary of the Nyabarongo River. It rises in the western highlands of Rwanda and Burundi and flows east and then north, defining the border between the Southern Province of Rwanda and Burundi’s Ngozi Province before joining the Nyabarongo River. The river’s basin covers an area of 2,650 square kilometres and is part of the Kagera River Basin, which forms part of the Lake Victoria Basin.

The river is rich in biodiversity and hosts at least 54 bird species, such as the Malagasy pond heron, pallid harrier and great snipe. The lower extension of the river consists of significant though unconserved wetlands that are important for most human activities, mainly for farming and during the dry season, people cut and burn marsh vegetation for fertility.

The wetlands and swamps are primarily used for rice growing, maize, sugarcane, sweet potatoes and other vegetables. Besides, the river’s fish provides food and income for the surrounding areas, and bricklaying is a significant economic activity where Akanyaru joins the Nyabarongo River. The Akanyaru River ecosystem and its rich biodiversity make it an interesting tourist destination.

The transboundary project was identified in 2012 by NELSAP and the governments of Burundi and Rwanda with an estimated cost of USD 191 million. It was among the projects approved by the Nile Equatorial Lakes Council of Ministries (NELCOM) meeting held in Entebbe, Uganda, on October 13, 2015.

Comprising of a 52 metres high dam with a storage capacity of 333 million cubic metres, upon completion, the Akanyaru Project is expected to supply water to 614,200 people and irrigate 12,474 hectares of agricultural land, directly benefitting 24,948 farmers. It will also generate 14.5 megawatts of hydropower. “The project is expected to supply energy to at least 141,000 homes and over 846,000 people in Rwanda and Burundi,” says Mwasiti.

We hope that
this project
will offer a
series of
opportunities.

The project also includes the restoration of more than 1,700 square kilometres of degraded watersheds upstream of the dam and the reservoir in Rwanda and Burundi. Besides, it will also provide employment opportunities for both Rwandans and Burundians, especially those living along the river. “Here, we have many unemployed young people. We hope that this project will offer a series of opportunities to unemployed people,” Mwasiti explains.

The funds will be used for feasibility, detailed design and preparation of tender documents, and the independent Environmental and Social Impact Assessment (ESIA) and Resettlement Action Plan studies. The governments of Burundi and Rwanda are to contribute ten percent as a commitment fee for the project.

Jean Bizumuremyi, the Chief of Burundi’s Mparamirundi Zone in Kayanza, says: “We have heard that there is a project to protect the banks of Akanyaru River and its catchments. But the activities have not yet started. We are happy when this activity starts,” he adds.

Longin Majambere, a resident of Cendajuru Hill of Kayanza Province in Burundi, hopes that he and his family will soon have access to clean and safe water. “If the project brings water, it will be a good thing. This will reduce some hygiene diseases. We don’t have potable water.”

Christopher Nkeramihigo, a resident of Gishubi, Gisagara District of Rwanda, says that he is equally pleased that safe and clean water will be available to families. He says: “This will help people, mainly girls, women and young boys, not to spend a lot of time as they go to collect water from distant places.”

At times, Nkeramihigo says, his crops have been washed away by soil erosion when it rains and the Akanyaru River floods. Meanwhile, drought comes when the rains are over. “I believe that the dam will help prevent soil erosions so our food will not be washed away.”

Celine Nzamukosha, a resident of the Muganza sector in Rwanda, agrees, adding that sometimes her crops have dried out for lack of water. “When we have water nearby, even if there is no system for irrigation, I can water my crops so I can always have enough food for my family.”

The project will
help enhance
relationships
between the two
sister countries.

Over the years, people across the Akanyaru basin have only depended on rainfall to water their crops, but people could plant all year round with irrigation.

Joseph Nimfasha, the Director in charge of the Ministry of Environment, Agriculture and Livestock in Burundi, shares their excitement about the Akanyaru project, mainly because “the project will contribute to the promotion of agricultural productivity” and boost food security in both countries.

Very few families in Nkeramihigo’s area have access to electricity. He says he believes that with energy available, there will be a creation of employment such as in welding workshops, milling plants and hair salons.

“Here we have many unemployed people. Even during the dry season, people are not busy. They can have a chance to make money,” hopes Majambere.

Beyond the direct benefits, Nimfasha says, “the project will help enhance relationships between the two sister countries – the diplomatic, commercial and social relationships”.

As a result of improved relations, Majambere says access to medical care will be easier, such as accessing the Butare regional hospital (in the Huye district of Rwanda).

Mwasiti says both Burundi and Rwanda governments have been asked to sign the Memorandum of Understanding (MOU) for the project’s smooth operation.

An assessment was undertaken as part of the pre-feasibility studies, and critical environmental, socio-economic, policy, legal and institutional issues were flagged.

Both Burundi and Rwanda formally mandated NELSAP to prepare the project for full feasibility on their behalf, prepare a detailed design, the tender documents, an environmental and social impact assessment (ESIA) and a resettlement action plan (RAP).

In August 2021, the NBI Secretariat announced that a funds mobilisation process is ongoing for the Rwanda-Burundi Akanyaru Multipurpose Water Resources Development project. 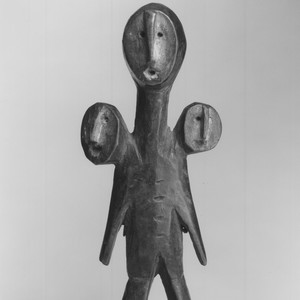 Fabien Niyonizigiye
All articles are available for republishing. Please notify us via email when you syndicate our content. Thank you!
© 2023 MiCT, all rights reserved.