One of the two main Gezira Canals near the city of Al-Hasahisa. (photo: The Niles | Mohamed Hilali)

For some farmers in the Gezira Scheme, one of the largest irrigation projects in the world, the last winter season was a failure, as they faced severe water shortages.

Mohamed Abd Elrahim, one of the affected farmers, told The Niles how the wheat crop was damaged: “The wheat was irrigated only twice with streamlined irrigation, the rest with pumps – until the water was cut off. The result was that more than 100,000 acres were lost.”

Elrahim and other affected farmers reported that they did not receive any assistance from the authorities.

Sudan’s Minister of Irrigation and Water Resources, Prof Yasir Abbas Mohamed Ali, said that the biggest problem is the rising amount of cultivated land. While 400,000 acres of wheat was planned for cultivation, he said that “the actual areas cultivated amounted to more than 500,000 acres”, consequently leading to water shortages.

He announced measures to halt agricultural activities requiring irrigation beyond what is planned for. He said police and a special office for irrigation would monitor for any violations exceeding the plan.

Agricultural production in the Gezira Scheme depends mainly on industrial irrigation, as well as rain between July and October, which helps to water some summer crops.

The Gezira Scheme started in 1911 as an experimental farm for cotton cultivation covering an area of 250 acres. After the success of the experiment, the area was increased year by year until it reached 22,000 acres in 1924.

A year later, the Sennar Dam was opened, and the irrigated area was expanded to about one million acres in 1943. Then, between 1958 and 1962, agricultural land with an area of another million acres was added, known as the extension of Managil, bringing today’s total area to 2.2 million acres.

The project is irrigated by what is known as flow irrigation.”

It is located in central Sudan between the Blue and White Niles, in the muddy plain between Sennar and the capital Khartoum. The project was created to supply the British cotton factories, which continued to form the backbone of Sudan’s economy after independence.

Gezira is Africa’s largest irrigation project and the largest farm in the world with one single administration. It houses more than three and a half million people, and individual farmers have plots measuring between 15 and 40 acres.

“The project is irrigated by what is known as flow irrigation,” said irrigation engineer, Muawia Mohamad Eltayeb. “Water is distributed through a network of canals covering 375.14 kilometres in length, with a storage capacity of 31 million cubic metres”.

Built in 1925, the Sennar Dam is Sudan’s oldest dam, constructed during British colonial rule. It is located in Sennar on the Blue Nile in the Gezira region. It is 3,025 metres long and 40 metres high. It took ten years to complete.

The Sennar Dam was created to store and divert water for the Gezira Scheme irrigation, in addition to generating hydropower, flood control and water supply.

There is no mention in the Ministry of Environment records of any environmental study before the dam was built, reflecting a lack of ecological awareness at that time.

Obtaining hydroelectric power was one of the reasons for building Sennar Dam. Although it is considered renewable energy, it still impacts the environment. For example, the lake formed by the dam destroyed the natural habitat for animals in the area.

Impeding the flow of rivers can also prevent fish from moving freely from one area to another. In addition, there is the risk of lethal floods in the event of the dam collapsing, which could kill thousands of people.

Talal Mohamed, an ecologist living in Sennar, noted other disadvantages, including the prevalence of diseases like Malaria, Bilharzia and Guardia. “Those diseases are all caused by insects living in the dam’s lake,” he said. However, he noted the dam offers advantages.

”It is a source of income for many people around the dam’s lake, enabling fishing and gathering of firewood caught in the dam’s lake. Also, many farmers irrigate their crops from the dam’s water supply, and Sennar’s electricity is more stable than that of many other cities in Sudan.”

During the rainy season in the Ethiopian highlands, the vast amounts of water in the Blue Nile lead to embankment erosion.

Besides the silt, the water carries drowned animals, trees, and rubbish into the reservoir, and finally to the cultivated fields, often devastating crops.

On the way to Sennar Dam, mountains of silt can be seen along the Gezira’s main canal east embankment, indicating a significant amount of silt coming from upstream highlands.

Wubalem Fekade, the Head of Social Development and Communication at the Eastern Nile Technical Regional Office (ENTRO) observed that without the Sennar Dam and the adjacent Gezira Scheme, where upstream sediments are caught, “there would definitely be much more sedimentation downstream”.

Dr Younis Abdallah Gisamallah, from the Directorate of River Engineering and Dams of the Hydraulic Research Centre (HRC) said that while the Blue Nile has an average sediment load of 146 million tonnes per year, sediments inside the Gezira Scheme accumulate to approximately 7.5 to 8.5 million tonnes per year.

“Efficient workers and engineers at the Excavation Corporation and the Irrigation Authority used 40 percent of that silt at the beginning of irrigation, which contributed to fertilising the soil, and then they removed the rest professionally and without damaging the space and volume of channels,” said Hassabu Ibrahim, the 70-years-old Chairman of Gezira and Managil farmers Alliance, who lived all his life at the scheme.

Companies working in the silt removal caused a water shortage.

In 2005, things took a different turn, as private businesses got involved in the silt excavation.

Elsadig Ali, a farmer living in the area, said that “companies working in the silt removal caused a water shortage due to over digging”, reducing the water level.

“They worked without technical guidance and changed canal design – the depth and width,” Elsadig explained, adding that “the water of the canal couldn’t even reach field channels” anymore.

Managing the silt is a delicate procedure, as too much or too little of it causes water shortages in the irrigation scheme.

This comes at a high cost. Officials in Sudan say that 50 percent of the operation and maintenance cost from the ministry budget is used for managing the sediments.

Is there a long-term solution?

Given the resources spent on managing the sediments, and the recurrent water shortages associated with too much or too little sediments in the Sennar reservoir and the Gezira irrigation canals, the search for a long-term solution is on.

“We must change the planting times gradually until the canals and the irrigation network return to what they once were,” said Ibrahim.

The agricultural engineer, Abeer Ali, meanwhile, agreed that planting times should be changed. She also spoke out in favour of stopping the cultivation of crops that consume large quantities of water, like animal feed, for example.

Pivot and drip irrigation should be used instead.”

Ali also recommended using modern techniques: “Modern irrigation techniques such as pivot and drip irrigation should be used instead of flow irrigation,” which would increase water application efficiency and minimise fertiliser and nutrient loss due to a localised application and reduced leaching.

Ali, who specialised in the field of plant protection, pointed out that “modern techniques would avoid the risk of harmful weeds growing, plant disease, and would reduce the large quantities of wasted water”.

The HRC Directorate of River Engineering and Dams see the Grand Ethiopian Renaissance Dam (GERD) as part of the long-term solution. They say, once operational, the GERD reduces the amount of sediments in the Blue Nile and maximises the Gezira Scheme’s irrigation efficiency. 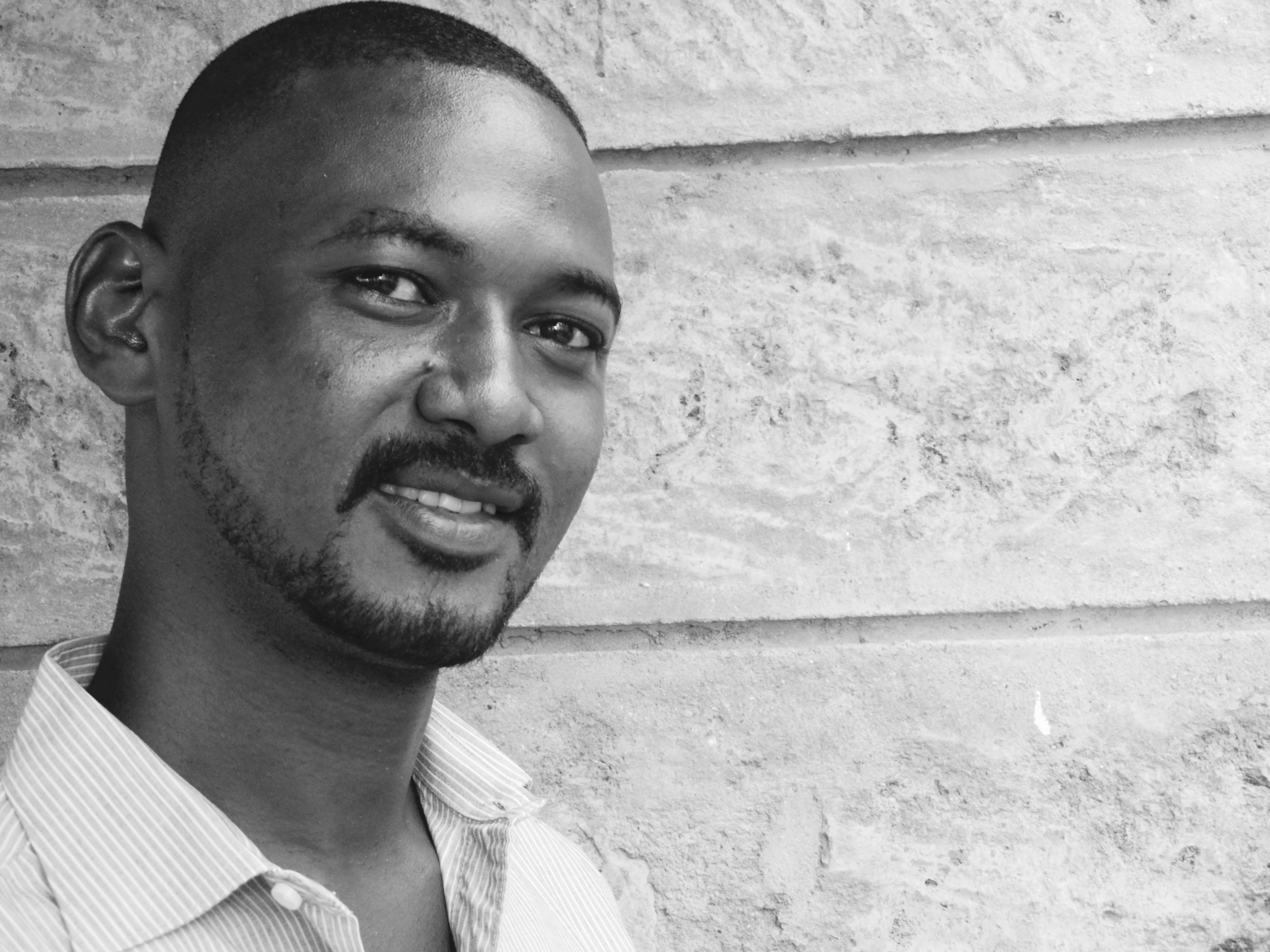 Mohamed Hilali
All articles are available for republishing. Please notify us via email when you syndicate our content. Thank you!
© 2023 MiCT, all rights reserved.