Generators are the principal source of electricity in Juba. (photo: The Niles | Martha Agama)

Long after the city of Juba and its occupants have retired, one can still hear the sounds of generators roaring through the night.

In other parts of the world, generators are used as a backup source of power in cases of blackouts and power surges. In South Sudan however, generators are the principal source of electricity – for both industry and private residences.

Up to 5,000 generators are operating day and night in Juba.

Violent conflict has also resulted in the collapse of the already existing infrastructure. The South Sudan Electricity Corporation (SSEC) that provided power to parts of the country collapsed in 2013. The construction of the Norwegian supported 850 MW Fula Hydroelectric dam was suspended.

The Minister of Energy and Dams, Dhieu Mathok, estimates that up to 5,000 generators are operating day and night in Juba alone, consuming eight million litres of fossil fuel. While these fuels provide the much-needed electricity for day to day activities, like saving lives in hospitals, powering both aid and developmental efforts, it poses a significant risk to air quality and public health.

All the fuel used in South Sudan is imported, despite the country having natural reserves. Nevertheless, there is a lack of local refineries. This stresses an already struggling economy even further.

South Sudan’s generator engines burn either petrol or diesel. Petroleum, which is the most widely used fossil fuel, is one of the most significant contributors to environmental pollution problems worldwide.

Several toxic contaminants are detected in the exhaust of generators which burn fossil fuels, especially diesel. Apart from benzene, which is a cancer-causing pollutant, carbon dioxide (CO2) - a greenhouse gas and a significant contributor to climatic change is equally emitted.

The generators are a source of water, soil, air and sound pollution. Public health is also threatened by the emission of greenhouse gases combined with burnt oils from generators which, if not disposed of correctly, end up spilling into soils and water sources like rivers and boreholes.

Users of generators are mostly unaware of these threats. Ken Kamulete, a generator operator for one of Juba’s high-end hotels, calls the generator shelter the “powerhouse”.

These generators ensure the smooth flow of business.

“The existing challenges are just the high cost and irregularity of fuel, the loud sound and the heat emitted. Other than that, these generators ensure the smooth flow of business.”

According to South Sudan’s first state of environment report in 2018, there has been an increase in incidents of droughts and floods, increased unpredictability of seasonal rains and increased intensity of rainfall events. These have broader negative impacts on people concerning food security, health and safety needs.

“Climate change is having a direct bearing on food security, displacement of people, livelihoods, health, education and other social and economic issues,” Arshad said.

In light of these dangers, South Sudan became a signatory to the United Nations Framework Convention on Climate Change (UNFCCC) in 2014, the Kyoto Protocol. Signatory countries are required to cooperate in reducing average global temperature increases.

“In the Ministry of Energy, we are giving priority to renewable energy, green energy,” said Dhieu Mathok, the Minister of Energy.

We are giving priority to renewable energy, green energy.

Alternative and greener sources that could be exploited include solar power, wind, waterfalls and geothermal heat. Biomass resources in the country include forests, animal waste, and agricultural residues, which are put at a total energy content of about 32 million gigajoules.

South Sudan’s hydropower capacity is up to 5,883 megawatts, and the country has ample sunshine with strong solar power potential (high solar irradiance), estimated at 436 watts per square meter per year.

While solar energy is a cleaner and cheaper alternative source of energy, the initial purchase of solar panels is even more expensive than generators. The other challenge is that solar power might not be able to meet all energy needs and cannot be relied upon when the weather changes and there is no sun. As such, South Sudan cannot as yet transition to a completely generator-free state without putting in place a more reliable energy source such as hydropower.

Purchasing power from the region’s surplus could also be viewed as a viable solution to the energy crisis facing South Sudan. With the construction and near completion of the Grand Ethiopian Renaissance Dam (GERD) project, South Sudan should be in a position to buy extra electricity made available to Ethiopia’s neighbouring countries.

Before delving into writing and becoming aware of the critical aspects of environmental conservation, I did not know how my daily activities impacted the environment. Writing for the conservation issue piqued my interest in more ecological subjects. I am now keen on writing about energy generation, waste management and proper agricultural practices. I intend to advocate for environmental conservation practices through my writing.
Share this article:
Facebook
Twitter
Google+
Visit us:
Facebook
Follow us:
Twitter
Permalink: 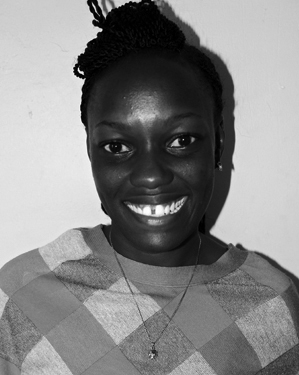 Directions
Eat traditional, homemade foods to stay healthy
All articles are available for republishing. Please notify us via email when you syndicate our content. Thank you!
© 2023 MiCT, all rights reserved.