Reporters attribute their pessimism to what they call a coup” against public liberties. Chief among their concerns is the press freedom that was stipulated in the 2005 Comprehensive Peace Agreement (CPA), whose duration concluded with South Sudan’s independence that took effect on 9 July.

In the starkest example, the National Council for Press and Publications closed down six newspapers (five published in English, one in Arabic), citing a law that prohibits shareholders of foreign origin. Some of the newspapers have affiliations with South Sudanese, whom Khartoum now classifies as foreign citizens.

The suspended publications include the Khartoum Monitor, The Juba Post, the Sudan Tribune, The Advocate, The Democrat and Ajras al-Hurriya. A seventh newspaper, al-Ahdath, was seized by security personnel on the weekend without explanation.

The closures have been heavily criticised by members of the media in Khartoum. 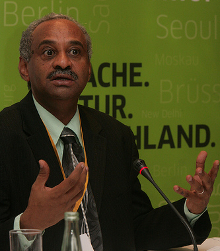 A number of indicators reflect a decline in press freedom at the hands of the ruling National Congress Party (NCP), he said. Foremost among them is a planned amendment to the press law of 2009.

We hoped the law would include more reforms rather than backing away from them,” he said.

Saleh refers to an ill will” on the part of authorities who closed down the newspapers, despite legal justifications.

The law does not allow press institutions to have foreign shareholders,” he explained. The ill will in the enforcement of this law is evidenced in the suspension of the six newspapers just one day before the declaration of the south’s secession, under the pretext that the shareholders are foreigners."

He pointed out that Khartoum and Juba had agreed on a period of nine months to settle arrangements regarding the citizenship status of South Sudanese.

Professor Ali Shummo, chair of the National Council for Press and Publications, said his agency was not involved in the decision to suspend the newspapers partially owned by southerners.

"The resolution was issued by the government,” he said, the council only implemented it.” He denied that press freedom is under any threat in Sudan.

But according to Saleh, a number of Sudanese journalists are in detention. One of them has been in custody for nine months without trial. Another who was sentenced to prison and already completed his term has not yet been released.

Saleh condemned judicial pressure on journalists, saying that the period following the south’s secession has seen an unprecedented number of legal actions against journalists and newspapers, including some carried out by security forces.

The only positive sign, he added, is a movement of resistance represented by the Sudanese Journalists’ Network. 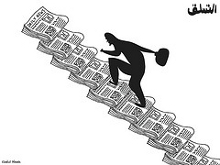 "If political events take an unstable and confrontational course, the press comes under pressure,” he said. But if the situation becomes stable, press freedom will resume as it was during the transitional period.”

Referring to an arbitrary use of law and power,” al-Baz has condemned the newspapers’ closure, saying it was completely unnecessary.

Amira al-Jaali, a reporter at the English daily The Citizen, one of the suspended publications, expressed doubts about the future of press freedom in Sudan and said she anticipated the return of newspaper censorship.

The margin of freedom provided by (the 2005 peace agreement) will be reduced to a minimum and is likely to erode,” she said, because of the lack of genuine conviction” on the part of Khartoum authorities.

"The return of censorship could mean liberal journalists might quit their profession and look for safer jobs elsewhere,” she added.

Worsening economic conditions associated with the newspapers themselves represent a major threat to their survival.”
Anwar Awad

These are aggravated by the state’s monopoly on advertising and distribution operations, he added, which contributed to economic hardship when workers placed under constraints were not paid their salaries on time.

Awad criticized governmental indifference” for ongoing violations of press freedom in Sudan. He has accused the General Union of Sudanese Journalists of "vehemently seeking to amend the press and publications law, while keeping journalists’ registration in order to collect their fees.”

At the National Council for Press and Publications, Professor Shummo said the closure of the newspapers does not imply a cancellation of their operating licenses, adding there is still a chance to resolve the papers’ status if the government agrees to it."