Displaced women in Payang fled SAF air attacks on their homes near the border between South Kordofan and Unity State.

The SAF had advanced into strategic areas during clashes last Tuesday and Wednesday in neighbouring South Kordofan State, which belongs to north Sudan. 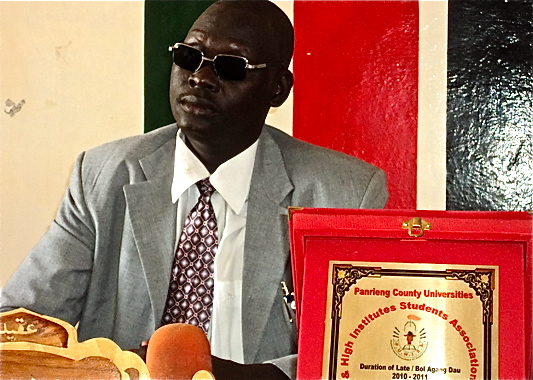 Miabek Lang Miadang Bilkye at his office in Parieng County after SAF air attacks.The Jaw district, about 45 km away from Parieng town, was bombed for three hours on Thursday, Bilkuey said, adding that over 2,000 civilians had fled the area toward Parieng County.

According to Bilkuey, the SPLA took over 13 towns within South Kordofan, a  considerable loss to the SAF. The SAF launched retaliatory air attacks on civilians of Unity State who have no connection to either side in this conflict.

Bonifacio Taban spoke with some of the survivors of the bombardment after they fled to Parieng County: