Hassan Faroog
Al-Masir (the Destiny) is the newest newspaper to be published in Southern Sudan after the vote on secession. It is as well the first Arabic-language newspaper to be ever published by Southerners in the South.
Archive
Share this article:
Facebook
Twitter
Google+
Visit us:
Facebook
Follow us:
Twitter
Permalink:

What is the idea behind publishing the first Arabic-language newspaper in the South, especially giving the sensitivities towards all that is Arab in this region? This question, among many others, were answered by Al-Masir's editor-in-chief Atem Simon.

Q: Mr. Atem, doesn't the idea of a newspaper in Arabic in the South seem strange, especially after the separation has been decided? 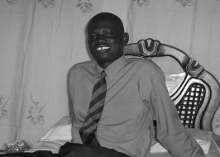 A: There is nothing strange about Al-Masir being an Arabic-speaking newspaper for many reasons. The first of which is the entire new generation of Southerners, who grew up and were educated in the North, and thus speak and read Arabic. This has an undeniable impact on culture.

The other more important reason is that we need to have an Arabic newspaper which reflects the realities of the South and communicates a true image against the distorted one propagated by the North. We want and we need to modify this image, and hence become the reference of all information and analysis about our own country.

Finally, language must contribute to open Southern Sudan to the world. Consequently, our media discourse must be influential in the Middle East as well. We are trying to print copies of the newspaper in Cairo, and we are as well thinking of a copy for the Arabian Gulf.

Q: What is your message to the Arabian Gulf?

A: We seek to present our countries to all other states, with all that we have to offer from resources, such as oil, to investment opportunities. The existence of the press means its contribution to the processes of state building and constitutional dialogue. Our greater ambition is to establish a TV channel and multimedia centre.

Q: Newspapers in the South are all English speaking and Al-Masir alone is different. Will you be able to withstand the pressure?

A: Other Arabic-language newspapers will be published in the coming days in the South. The Ministry of Information has granted licenses to 'Al-Istiqlal' (The Independence) newspaper, which was founded by Southern journalists.

There is no wonder in these developments, as the South Sudan TV is both in  Arabic and English, as is the case of the South Sudan Radio and news agency too. The previous standpoint concerning the Arabic language was politically, socially and historically justified.

Q: Al-Masir newspaper was recently published, but was not distributed in the North. Why?

A: I suppose the reasons to be related to the restricted freedom of expression. There are topics which cannot be covered in the North, and I suspect that the obsession of authorities with issues concerning Darfur and the hidden facets of the North-South conflict played a great role in prohibiting the distribution of Al-Masir there. 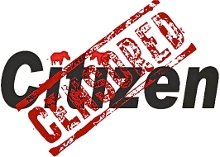 Q: Al-Masir was accused of speaking on behalf of the ruling Sudan People's Liberation Movement (SPLM). How accurate is this accusation?

A: (He laughingly replied): The SPLM has the ability to publish a newspaper speaking for them. I think that a newspaper which speaks for one party is not serving its interests nor those of the party. For us, the highest goal is to serve South Sudan as a country.

In addition, the political equations are different now after the referendum. The reality is different and the SPLM does not need a newspaper and it cannot have the whole Southern media speaking on its behalf. In addition, the South needs an independent and free press, representing the citizens and their aspirations.

Q: One view expressed frequently says that most of the staff currently employed in the Southern press have little practical journalistic experience, inclusive of yourself, and you are the editor-in-chief of the newspaper?

A: Journalistic practice is tied to the ability and conviction of the staff about the field they work in. There has to be a genuine desire to be a journalist with all the meanings the word holds. In Al-Masir, we have brought along a group of trained youths in addition to a group of experienced young journalists.

We have an experienced editorial assistant, the journalist Ajok Awadallah joined our team as well as the press advisor Gabriel Joseph. These three have considerable experience in journalism. We have as well the intention of training journalists so as to have a spirit of continuation, allowing us to benefit from experienced members in our team.

Q: Society in Southern Sudan is organised along tribal lines and is now experiencing many complexities. What message do you send to this society?

A: Social development in Southern Sudan suffered from the complete absence of state institutions, thus creating an empty space. Tribes filled that space by taking care of their members and managing relations between different societal entities.

We need a strong civil society and political parties which present ideas uniting people. As a newspaper, we see our role as a contributor to building a civil society, which is aware, connected and united around issues of concern to all.