Commentary: The independent government of the parliament speaker

Since the announcement of the referendum results, the second part of the joint government, the Sudan People's Liberation Movement (SPLM), has been dedicated to organising the Southern government and left the central government to the National Congress Party (NCP) alone. Despite the fact that the NCP and the government of El-Tahir share the same house, understanding and coordination between them seems to be absent and non-existent, with tens of contradictory statements and news read and heard everyday. 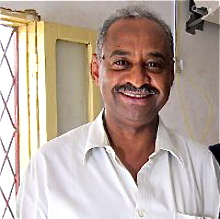 The author: Faisal Mohamed Saleh, head of the Teeba Press Center in Khartoum.

Mr El-Tahir said a month ago that the southern ministers and deputies will be waved 'bye-bye' right after the announcement of the referendum results, and not at the end of the transition period. Authorities adopted this statement as official, as El-Tahir represents the NCP. However, after the meeting of the review commission and of the NCP-SPLM joint committees, leaders from the NCP announced that all the Comprehensive Peace Agreement's (CPA) procedures, institutions and agreements are to remain in effect until July 2011.

A long silence followed, until the Minister of Justice, Bushara Dosa, and the Speaker of the National Assembly surprised everyone with a joint effort, resulting in a revised version of the constitution, not to be adopted by the parliament, but to be taken note of. El-Tahir then repeated his previous statement, announcing that this week will be the last for the southern deputies and that the coming April term will be Southerner-free. The Deputy Chairman of Parliament, Mr Mohammed Hassan Amin, objected, as did many others from the NCP, but then again, they are noted followers of the other government.

The speaker of the parliament claims that the constitution is clear and that he does not need anyone to explain or clarify it. He is applying the constitution by expelling the southerners because they voted for separation. Here, a timid little voice could answer: "But there is an agreement concerning the six-month transitional period, put in place for a smooth disengagement process to be implemented. There are many complex issues which need time and understanding to be resolved." 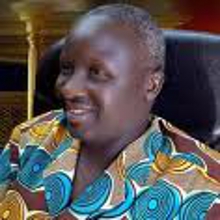 Then Mr Atem Garang, Deputy Speaker of the National Assembly and SPLM member, stands to say that this decision serves as an early end to the transitional period and that this period cannot be terminated for certain issues and continued for others, such as for the oil-sharing agreement. If the transition period is to be aborted, then the 50-50 sharing agreement has to cease as well. Mr El-Tahir has a different point of view however, as he wants "the deputies to go and the oil to come just as it is".

Mr El-Tahir also forgets that the CPA is a bilateral political agreement between the NCP and SPLM, blessed by many political forces. All institutions were formed following an understanding between the two parties, including the former parliament of which Mr El-Tahir was the chairman for five years. This parliament was not elected, it was formed through political agreement. The CPA, with its constitution and procedures, stays valid and in effect until July 2011.

What is even more important to take note of is the status of southern representatives in the North. The constitution states that all Southern districts are to be taken off the jurisdiction of the North, as the South as a whole has voted for separation. The constitution, however, does not mention the nationality of the representatives. If a northern deputy won in the South, his constituency will be automatically cancelled. 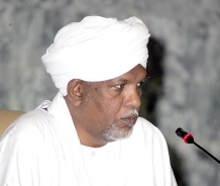 As for the southern deputies elected in northern districts, such as Mr Gabriel Rorreg, their membership holds, as he is a Sudanese citizen and because his district will remain untouched. The only time when his membership can be legally dropped is if he loses his Sudanese nationality, which has not happened yet.

Cancelling the membership of three southern deputies in the North does not yet have any legal or constitutional basis. If these deputies are granted the State's nationality, Mr El-Tahir will not have any legal right to drop their membership, unless of course his personal government overthrows the NCP, then he would be able to do as he pleases, backed by a revolutionary legitimacy.