Anyone found brewing and selling the local beverage, known as Siko” and Mokoyo” in Juba Arabic, is to be arrested by the security forces, the Commissioner of Kapoeta South Martin Lopir ordered. Siko, a drink made with cassava and sugar, is widely consumed in the area. It is also notoriously strong. 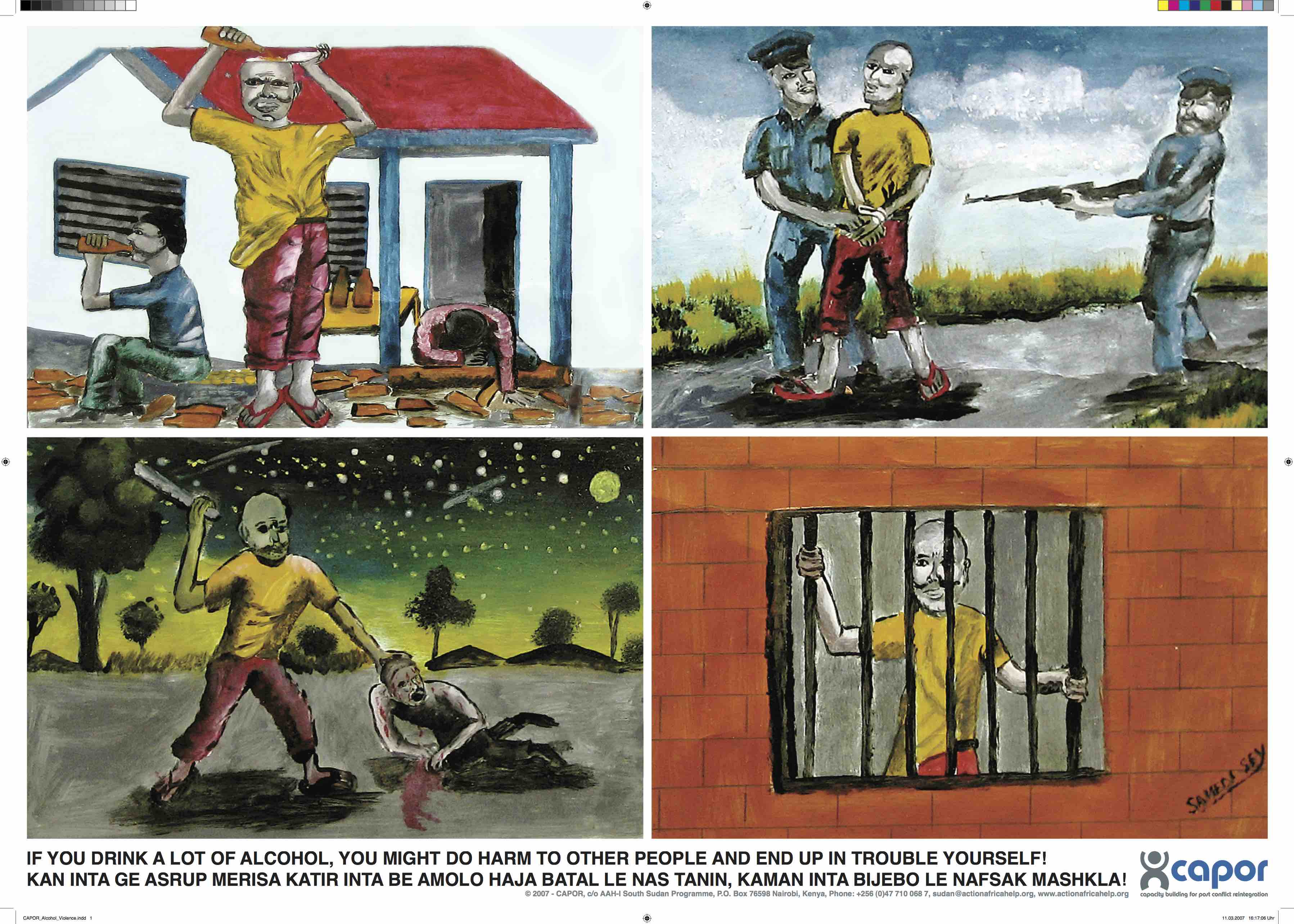 A poster by a South Sudanese artist encouraging people to avoid excessive alcohol consumption.
(cc) AAH-I CAPORIn an interview with The Niles, the commissioner warned that excessive consumption of alcohol is damaging to people’s social life, their work and their health. Too much drinking of alcohol may lead to liver cell failure. The person may go into a coma and may die — especially in places where health services are lacking or are very poor like in Kapoeta South County,” he said.

Many of the people who have died because of alcohol in Eastern Equatoria State have been young, he said, adding that the ban is aimed at stopping them from drinking as they are key to the future of the state.

However, the ban was criticised by people, especially women, who support their families by brewing alcohol. Mary Lodai, one of the local alcohol brewers, explained that she used to sell alcohol to pay the school fees and other basics for her four children.

It is very difficult to get another source of income to help my children,” she said, adding she wakes up early morning to fetch water and gather firewood from up to four kilometres away.

I buy food and medicine by selling alcohol.” In response, Lopir has advised the local Kapoeta South population to work the land to produce food and avoid getting hungry.

Mary Lodai, however, argued it would be impossible to earn more money from farming, due to natural disasters such as lack of rain or seasonal flooding.

I buy food and medicine by selling alcohol.”
Mary Lodai

He agreed with the orders from the commissioner, pointing out that the country that is emerging from the protracted conflict needs to lure investors to South Sudan. He said agriculture was one of the top sectors that needed vigorous marketing and support to earn foreign exchange that would boost the country’s shrinking economy.

Chief speaks out against child marriage
All articles are available for republishing. Please notify us via email when you syndicate our content. Thank you!
© 2021 MiCT, all rights reserved.