‘The Juba Telegraph’, published with information from across the nation’s 10 states, aims to promote peace and appeal to young people.

The 18-page newspaper was rolled out on Monday, September 15, and will compete for market share against a handful of other English-language daily newspapers distributed in South Sudan’s capital, including The Citizen, The Nation Mirror and Juba Monitor.

The newspaper has not associated itself with the Office of the President.”
Lewis Anei Madut-Kuendit

The Juba Telegraph has the goal of ‘promoting integrity and national sovereignty’ and has been set up as a private company, known as The Juba Telegraph Media Company, under the Chairman of the Board of Directors Bona Bang Dhel.

Presidential Press Secretary Ateny Wek Ateny is proprietor of the newspaper. Ateny said he had the idea of creating a newspaper when he was columnist writer at the Juba-based The Citizen newspaper. Since then he was saving money in order to establish a newspaper, he added. 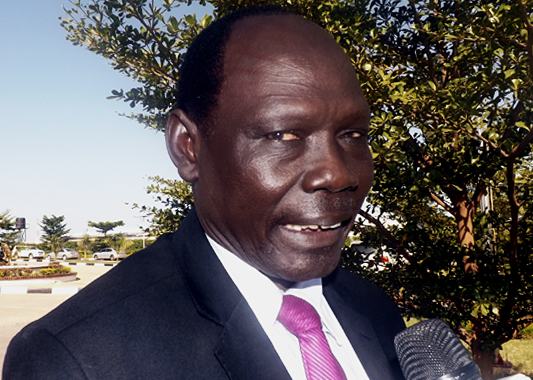 The newspaper has not associated itself with the Office of the President,” Anei said, adding that it was a private project supported by unspecified donors.

Anei stressed the newspaper will be level-headed and seek to tell the truth during times of conflict. It should portray a proper image of the country and give correct and clarifying information to the readers,” he said.

Editorial caution was also the mantra of Editor-in-Chief Emmanuel Monychol Akop: We will not be like printing just any sort of information... we will publish quality news for young people,” he told The Niles. We must verify information because we now operate under the law.”

The paper employs over 15 journalists and another eight people work on finances, he said. We are creating a market for young people.” 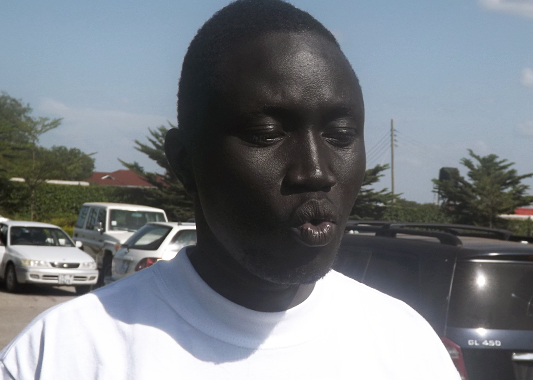 Juba Telegraph Editor-in-Chief Emmanuel Monychol Akop , September 15.
© The Niles | Deng Machol MonyrachThe Editor-in-Chief said the paper would ensure its use of English, the official language of South Sudan, would be correct.

Monychol reiterated that the new newspaper will link South Sudan’s ten states with Juba. We are going to have one stringer from each of the ten states,” Monychol said.

He stressed that the newspaper will not support any single group.

The paper is launched against a backdrop of tension sparked by conflict between the President Salva Kiir and his former deputy last year. The ensuing violence has killed thousands and forced millions from their homes. Meanwhile, many in the media have complained of shrinking press freedoms.