Farming feeds Western Equatoria State, could provide for other states

South Sudanese agriculture was interrupted by the country’s five decades of civil war. While violence has paused agriculture in many parts of South Sudan, crops in Western Equatoria State are thriving.

Profiting from the comparative peace in the region, Guruveer Bhandari, Managing Director for Global Agriculture Innovation & Solution (GAIS) Ltd. says that Western Equatoria has a huge area of fertile land.

The soil is virgin, he says, as it had been left untouched during decades of conflict, and therefore it is very fertile. GAIS, which aims to promote better livelihoods for marginal and small farmers by introducing technology, was founded earlier this year to boost agricultural opportunities in South Sudan. 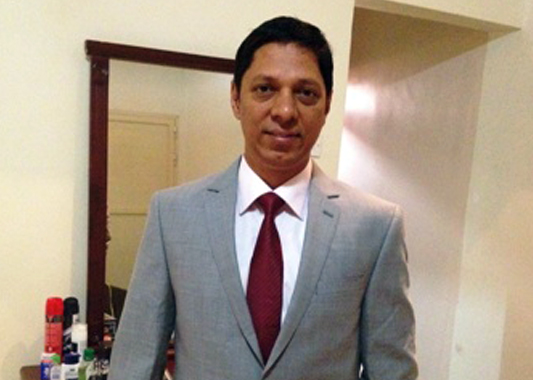 Guruveer Bhandari, Managing Director for Global Agriculture Innovation & Solution Ltd., in his office in Yambio, June 12.
© The Niles | Joseph NashionWestern Equatoria is unusual in South Sudan as it has enough food for its inhabitants, Guruveer Bhandari says. However, he adds that if the small plots of agriculture were operated on a wider scale they could help secure the food supply for other states.   He has worked in the country for many years and acquired 1,000 hectares from the prison services, which has large land reserves. The National Prison Service of South Sudan will provide them with security and prisoners to work on the agriculture, he explains.

And South Sudan has great potential to expand its harvests. Around 90 percent of its land is considered suitable for farming while 50 percent is considered prime agricultural land. Figures from the Ministry of Agriculture show that the country has over 30 million hectares of arable land but only five percent of that is currently been used.   Several other investors have started working in agriculture in South Sudan in recent years. However, a lack of response from the government, combined with the recent conflict, has scared many away.

There is a lot of political instability but still there should be somebody who is focusing on agriculture.” - See more at: http://www.theniles.org/articles/?id=2373#sthash.UtB9gbqq.dpuf

There is a lot of political instability but still there should be somebody who is focusing on agriculture.”
Guruveer BhandariBhandari says the insecurity prompted many investors to look for opportunities beyond the borders in neighbouring countries like Ethiopia.

Further deterring investment is South Sudan’s weak infrastructure. Improvement and building of roads would enable investors to reach markets and would enable South Sudan to reduce its dependency on overseas imports.

Investors also face difficulties working with local communities. Bhandari says it is often hard to explain to groups that they will benefit from the increased food supply if they work hand in hand with the company.

In order for Western Equatoria to spread word of its positive experience as a food grower, he says that it would be important for representatives from the state to travel to other states to explain how they have managed to secure their food supply and train farmers to replicate their success.

Mbiko Barakate, Chairman of Western Equatoria’s Farmer’s Union, agrees that Western Equatoria State has the potential to feed others in South Sudan, even though farmers in the region face a lot of challenges, including a lack of training. 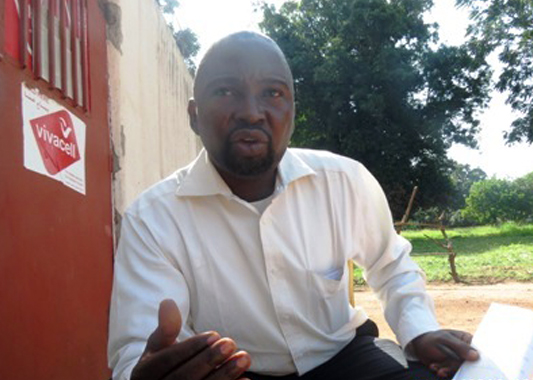 Farmers’ Union Chairperson Mbiko Barackate speaking to the Niles in Yambio, June 24.
© The Niles | Joseph NashionHe adds that people have got food but don’t know to unite themselves to fully utilise the state’s resources. One individual, for example, cannot sell to the World Food Programme (WFP), but if farmers pooled together, the WFP could buy their goods. However, the lack of reliable road connections made cooperation between farmers difficult.   More technology would improve the state’s food production: People in Western Equatoria need to learn about modernised agriculture,” Barakate says. At the moment they are growing for home consumption.”  And rather than working on importing more goods from Uganda, he urges traders to focus on agriculture to encourage self-sufficiency.

The state has been running a food surplus since 2006, he says, adding that it has never experienced a shortage regardless of climatic conditions. A key factor for this good track record is the state’s enduring peace. Western Equatoria State is one of the few places that have not been affected by the ongoing crisis in the Republic of South Sudan and so its people have continued to cultivate crops.

The state government, headed by Governor Bangasi Joseph Bakosoro, has urged local citizens to make agriculture a top priority. Bakosoro says that NGOs in the state should work closely with all the farmer’s unions in the state given their close ties to farmers.

Mbiko concludes that high taxes made food stuffs too expensive and urged the government to cut the taxes, arguing that the young nation needs more time to rebuild itself after the decades of war.