How to ease Sudan’s dependency on wheat?

In May 1983, civil war broke out again between north and southern Sudan and fighting coincided with a wave of drought and desertification which lasted for years. This led to the displacement of people from the affected areas, including Kordofan and Darfur, who moved towards the cities.

The US aid contained new types of food unknown to Sudanese.”
Mohamed Abdussayed

As the crisis spread, many countries, especially the United States, extended aid to Sudan. Part of the food aid consisted of wheat, a grain which was not a staple in Sudan at the time, according to journalist Mohamed Abdussayed, a former correspondent of the London-based Asharq Al-Awsat newspaper.

The US aid contained new types of food unknown to Sudanese, including canned food and cornstarch which locals called Reagan’s bread,” says Abdussayed.

Displaced people arriving in cities also encountered different diets. While their basic foods were based on corn, millet, cattle meat and dairy products, city dwellers’ ate bread made from wheat, vegetables, and meats bought at shops. 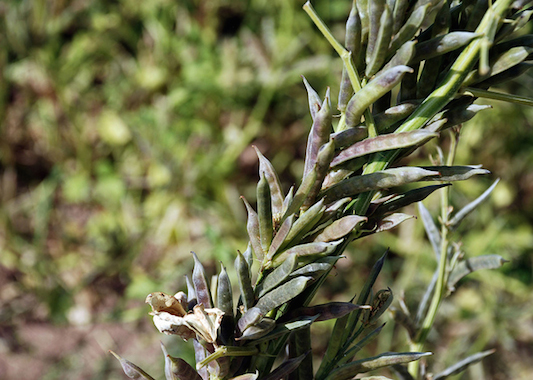 People had fled regions where the crops were grown and the quantities of traditional crops grown were limited by drought and war. They had to change their diets to include bread, broad beans and vegetables,” Abdulhalim explains.

As demand for wheat increased across the world, Adussayed says there were several wheat cultivation pilot projects in Sudan, designed to make it self-sufficient. However, yields were hit by the high cost of controlling pests, low rainfall and the government’s failure to persuade local and foreign investors to support its goal of self sufficiency.

This failure lead to an increasing cost of sating appetite for wheat: rising to more than US$ one billion in the 2014 budget. Due to Sudan’s lack of success in growing wheat, the country wants to minimise its use in the baking industry. Research has been carried out to use different grains in bread dough. Sudan is currently trying guar as a basis, echoing lessons learnt in India, which used the crop in a bid to ease demand for wheat.

Sudan is cultivating guar in a number of areas, including the states of Al Jazirah and Sennar and other areas where rainfall levels range between 250 and 300 mm. However, guar cultivation is hampered by rising seed prices. Seeds cost around US$ 15,000 per tonne and their availability is limited.

Guar: A crop similar to beans and lentils that contributes to soil fertility which is cultivated in semi-desert lands, guar was first introduced into Sudan in 1960 at the Al-Jazirah Research Station and production peaked in the late 1980s and early 1990s. Guar is economically important because its seeds produce gum. It is used in the food, petroleum, textile, paper, ink, firecrackers, industrial plastics, tobacco, drugs and cosmetics industries.Meanwhile, 20-25% of the crop typically fails and the grain begins to form near the soil surface, making mechanical harvesting difficult. As a result Sudanese researchers introduced genetically altered varieties, meaning that grains would form at a height over 30 centimetres above soil surface.

But guar remains a key plank of Sudan’s plan to ease its dependency on wheat. In early July, the Federal Minister for Agriculture and Irrigation Ibrahim Mahmoud said that his ministry intended in the current planting season to plant 300,000 acres of guar, given the importance of this crop. His ministry is said to be committed to supplying seeds and delivering them to farmers.

You can’t make it up!

Up in arms: the gun seller
All articles are available for republishing. Please notify us via email when you syndicate our content. Thank you!
© 2021 MiCT, all rights reserved.