South Sudan is roughly twice the size of Malaysia or Norway but investors, local and international, are struggling to find land to buy.

Roman Ronald is a young South Sudanese entrepreneur looking for a 500-square-meter plot to build a new pharmaceutical plant in Juba. Despite extensive research he has not found a suitable site, a fact he blames on the lack of clear laws.

Ronald’s reality is not unusual. South Sudan’s legal system is characterised by a high degree of ambiguity. Since its creation in 2005, the legislative assembly has enacted laws covering a range of issues, but there are still big gaps in the regulatory framework.

The legal uncertainty scares off flocks of business people, South Sudan General Business Union’s acting Secretary General Ochan David said. Hundreds of international and local investors could not establish their businesses because they did not acquire land,” he told The Niles.

It’s difficult to invest in land in South Sudan simply because the land is put under community management.” He said some investors were scouting for large plots for agriculture, running to 50 square kilometres.

Most communities were not interested in selling their land and did not understand the important role investors would play in the nation’s development, David said. He urged officials to act to lure fresh funds into the country. 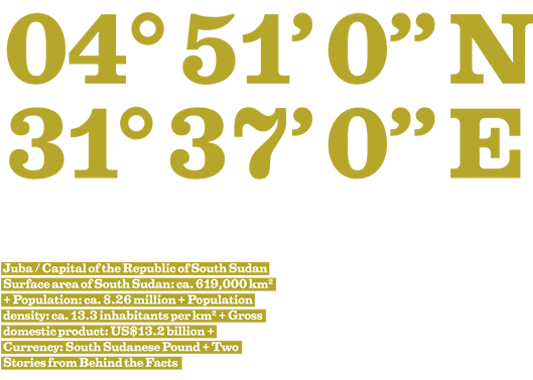 © The NilesSouth Sudan’s economy has shrunk dramatically after its all-important oil income was switched off for 15 months until April 2013 during a spat with Sudan. David argued that the struggling nation could benefit to the tune of millions of dollars in potential revenue if it encouraged investment. Land could be a source of income to communities and government,” he said.

In the face of difficulties accessing land in Juba, he urged investors to scout for land in other states.

Last year the Ministry of Commerce in South Sudan confirmed there are some laws intended to foster business in South Sudan and protect investors. However, the laws were not made available to the public, meaning that investors and the general public are left in the dark about their rights. There is the need to simplify the laws and distribute them widely,” Minister of Commerce Garang Ding told the World Bank’s International Finance Corporation.

The few laws that do exist are poorly disseminated and under-enforced, according to a report on land issues in South Sudan by the Oakland Institute. Without rules to guide their activities, government institutions tend to function through a combination of discretionary decision-making and preexisting practice. The lack of clarity often gives rise to power struggles.

There is the need to simplify the laws and distribute them widely.”
Garang DingLegal ambiguity is among the reasons deterring international investors from the young country. Former British Ambassador in South Sudan Alastair McPhail, described the obstacles.

Addressing the press in March 2013 at the British Embassy in Juba, he said only a few British companies are currently trying to start up businesses in Juba. In part, this was due to negative stereotypes about South Sudan that continued to deter investment, as international media focuses on South Sudan’s conflicts.

The lack of legal certainty also deterred investors, he said, stressing that British investors seek laws that guarantee justice to investors who sign contracts with the government.

Roman Ronald, meanwhile, is also hoping for legal progress. As his search for land continues, he fears his plant will remain on the drawing board until the laws regarding land are more comprehensive and well-known. The government should intervene to rescue this situation,” he said.

State provides some food aid to Eastern Equatoria, food crisis continues
All articles are available for republishing. Please notify us via email when you syndicate our content. Thank you!
© 2020 MiCT, all rights reserved.