Machar Delegation Spokesman: “The country is ruled by corruption”

The Niles: What are the roots of this crisis?

Nyuot: As a political party we should have a well-defined programme and should reform to fulfil the aspirations of the people who elected the SPLM. However, there is neither a clear approach nor efficient developmental programmes. The country is now ruled by corruption. There are question marks about oil revenues and people wonder how these revenues have been used so far. The fact remains that no tangible progress has been achieved in terms of development and all our neighbours are talking about corruption in South Sudan. Thus, voices were heard within the SPLM calling for reforms.

The Niles: What problems have reformists faced?

Nyuot: Some people still live in the past and they still have the totalitarian mentality of the military instead of believing in dialogue.

The Niles: Do you think that the SPLM marginalised other parties?

Nyuot: Yes, the SPLM used its authority to finish off any other political forces and deemed those who called for reform ‘traitors’. When a member of the SPLM leadership, like Riek Machar, expressed his desire to stand as candidate in the elections and set out his own vision, he was immediately put under the microscope by Kiir and his advisors.

The Niles: Did relations sour when Machar announced he would run for president?

Nyuot: This was indeed the focal point. When Machar announced he would candidate in the 2015 elections, advisors -- who aspire to rule the country according to their own interests -- advised the president to strip Machar of his powers. Machar only responded by saying his powers were conferred on him by the president. Now those powers were taken away by the president […]. A decision was issued in July to dissolve the government and dismiss the vice-president from office.

The Niles: How do you view this decision?

Nyuot: If someone runs for president, his number two also runs, which means that the vote of confidence is given to both men because Machar was nominated with the president.

The Niles: Do you mean by ‘nominated’ that the legitimacy gained by Kiir also belongs to Machar?

Nyuot: Kiir himself acknowledged this addressing people during the electoral campaign by saying: I and Machar are walking side by side. If we succeed, we will succeed together and if we lose, we will lose together as we have the same ballot box.”

The Niles: In your opinion, what caused this confrontation between Kiir and Machar?

Nyuot: Kiir was afraid as there was something going on in the political bureau and more than two thirds of the members were demanding change as they were not on the president’s side.

The Niles: What were the demands of that two thirds?

Nyuot: A debate on the constitution, the manifest and the regulations. However, the president wanted to do everything in his own way. He wanted any appointment and any revision of the constitution to be specifically tailored for him.

The Niles: Do you mean tailored to fit his own agenda?

Nyuot: Yes, but people rejected that. When he called a meeting of the political bureau, reformers held their own meetings and a press conference.

The Niles: Who are these critical voices?

Nyuot: Machar, Pagan Amun, Deng Alor and Rebecca Garang. They held a press conference on December 6, and declared their position. They addressed corruption within the SPLM and the country as a whole and the government’s mismanagement. The president was in South Africa at the time, attending Mandela’s funeral, and he issued a decision to arrest them, but he was advised not since these people were members of the SPLM leadership and their arrest would explode the situation.

The Niles: Who advised Kiir not to arrest them?

Nyuot: The president’s inner circles, especially the international community and several ambassadors. During that press conference, the reformers intended to announce a large public gathering on December 14, to promulgate their vision. Also on December 14, Kiir called a special meeting of the SPLM liberation office and asked for that public gathering to be cancelled as he expected confrontations. Eventually, the reformers postponed the intended gathering and attended the liberation office meeting.

The Niles: What happened during that meeting?

Nyuot: I should clarify that ever since Kiir stripped Machar of his powers, rumours began to circulate that he (Kiir) is under threat and that the army is not on his side. Therefore, Kiir decided to have his own army and launched a recruiting campaign while instructing the governors of Bahr el-Ghazal and Warrap to recruit young Dinka tribesmen. The goal was to recruit 15,000, but only 6,000 were eventually recruited.

The Niles: This means that Kiir only wanted to recruit people from the Dinka tribe and not from the other tribes in South Sudan.

Nyuot: That is correct. He recruited 6,000 people and brought them to Juba. He also instructed the army leadership to provide training for them […], but the leadership refused.

The Niles: Were they all from the Dinka tribe?

Nyuot: Yes, and they called them the ‘presidential guard’. The presidential guard cannot be formed of one tribe and these people are illiterate and incapable of speaking English or Arabic. If you want to recruit people, you should include all social groups. This is why the army leadership refused but Kiir recruited them anyway and funded this operation from the public treasury because he is of course the president. He set aside a budget for them and trained them in a place called Torit, near Juba.

The Niles: When did this happen?

Nyuot: Last year and on their graduation day, no one showed for the event except the president. There was no Defence Minister, no Chief of Staff or even an Army Officer, but Kiir arrived in his civilian outfit escorted by his chief guards. He spoke to them in Dinka and said, you are the people of the government. There are certain forces who want to create chaos and you will deal with them”. The 6,000 recruits were eventually stationed in Torit.

The problem occurred last December after Kiir delivered his notorious speech during the liberation office meeting. In his speech, Kiir indicated that some individuals are seeking to create chaos. People were killed in 1991 by their countrymen, but we will not allow them to do that again. We will defend the government and we will defend the SPLM with all means possible,” he said. He talked a lot and began to incite enmity.

The Niles: What was Machar’s position after that speech? Did it change?

Nyuot: Yes, when they were inside the hall after the press conference, Kiir gave the opportunity only to those who were insulting top leadership members while they were still at that meeting. During that meeting, he advised to them that Secretary General Pagan Amun must be expelled. When the reformers acknowledged that things were difficult inside the hall, they left after the break. This took place on December 15.

The Niles: What happened that night?

Nyuot: At that same night, a decision was issued for their arrest. A special force stormed their homes and some of them were arrested while others escaped.

The Niles: How did Machar get out?

Nyuot: He was warned that a special force will come to his home not only to arrest him but also to kill him. Indeed, they killed 32 of his guards and a tank shot a shell at his home, so he withdrew. 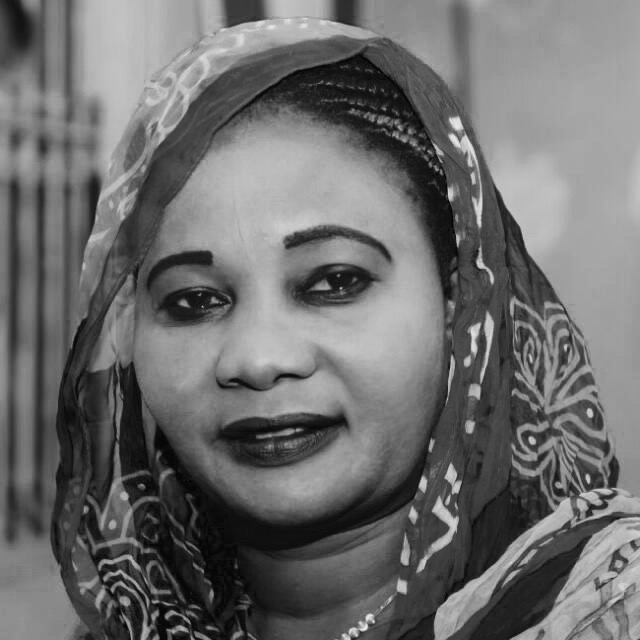 “Our gun laws are stricter than the Americans’”

South Sudan’s Spokesman Makuei: “The rebels have to think reasonably”
All articles are available for republishing. Please notify us via email when you syndicate our content. Thank you!
© 2020 MiCT, all rights reserved.