Chemicals used for the production of crude oil at the Unity State oil wells, November 3.

An estimated 90,000 people live in Rubkona County – and many continue to source their water and provide for their cattle from the allegedly contaminated sources.

Water, separated from the crude oil pumped in Unity State, contain chemicals identified by officials as toxic” said William Garjang, a geologist and Chairperson of the Unity Oil Task Force.

Lead, arsenic, cadmium, cyanides, nickel and others have been found in water separated from the crude oil pumped in Unity State oil wells after extraction. 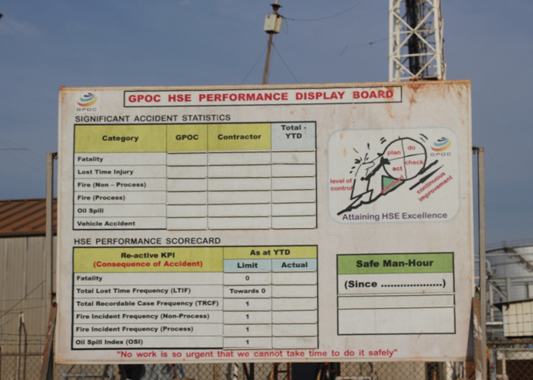 Unity oil wells, managed by Greater Petroleum Operating Company (GPOC), is one of the largest currently in South Sudan. It produces 30,000 barrels of oil per day, of the country’s entire output of 240,000 barrels per day.

The nearby village of Kuor, one of the poorest villages in the region, highlights how locals can be affected by tainted water.

Kuor villagers are mostly cattle farmers and many continue to use the waters due to a lack of alternatives.

We have problems in Unity State. One of the big problems is drinking water,” James Gatluak, an unemployed youth told The Niles in Kuor market.

Water is brought to us but we don’t know where it comes from […]. Sometimes it is brought from the Nile in Bentiu,” said resident Mary Dek Biriak.

Officials warned that during rainy season the contaminated water can infiltrate streams used by communities and animals.

The full impact of the oil business on humans remains unclear. Amos Kor, an official of Greater Petroleum Company (GPOC) explained that his firm carries out analysis in its laboratory. After waters are treated they are safe for use but not for drinking, he said.

Henry D. Odwar, a legislator at the South Sudan National Parliament heading the Committee of Mining, Energy, Gas and Industry, said the government is yet to hire a private firm to make an environmental audit.

Both government and activists question the GPOC’s report, arguing that it is not independent.

He said the oil company fenced off some areas used to treat water. The wire fence designed to keep the community away was sometimes broken, exposing locals to the risky water.

A report filed by a parliamentary Committee of the South Sudan National Assembly indicated that pipelines transporting the water to the lagoons broke and the produced water leak to the ground. This meant that metals entered the small streams used by local communities.

Filed in July by the Specialised Committee of Land, Agriculture, Natural Resources and Environment (LANRE), of the National Legislative Assembly, the report said that areas affected by leakage of oil are Manga, Toma South, Toor and Naar in Unity oil fields. Oil leakage happened due to pipe fracture, damage of equipment through human interference, during war or massive pressure due to immediate unplanned shutdown of the oil production”.

In Manga oil fields, the report said, oil leaks were found in ponds that are used as a source for drinking water by animals and humans.

The water quality for the local population would be better if they had disposed waste water properly.” Klaus StieglitzThe German Organisation, Sign of Hope in 2008 carried out an analysis of the crude waters produced in the local Tharjath oil wells. After examining the sample, the report indicated the water contained several different heavy metals.

Klaus Stieglitz, Sign of Hope’s vice-chairman, said they identified significant concentrations of heavy metals, including lead and chromium and heavy metals have also been found in the drilling liquids of the mud pits, such as cyanides, arsenic, nickel and cadmium.

The water quality for the local population would be better if they had disposed waste water properly,” he said.

Cadmium, as one of the heavy metals, is stored in the liver and can damage the kidney and can lead to renal failure. Arsenic can kill a child or fetus.

The Petroleum Act has been passed as law since last year. However, the Petroleum Revenue Management Bill still awaits the President’s signature to bring it into effect as law.

The Petroleum Act’s Article 60, subsection1, guarantees the protection of the environment and human life from the dangers of oil production. It orders contractors to draw up an environmental management plan for the region they want to operate in.

Despite this clear requirement, this is rarely put into practice, according to Edmond Yakani, Executive Coordinator of the Community Empowerment for Progress Organization (CEPO).

The Act mandates the South Sudan government to carry out audits on the industry it inherited from Sudan after gaining its independence in July 2011. 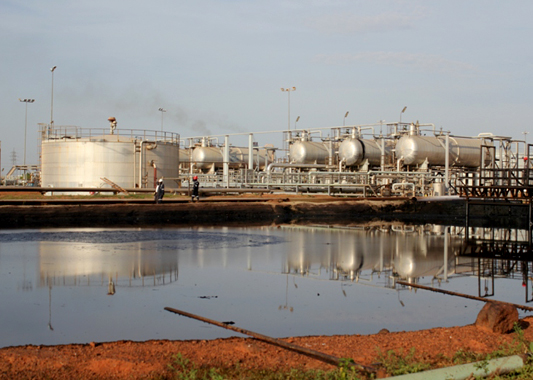 We need the ministry to bring in the environmental Bill. Because right now even if we are to bring the experts to do the audit they [the Ministry of Petroleum and the Ministry of Environment] don’t have the law,” Henry said.

An environmental law would set out penalties for any damage caused to the environment.

Civil Society activists have also challenged the legal frameworks – EPA and the Petroleum Act – governing the oil industry at the moment, saying they have little in ensuring prudent management of the environment from any harm caused as a result of the oil production.

The government has clauses in all these legal frame works [EPA and the Petroleum Act], but these clauses are loose,” said Edmond Yakani.

He added that South Sudan should have created studies on the impact of the oil industry in its early days as a state in its own right, arguing that its failure to do so left its citizens at risk.

They are giving the companies the chance to steer the environmental aspect on their own,” he said.