Amal al-Zain presenting a paper on laws that discriminate against women and girls in Khartoum, on August 25, 2016. (photo: The Niles | Nabeel Biajo)

In July 2014 I was on assignment for The Citizen, visiting Ibrahim el-Sheikh, head of the Sudanese Congress Party, who was imprisoned there after criticising the Rapid Support Forces – an affiliate of the security apparatus.

I visited the prison with a number of Sudanese politicians and the police arrested me while taking photos of the delegation. They escorted me to the police station and initiated a case against me.

I was put in solitary confinement for two hours in a cell full of dirt, insects and nasty smells of urine.

I was investigated for one hour under Article 57, which provides for a punishment of six months imprisonment. I was put in solitary confinement for two hours in a cell full of dirt, insects and nasty smells of urine. I was eventually released on personal bail but they had confiscated my mobile phone and forced me to return to Khartoum. Five months later, I had to go to the court three times before being acquitted after two additional months.

Moreover, I had been prevented before from entering the Khartoum University as a journalist under the pretext that I was wearing pants!”

My story is just a drop in a sea of violations against freedoms in Sudan. People converting to Christianity are harassed and some are prosecuted under apostasy charges. Mariam Yahia Ibrahim, for example, was sentenced to death for allegedly committing apostasy. Her sentence was denounced by all regional and international human rights organisations and following international pressure, the government repealed the rule and released her.

The Public Order Law in Sudan is considered as the ‘Sword of Damocles’ over the heads of women because it forces hard restrictions on female clothing. Under this law, women are prosecuted for wearing ‘indecent dress’. Many girls are lashed because they wear pants, which the law labels as ‘indecent’.

A judge in the lands court in Jabal Awliya village, south of Khartoum, ordered a girl to be arrested because she was not wearing a cap, an act described by rights activists as a ‘violation against personal liberties’.

A lot of women have left the country. Some of them are behind bars. 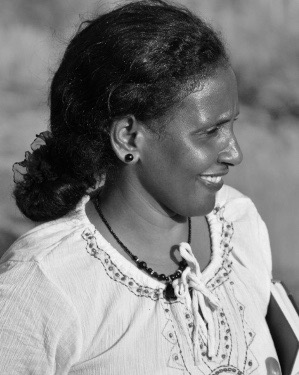