Dahab Al-Madina was born in Al-Fashir in 1932 and lived the life of a hakkama, a respected yet also feared poet who traditionally sets a moral code for the people in her community. She might encourage young men to fight jihad, call out cowardly acts or disparage stinginess or greed. Today the hakkamma has less influence, as younger generations have rejected her traditional status and reduced her to a “troublemaker”.

Ms. Al-Madina, what is a hakkama?

Hakkama refers to a popular female singer and poet with a special status in her community. She addresses many political, social and economic issues through poems.

She plays a significant role in the development of local laws and norms, employing poetry about dignity, courage and intuition. Hakkama women have been influencing people in the Sudanese society and part of the civil government system in their community in Darfur and all over Sudan.

Due to their role, hakkama women have received a lot of attention from tribal leaders, officials and intellectuals, as well as criticism. This has made them cut down on their activism. Hakkama women have a role in the formation of men’s character in the community of Darfur and elsewhere because men protect women, the community, and the tribe’s capital and honour. Hakkama women play a role in motivating them to fight or avenge any attacks.

How does society view you?

Today, society’s view of hakkama women is that of mere instigators and troublemakers. However, they have a divine power and they are adept in public speaking and enigmatic talk, using metaphors to urge work and peace in Darfur. Following the recent vicious attacks by society, hakkama women have turned from rabble-rousers to wise women.

I have had an active presence on all occasions, including calling for jihad. I have employed my wisdom in guiding and urging officials to bring about development. As a hakkama, I supervise the behaviour of society and officials where I commend or vilify them, making people avoid me due to my cultural and political activism.

Most hakkama women have participated in jihad and I personally engaged in military operations more than once, but now I have become old and unable to work. When I thanked the president, he awarded me a free pilgrimage to Mecca. When I returned, I stopped working and since then I only do my prayers. However, my community members always ask me to attend events and weddings to sing or recite poems, but I decline.

What is hakkama women’s role in society?

We also transfer folklore. I am vigorous in my speech. This is why all community members, especially my tribe’s members, are afraid of me and keen on avoiding any mistakes in my presence, which gives me a high position. Even dignitaries approach me so that I talk about their feats in solid poems, using all arts of syntax, rhetoric and wonderful implicit and explicit metaphors. Hakkama women are the preservers of tribal heritage, history and heroes’ biographies.

What do praise and dispraise mean to hakkama women?

Praise and dispraise mean a lot for us. Sometimes we are forced to dispraise a serious action committed by a community member without any regard to others’ feelings. For example, hakkama women hate cowards and cheap men and also women who enjoy no femininity like those who eat or drink in the market amidst people.

When I praise someone, describing him as courageous and generous, his status within the community increases, but when I disparage a person calling him a coward and cheap, he leaves the village voluntarily; otherwise, the tribe expels him to get rid of his stigma. This is also the case for women who do wrong, lose their honour and disappoint their families.

Some criticise you for your role in fuelling hostilities and conflicts among communities.

Hakkama women, in fact, are a double-edged sword. They can play a role in starting or ending a war and also in achieving security and social peace, and therein lie the risks. My inciting of fighting is not wrong. I only motivate and encourage the tribe’s knights not to surrender to the enemy, which is good. Furthermore, hakkama women help bring about peace and they have turned from rabble-rousers to wise women through training workshops that were held to introduce them to human rights and other issues. At the end of the repeated workshops, our name was changed from hakkama to hakimat (wise women).

How do hakkama women maintain tribal heritage and culture?

They preserve tribal heritage and display it in exhibitions. They also play a role in conveying messages and they greatly help in special occasions, especially weddings, by singing beautiful songs. This shows that the community still clings to hakkama women despite criticism. I am concerned about the demise of tribal folklore and cultural heritage since everyone evades responsibility for it, especially the new generation who, in light of technology, has become indifferent to the heritage and has no identity. 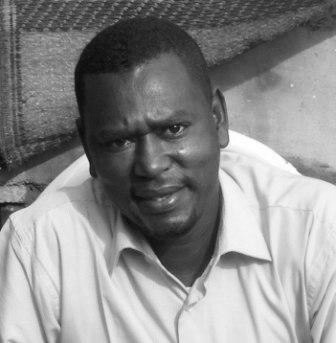