The main message conveyed by the Reporters Without Borders (RSF) World Press Freedom Index 2016 is that both countries have a dire record on press freedom. The international media watchdog ranked South Sudan at 140 out 180 countries while Sudan was in position 174, making it the seventh worst country in the world, according to the report published on April 20, 2016.

The situation on the ground is harrowing, as The Niles reporters testify. In South Sudan at least seven journalists have been killed, including The Niles contributor Moi Peter Julius, since the nation became independent in 2011. Scores of others were harassed by “unknowns”.

Looking at the RSF methodology to evaluate the status of freedom of speech in the world, pre-print censorship – common practice in Sudan – is among the criteria to evaluate freedom of speech. Other factors include, pluralism, media independence, media environment and self-censorship, legislative framework, transparency, and the quality of the infrastructure that supports the production of news and information.

In Sudan, pre-print censorship has been a reality for most of Omar al-Bashir’s 27-year rule, a practice only seen in a few places in the world like Myanmar, according to Faisal Mohamed Salih, a journalist and director of Teeba Press, a media watchdog and journalism training center in Sudan.

Salih himself was arrested many times because of his work and was recently banned from travelling. “Pre-print censorship has a very bad reputation internationally, it’s only used in few countries, and Sudan is one of them,” he says.

“Saudi Arabia, for example, ranked better than Sudan because they don’t have pre-print censorship, the editors-in-chief themselves do that job because they have to be hired by the ministry of media and information. So they are clever in this respect, they avoided being seen as one of the worst,” Salih explains.

He also believes that South Sudan does not have a good reporting system, meaning that it is hard to keep track of cases of security services overstepping the mark. In Sudan, however, there are many media watchdogs, and many activists report violations by the government.

The Sudanese president famously spoke out against the media in his country, in December last year. Omar al-Bashir announced that he will personally deal with the media, and a few days later Sudan’s powerful National Intelligence and Security Service (NISS) suspended the independent Al-Tayar newspaper after it published a series of editorials criticising the government over subsidy cuts on fuel and electricity, despite a previous court decision that struck down NISS’s authority to close the newspaper.

Journalists at Al-Tayar went on hunger strike to protest the closure of their newspaper, which halted when mediators promised that the NISS will abide by the court’s decision. Sudan’s highest court allowed Al-Tayar newspaper to resume publishing, an editor announced on May 2 according to AFP, nearly five months after the authorities banned it from printing.

Sudan also made headlines across the globe last year by seizing the entire print run of 14 newspapers in one day. Reasons for their decision to impound the papers were not provided.

Almost every month, one or two newspapers are seized by NISS after printing, without giving any reasons. Some journalists and human rights activists believe that the government is trying to put the papers under financial stain, as well as demonstrating their control.

“We lost USD 500.000 when our newspaper was stopped by NISS twice in its history; once for two years between 2012 and 2014 and now,” says Osman Marghani, editor-in-chief and publisher of Al-Tayar newspaper, which was shut down by the authorities twice since it was founded in August 2009.

The Sudanese journalists are also worried about a new law that has been prepared by the ruling party to prosecute the online journalists. Reporters in Sudan often use social media to circulate their stories, especially censored ones.

“I believe that the new law will also sue the journalists who will write anti-government posts on Facebook and Twitter. We are now working hard to get a copy of it and share it widely with others,” says Mohamed al Fatih, a member of Sudanese Journalists Network, a media watchdog in Sudan.

South Sudan has fallen 15 rankings in the 2016 World Press Freedom Index. The media watchdog says press freedoms in South Sudan have deteriorated because of the more than two-year-long conflict. It says the South Sudan government restricts media outlets from reporting on issues related to the violence which is estimated to have killed tens of thousands and displaced more than 2.4 million people according to international organisations.

Examples of violence against journalists abound. Take an event in the capital Juba earlier this year when a young journalist, who remains unnamed for his own safety, went out to do his work at a place where he can access internet. Little did he know that he was being trailed.

He says someone called him aside and started interrogating him about a story he had recently published about issues in Juba involving high ranking officials. A day after his story was published in a local media outlet, a press conference was held to refute details of his story.

The same day, the journalist received a call from some officials asking why he had written this story. He was afraid and fled the country. “I felt I was already in danger since they were now following me, yet I could do nothing about it. I feared I could be killed by unknown gunmen, so I packed my laptop, camera and recorder and left,” he says.

“Unknown gunmen” has become an infamous term in South Sudan, referring to a group of gun wielding men who kill at will and are never caught. Alfred Taban, says the government should investigate and ensure that such people are brought to trial.

Taban adds the government must investigate and punish those who torture journalists and says he is yet to get any information from the government about these “unknown gunmen”.

Abroad, the journalist in hideout survives on help from friends and is too scared to go back to South Sudan. “You know, someone had earlier on warned me to be careful about my telephone communications”, he says.

And it is not the first time he has been harassed while doing his job. Some years back, he was arrested and detained briefly for another publication involving officials. “As a person who has chosen to accept journalism as a call, I can’t regret, but can regret dying too early,” he says.

One of his role models is senior journalist Alfred Taban, who has been arrested and detained multiple times but continues in his chosen profession, speaking openly despite the risks. “I remember when he said in one of the media workshops that journalists must learn to call a spade a spade,” he says about his professional role model.

Despite being in exile, he says he will not quit journalism.

The 2016 World Press Freedom Index report says there has been a deep and disturbing decline in media freedoms at both the global and regional levels.

Alfred Taban, who is also the head of the Association for Media Development in South Sudan (AMDISS), says he is not surprised by the findings of this report.

“Journalists in this country have been having it very rough in the last few months. Now they face things that didn’t use to happen to them, like kidnapping and torture,” he tells The Niles. He says that at least three journalists have been detained or arrested without charges since the start of this year.

Another Juba-based reporter says that back in January, he was detained by unidentified people for hours while doing his work. “When I was doing a story in some villages around Juba town – I was doing a story about sanitation – some people came; they came and harassed me and took me to the authority,” he explains. He was later released after hours of interrogation and threats.

He says he now fears to gather information from the public and says he plans to quit journalism and look for any other profession that does not put his life in danger.

“I don’t agree with their rating because South Sudan is one of the countries in which there is absolute freedom of expression and freedom of media. They have even been writing about the head of state and other dignitaries and nobody is touched,” he says.

While addressing a news conference in Juba on Tuesday, April 12, Makuei said political live programmes were unacceptable to the government. “I have been telling you that these direct on-air programmes are not acceptable. This is where you allow anybody to come and say his rubbish and pass their filthy ideas to the public and you will not be able to control them,” he said.

He also says the government has enacted media bills that allow journalists access to information, but critics say those laws are not enforced.

The difference between “bad and very bad”

“There is no real big difference in the practices of the two countries' authorities […] in dealing with the press and the journalists,” he says. “Both authorities share the hate [of the media] and look at it as an enemy.”

South Sudan authorities inherited this trait from Sudan, he added. “They just learned bad practices from the Khartoum regime, copied them completely from Khartoum and pasted them in Juba. I always remind myself and the others that, while the CPA [Comprehensive Peace Agreement] was designed to have ‘one country, two systems’, it ended up with ‘two countries, one system’.” 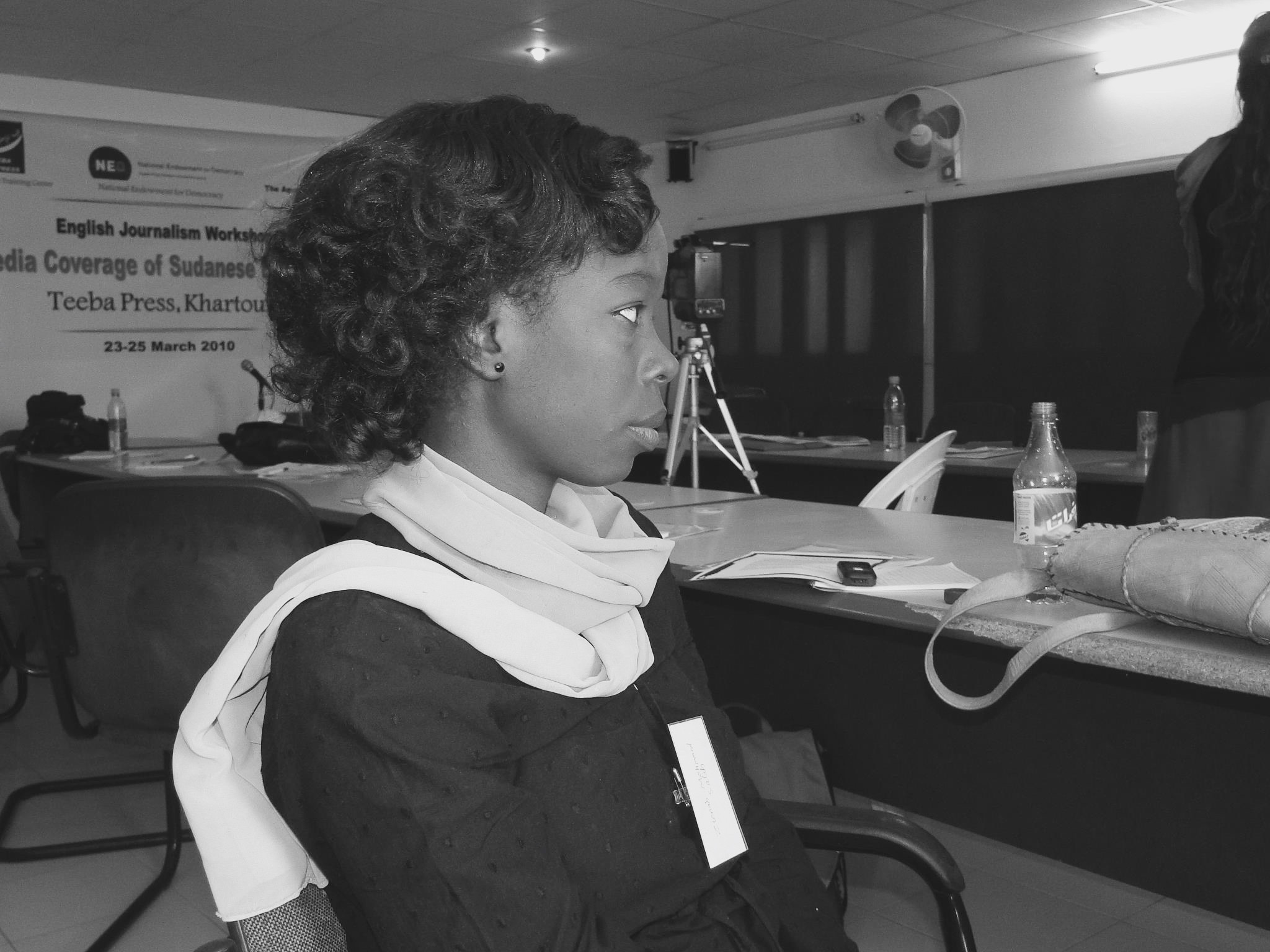 Anonymous Contributor
All articles are available for republishing. Please notify us via email when you syndicate our content. Thank you!
© 2021 MiCT, all rights reserved.