Local politician Judi Jongule said locals were at the mercy of rebel attacks. Judi said that locals, fearing for their lives, have fled to rural areas occupied by rebel leader David Yau Yau. Some have joined the rebels and others are trying to survive in the bush.

Pibor town is unsafe for civilians,” Judi said, adding that only government officials remained in the town but were also seeking permission to leave. 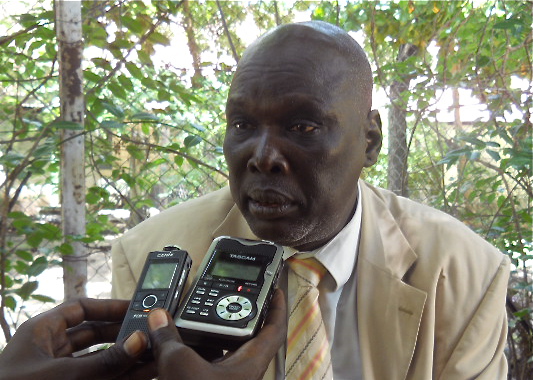 Judi Jongule, May 14.
© The Niles | Deng Machol MonyrachRebels fighting in Jonglei State, in the east of the country, claimed on Monday that they have almost taken control of Pibor town, adding that the SPLA commander had taken refuge in the United Nations headquarters. Our forces are now in trenches inside Pibor town. Only one pocket of SPLA is left so that we declare the liberation of the town”, the rebel’s official spokesperson, Colonel Peter Konyi Kubrin wrote in a statement.

Rebels warned they would attack Bor town and block the Juba-Bor roads. Civilians should not risk using a car, they warned.

David Yau Yau kicked off his violent rebellion last year. The region has been the stage for revenge killings between Murle and Lou Nuer tribesmen. A heavy-handed government disarmament campaign halted planned peace talks between Juba’s government and Yau Yau.

He said food and ammunition were being transported to the army, adding that the Gumuruk, Lekwangule, Boma and Manyibol areas had run out of ammunition.

Kuol urged the civilians to move to regions with SPLA stations, saying they should not listen to rebels’ threats. He described the rebels threats as psychological warfare”, adding that David Yau Yau did not have enough troops to attack Pibor, Bor and Kapoeta and lacked training, ammunition and arms. The ammunition he received will not be enough to support the operation for long,” Kuol said.

Kuol also told Yau Yau to take advantage of the amnesty the government had extended to all rebel militias within the country, an option that the rebel leader rejected soon after it was made. 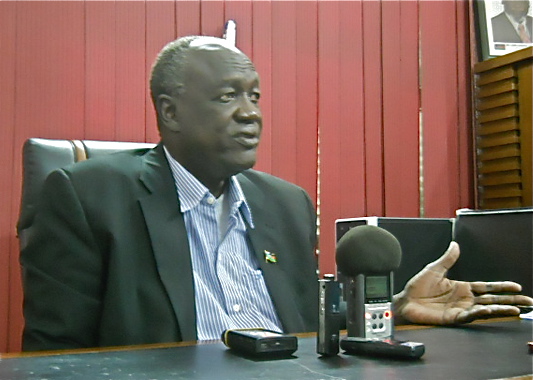 Kuol Manyang Juuk Kuol, May 14.
© The Niles | Deng Machol MonyrachYau must be wise enough to respond to amnesty,” he said, warning that otherwise he will continue to threaten civilians in Pibor, Boma and Jonglei State.

The United Nation’s Mission in South Sudan (UNMISS) sounded alarm about the escalating violence in and around Pibor town. These developments have led to significant displacement of the local population out of Pibor,” UNMISS said in a statement.

The organisation stressed that it was the primary responsibility” of the South Sudanese government to protect the population from any insecurity threats.

The SPLA Spokesperson, Philip Aguer Panyang said reinforcement troops are being sent to fill up the gap. The forces will be deployed to reach patrolling areas,” Aguer said.