A truck is loaded with timber, cut in a forrest in Western Equatoria State’s Yambio, February 10.

Growing numbers of dealers buy logs cheaply from local producers and sell them on, making a steep profit. In a bid to regulate the booming sector, Western Equatoria State government has built road blocks to stop the illegal transportation of teak from the state.

The administration realised that dealers who were buying teak from our people did not offer a better price and that is why we intervened to save the citizens of Western Equatoria State from exploitation,” said State Governor Joseph Bakasoro Bangasi. 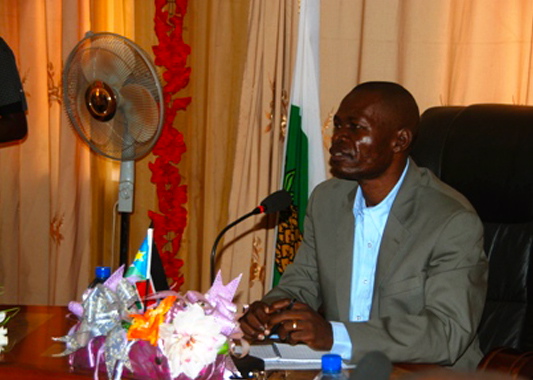 Western Equatoria State Governor Col. Bangasi Joseph Bakosoro, July 25, 2011.
© The Niles | Joseph NashionThe governor appealed to the teak producers to form an association to help them bargain for a fair market price for their goods.

According to the governor, regulating the business will help the state raise revenues, thus allowing it to provide better services for locals.

The decision to regulate the business was welcomed by Susan Thomas, a legislator from Ezo Constituency: We need the teak owners to form an association under the Ministry of Agriculture and formulate a bill to be submitted to the State Assembly which will protect the cheating of the local people,” she said.

The MP attributed the shortchanging of the teak producers to their low levels of education.

But an initial ban has been lifted, following numerous complaints from teak-timber dealers. The local government outlined plans to regulate the business.

Read also: "Is all well in the teak forests of South Sudan?" – By Aly Verjee

Abdullah Osuman, one of the local log dealers explained the regulations: There is a tax collected by the state revenue authority, 5.00 SSP per log, by the forestry department, 5.00 SSP per log and the county authority takes 2.50 SSP.” He adds that a company which wants to register has to do so at both, state level and national level, which sums up to about 5,000.00 SSP.

I think it was a good step taken by the state government as the locals do not benefit from their own wood,” said Abdullah Osuman. The log business has for sure given the youth an opportunity to access money to help themselves and support their families.” 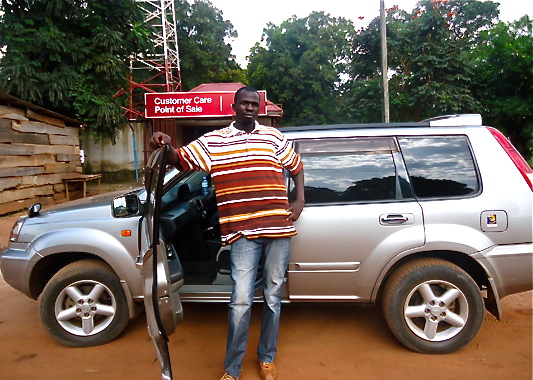 Abdullah Osuman, a log dealer in Yambio, February 10.
© The Niles | Joseph NashionMeanwhile there is confusion about the ownership of the forests. There is misunderstanding between the central and state governments about who owns the teak plantations in Western Equatoria State. The Central government claims the forest reserves (teak plantations) in Western Equatoria State belongs to the central Government,” said Bangasi.

The governor says the confusion dates from the colonial period but says the new constitution stipulates that land belongs to the indigenous people. Therefore he says the forest resources and teak plantations belong to the people of Western Equatoria State.

He urges the State Assembly to design new laws to protect the interest of the people of the state.