‘We are leaving our future leaders to loiter in the markets’

Street children are increasingly visible in Warrap State. Official statistics show that Warrap has the highest number of street children in Greater Barhr el-Ghazal region. The Minister of Social Development Victoria Tiito spoke to The Niles about plans to remedy the problem.

Q: How do you intend to deal with growing problem of children living on the street? 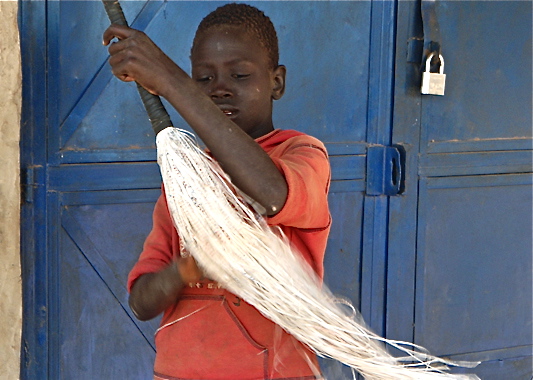 Deng Kiir produces and sells dusters from old sacks, November 2.
© The Niles | Aping KuluelA: The issue of the street children has become a potential threat to the community as well as the government. There are many possible solutions. The first strategy is to make the Child Act effective, holding parents or guardians accountable for their children. We should train police to ensure that children’s rights are respected. We also have a community development vision, comprising free compulsory education for the children and introduction of school feeding programmes.

We found that children need to have at least two meals a day at school, rather than one meal. This will encourage children to school: Many pupils are dropping out of schools due to lack of regular food. There is also a big plan for social behavioural change. We have already embarked on this plan by conducting consultative and sensitisation meetings with the chiefs and communities at the grassroots. I have started in Twic and Gogrial West County. This awareness focuses on social change and harmful traditional practices.

Q: What are you doing to try to avert the issue?

Q: Children are on the street because their homes are not meeting their physical, emotional and educational needs, the report says. This means there is a huge problem of negligence. Why is this happening?

Q: In your view, what are the effects of street children on the society? And what could be the main dangers for these kids when left on their own?

These children will definitely develop negative attitudes and may even become criminals. In some cases, street children are used as a tool to steal and carry out other criminal activities in the market. This is dangerous for these kids. There is also alcohol abuse and use of dangerous drugs such as marijuana, super glue, bhange, and even cocaine of which will affect their health and behaviour.

Q: Few days ago, you took part in a rally in Gogrial West which focused on issues that affect society deeply, what were the responses of those communities at the grassroots? 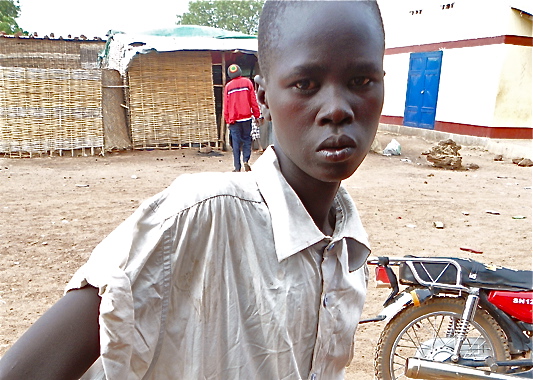 Thou, a 12-year-old boy from Mayomabun in Twic County who moved to the streets a year ago, May 2.
© The Niles | Aping KuluelA: It was a big challenge to the chiefs themselves and parents. They were very unhappy with the state of children and they even proposed some of the resolutions. One of the resolutions they came up with was that the children would be identified and their parents would be hold accountable. The chiefs said police should be deployed in markets under the leadership of commissioner to remove these children and integrate them to their respective families.

Q: The Child Act 2008 is very specific about tackling abuses and negligence towards children but people don’t take it seriously because the law is not applied properly. What is your take on that?

A: We are working hand in hand with judiciary and other law enforcement agencies like the police to put more efforts in addressing those issues. This is a task for the judiciary, local government, police and legal affairs.