A banner in Rumbek on December 1, marking the World Aids Day 2012.

Provision of anti-retroviral therapy for hundreds of HIV/AIDS patients will be halted in 2013 due to a funding shortfall, head of HIV/AIDS commission Peter Gum Ater said on Saturday at a speech to mark World AIDS Day.

A cut in funding from the Multi Donor Trust fund (MDTF) in 2013 will harm medicine supplies and public health campaigns. I urge all United Nations agencies to persuade the donor countries to release funds,” Gum said. 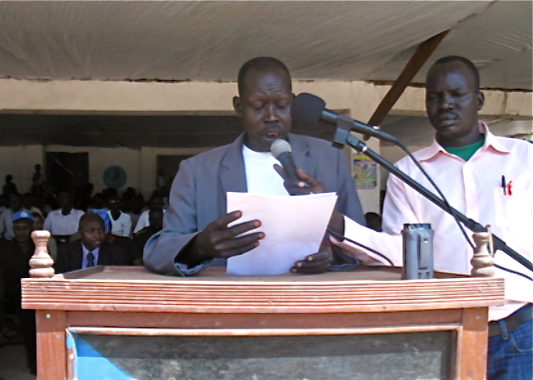 The commission established seven voluntary counselling and testing centres across the state but they will also stop functioning next year.

The news comes as the state is in the throes of a rapid spread of the disease, fanned by cultural beliefs and widespread illiteracy which prevented people from going to counselling and testing.

Cultural practices like wife inheritance, polygamy marriages and initiation marks are the main factors that support the spread of HIV/AIDS,” Gum said.

Meanwhile, social stigma prevented hundreds of HIV/AIDS sufferers from enrolling for anti-retroviral therapy of the disease. Fighting against HIV/AIDS is a collective responsibility of all of us. I call upon the government officials, politicians, community leaders, church leaders and those who are sexually active to take the lead in the fight against HIV/AIDS,” he said, adding that there should be a media campaign to boost awareness of the disease.

Lakes State HIV/AIDS commission said that the infection rate of the disease stands at 2.7 percent in the state, compared to a 2010 survey which put the overall rate in South Sudan at three percent.

The prevalence may look lower compared to other African countries but the situation is alarming for the new nation,” said Gum, adding that open borders and the high influx of returnees from neighbouring countries will speed up the spread of the disease.

Daniel Gumwel, Acting Governor and Lakes State Health Minister, urged the public to be vigilant about the disease. 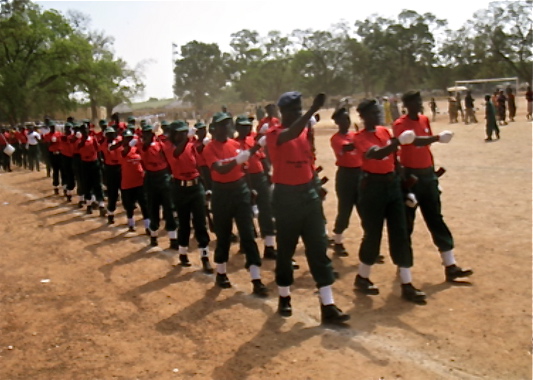 Organised forces marching in Rumbek to mark the World Aids Day 2012, December 1.
© The Niles | Benjmain Majok MonWife inheritance and polygamy marriage should be stopped,” he said. Youth should abstain from sex until they marry.”

A statement from UN Secretary General Ban-Ki Moon, read out by UNMISS State Coordinator in Lakes State Gilbert Nantsa, said that the organisation aims to reverse the epidemic by 2015.

The 2012 UN World AIDS Day report reveals significant progress in preventing and treating HIV/AIDS in the past two years. The number of people accessing the life-saving treatment rose by 60 percent and new infections have fallen by half in 25 countries in which 13 of them are in sub-Saharan Africa countries. AIDS related deaths have dropped by a quarter in 2005, the report said.

According to the Secretary General’s statement, zero new HIV/AIDS infections, zero discrimination, zero AIDS related deaths by 2015 are achievable.
I urge the stronger efforts to eliminate the stigma and discrimination that increase risk for vulnerable populations,” it said.

Half the global reduction in new HIV infections in the last two years was among new born babies, it said, adding that it intended to try and stamp out the spreading of the disease from mother to child.