How technology can help South Sudan

Without a crystal ball it is hard to predict how much water will be available or where a storm will hit hardest. But Geographic Information System (GIS) is a technological tool which is helping development organisations home in on geographical challenges and many say it will boost development in South Sudan. 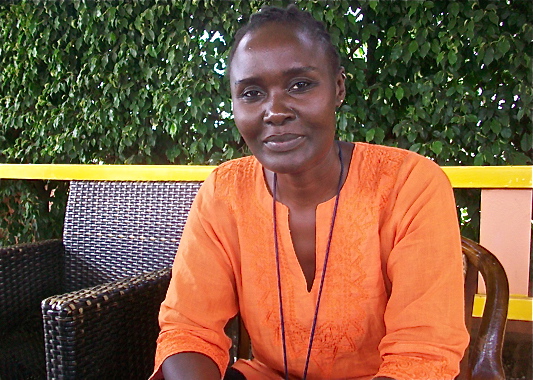 Funded by the European Union, the organisation aims help the nation map out potential conflicts and analyse resources and risks.

Omondi said the government and partners will benefit from the system, which allows them to identify populations with critical shortages. It can also help solve conflicts while reducing the chance of an overlap by different development organisations.

An official from the Ministry of Water and Irrigation Peter Paul said GIS supports decision making and accelerates development, adding that it had helped his ministry to identify the water needs of the people across the country. 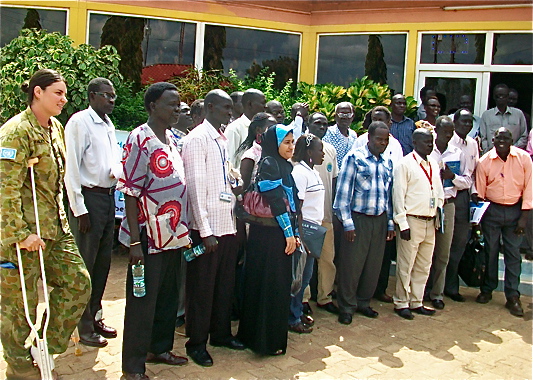 Representatives of the South Sudan Information Management Working Group (IMWG) at the marking of World GIS Day in Juba on November 14.
© The Niles | Akim MugisaIt gives you a picture, the status of water points and shows what you have done, what is functional and what needs repair,” Paul explained.

Using the technology, the Ministry of Water and Irrigation has assessed water needs in Kapoeta (Eastern Equatoria), Jonglei and Greater Bahr El-Ghazel states.

Everton Namasake, an Industry Manager with ESRI, a GIS software dealer in East Africa, argued that the tool promotes transparency and accountability by allowing people to evaluate projects and see if they met their goals.

And some have noted successes due to the new technology. Joseph Abeya from the Office for Coordination of Humanitarian Aid said the geographic information technology assisted his organisation in offering support and managing natural and man-made disasters. It enabled them to monitor floods and assess the impact of natural disasters, he said. That, in turn, meant that appropriate aid can be organised for those affected. 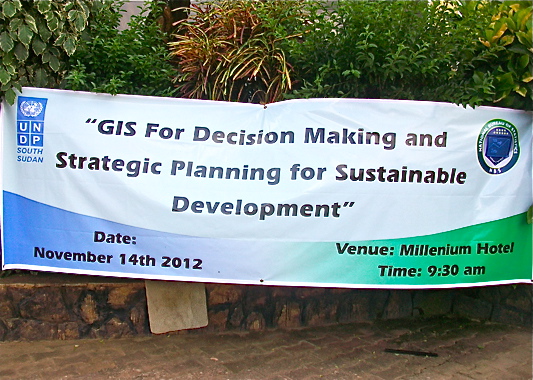 South Sudan marked the World Geographic Information System day for the first time on November 14.
© The Niles | Akim MugisaThe agency adopted the system to monitor conflicts and the distribution of internally displaced persons (IDP). It can help policy makers to think of what to do and agencies to plan a humanitarian response‚” said Abeya.

However, the technology still faces glitches in the young country, said David Godiah from the National Bureau of Statistics’ Information Management Working Group.

He argued the system’s success is reined back by a lack of standard indicators and uniform data collection methodologies among members as well as protected data which is not available for public access.