Does South Sudan care about its media?

Those working in the media hope that the new media laws being drawn up by the government will enable them to report more freely. South Sudan’s Minister of Information and Broadcasting, Barnaba Marial Benjamin insists the laws will soon be in place. But in reality, there is a long way to go.

The media laws are under discussion by the National Legislative Assembly. They include the Media Authority Bill, Right of Access to Information Bill and the Broadcasting Corporation Bill 2012. 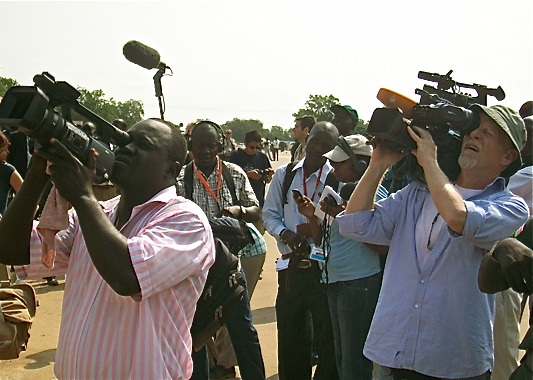 They hope that the law will end their ongoing moral dilemma: Should they report on potentially risky themes like the corruption of public servants? Should they ignore the plight of citizens suffering without roads, healthcare and education?

Over the course of the last year, the bills have been passed around from respective media bodies to the Ministry of Justice and Constitutional development, the Council of Ministers, the National Assembly and have also been the subject of public hearings.

The National Council of Ministers has now approved the draft bill but the question remains: How soon shall media practitioners see the documents passed into law and will they be fair or restrictive?

While planning the new legislation, official research teams visited countries like Tanzania and Ghana, probing how the media operates elsewhere. What the teams learned during these visits could assist in establishing regulations to promote a vibrant media in South Sudan. And change in this regard is sorely needed.

During the 2010 election period, radio stations were forced to close and their managers questioned after hosting opposition politicians.

Journalists working in media houses owned by the national and state government argue that they find it hard to work freely, fearing that reporting honestly may cost them their jobs. 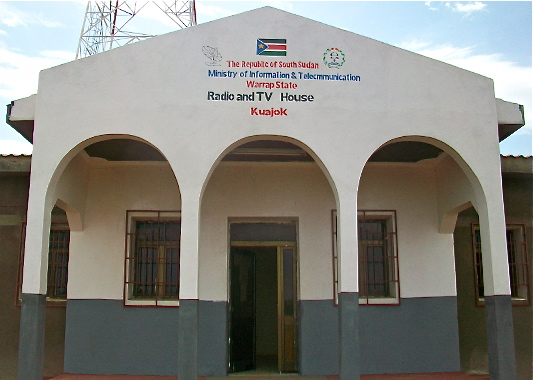 A state owned media house in Warrap State’s Kuajok.
© The Niles | Akim MugisaA number of newspapers from East African countries are being sold in South Sudan, but some have been banned for allegedly threatening security and morals in the country.

Meanwhile, media players complain of the government’s apparent lack of interest in protecting their freedom to operate.

For example, a recent meeting on the bills irked professionals after the responsible government institutions delegated junior officials to attend the event instead of the Vice President Riek Machar and Minister for Information Barnaba Marial, as planned. Many officials then left early, explaining that they had ‘important’ assignments to attend to.

The event conveyed a lacklustre impression of South Sudan’s commitment to the media.

In reality though, there is great room for improvement. Since 2005, private radio stations, newspapers and magazines have sprung up in the country, supplementing the government owned radio and television.

Although these new players make a huge contribution towards national development, they have faced discrimination as the state radio and television organisations are consistently given priority over the newcomers.

Journalists from private media houses complain that government press briefings are regularly delayed until a crew from the national television is present.

The systemic problems were underlined with the signing of the recent South Sudanese-Sudanese deal signed in Addis Ababa. 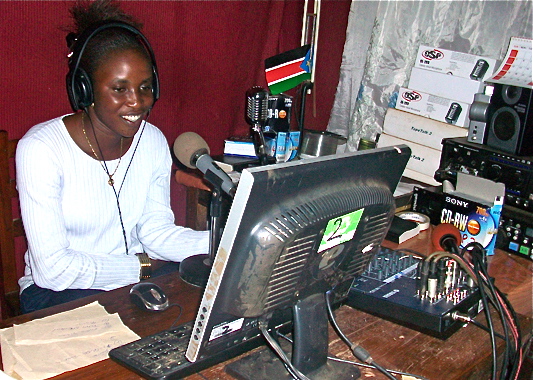 A radio presenter in the studio.
© The Niles | Akim MugisaNo sooner had Presidents Salva Kiir and Omar Bashir inked the pact than citizens in Juba and Western Bhar el-Ghazal State poured onto the streets protesting an alleged ‘giveaway’ of the contentious 14-mile area to Sudan.

Realising that citizens lacked accurate information on the deal, members of the negotiation team rushed to media houses and called press conferences to explain the terms of the agreement.

At the end of the day, it would have made sense to carry a team of journalists to Addis Ababa rather than foot the bill for widespread confusion following the misinformation.

Aside from supporting the private media, the government should fast-track laws necessary to guide media houses and their practitioners. Such legislations should ensure respect for South Sudan’s social, cultural and political diversity and, above all, would enhance professionalism.

Importantly, the government should accept and foster media diversity and allow citizens to express their views and concerns. Otherwise, pent-up anger may cause citizens to break the law in a bid to solve their problems.