For centuries cattle have represented wealth in South Sudan and dowry payments are still typically paid in cows. But a subtle shift is underway and education is challenging cattle as the nation’s key status symbol.

Paul Modi Galeri, who is married to five wives and father of 26 children, says education opens the door to better jobs, and therefore, to a better quality of life.

Whoever is educated is wealthy. You can own herds of animals but you should also have education,” he said.

Whoever is educated is wealthy. You can own herds of animals but you should also have education.”
Paul Modi GaleriThe forty years old SPLA lieutenant colonel numbers among the South Sudanese nationals who are trying to improve their knowledge. Instead of buying more cattle to demonstrate wealth, as he used to, he is now using his money to send himself and his family to university and school.

I want a university degree. I have also taken all of my children and some of my wives to school,” he said.

Without specifying how much he spends on tuition fees, Galeri, who is studying for a degree in public relations, explained that it was important to him that his children and wives stay in school. Reflecting his enthusiasm, his first born and his fourth wife are simultaneously finishing their university degrees at Kampala International University.

However, statistics show that South Sudan has a long way to go to improve its track record on education. The United Nations says the country has one of the worst track records for literacy on the planet. Given a lacklustre school system, lacking basic infrastructure, many leave South Sudan.

Increasing numbers of wealthier South Sudanese travel to neighbours like Kenya, Uganda to seek a better education. Lieutenant Galeri forms part of this trend as most of his extensive family are studying in Uganda.

And his family are grateful for their opportunities. Galeri Paul, one of Galeri’s sons, is at secondary school. At first I was in poor school in South Sudan. But he (my father) brought me to a better school in Uganda,” he told The Niles.

South Sudan’s zeal for learning dates back to John Garang, the nation’s iconic former leader who urged his soldiers to train to enable them to understand the ideology underpinning their cause. 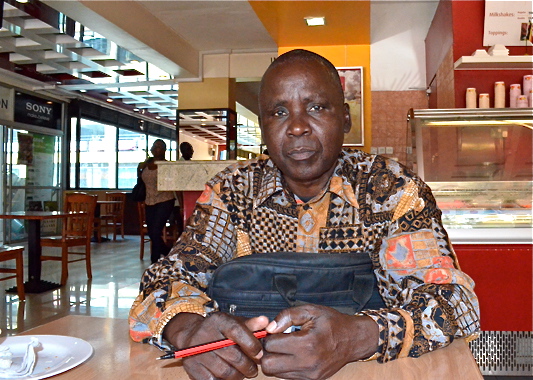 Like other parents, Galeri hopes his investment in education will pay off. His family has already clocked up initial success stories: My second wife graduated with a university degree a few years ago,” he said. And she is now a member of parliament.”

However, despite the newfound appetite for education the traditional importance of cattle remains strong, especially in rural regions. Kalonzo Nyiwan said: Societies do not change overnight. Cows, like education, will remain important for generations to come.”

Among many South Sudanese tribes cattle are used to exchange for a wife’s hand in marriage. This means someone with many cows has the power to marry as many wives as they wish. Owners of large herds also command considerable respect, especially among nomadic people.

But although many people aim to study, Kalonzo Nyiwan warns that the government is not rewarding academic success. Jobs and special privileges are given to those who participated in the war or their close relatives,” he said. Others feel alienated in their own country.”

The psychologist said the trend towards education will become firmer when graduates can access good jobs.