Warrap harvest improved but famine looms for many next year

A display of local products at the agriculture fair in Kuajok, November 2.

Cultivation and yields have risen this year, according to State Minister of Agriculture Majok Bol, but not enough to ensure enough food for the local population.

Almost four counties were initially affected by drought and later on floods so we still fear food gaps,” he told during an agriculture trade fair in the state capital Kuajok. 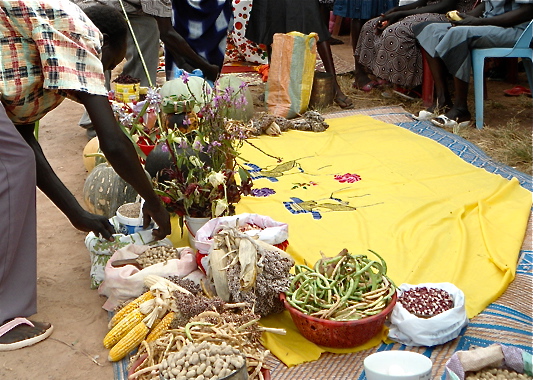 Ayak Awet and Akot Ajook, two farmers from Gogrial East, both cultivated five feddans which suffered from the bad weather and noted that traditional farmers are likely to face serious shortages because of low crop yields.

Two feddans of the five that I cultivated were completely spoiled by weather changes, but I still harvested over 20 sacks,” Ayak said.

She added that she does not expect to face food shortages next year but is concerned for those who were worse affected by the extreme weather. I was lucky because I hired a tractor but those who used their hands are going to be threatened by famine,” she explained. 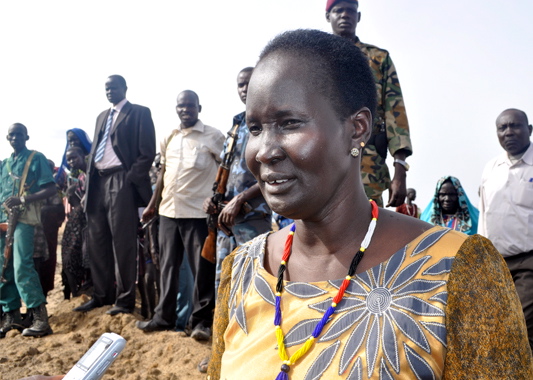 He urged the government to support farmers with enough ox-ploughs and other tools to ensure large scale farming.

I request all people to stop fermenting produces such as sorghum, maize and cassava for this local brew of ours. It is better you sell those produces in the market so that someone who is in need of food can buy them,” she said.