South Sudan’s president Salva Kiir Mayardit joined an international chorus of congratulations last week, praising Barack Obama for an impressive victory”. Many South Sudanese cheered the news -- but also called on the reelected president to do more for the African continent.

Many South Sudanese say the president’s ancestors originated from their homeland. His father is from Kenya’s Luo ethnic group, which is said to have originally come from South Sudan. 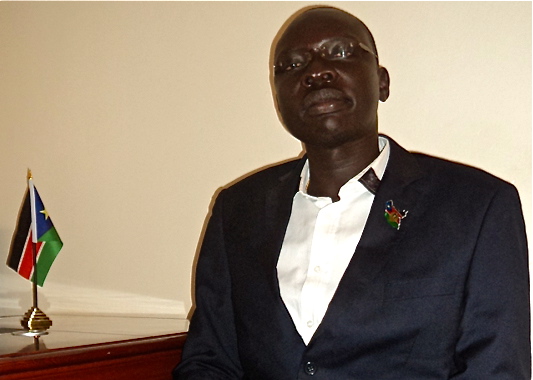 Maker Paul, Migration Officer at the South Sudan Embassy in Uganda, November 8.
© The Niles | Abraham Daljang MakerMaker Paul, a migration officer at South Sudan’s Embassy in Kampala voiced his joy at the leader both as an African and more so a Luo whose ancestors migrated from South Sudan, centuries back,” he told The Niles. I see him as my own brother.”

However, he complained that Obama had failed to live up to Africa’s big expectations during his first four years in office, a shortcoming that he now had a chance to remedy.

Following the election, a number of South Sudanese took their celebrations online. Abraham Maker Gol, who lives in the capital Juba, enthused on Facebook: I did not sleep on Tuesday because of the elections ... I am proud of Obama. I hope this time he will help South Sudan and Africa.”

But some argued that Obama’s challenger Mitt Romney would have adopted better policies for South Sudan.

Mabior Augustine, who is completing a masters in strategic and security studies, said Romney had pledged action on the disputed border between South Sudan and Sudan whereas Obama had not outlined his views on the subject. 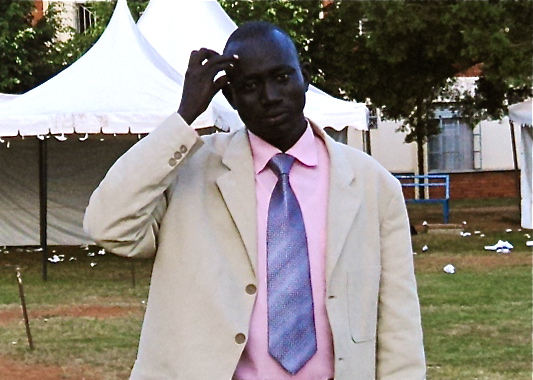 Mabior Augustine after Obama’s victory was announced, November 8.
© The Niles | Abraham Daljang MakerMany of his compatriots were blinded by Obama’s ethnicity, Augustine said: My fellow South Sudanese think that Obama will do something for Africa because his of his origins. I don’t believe in such narrow-minded thinking.”

But the tide of popular opinion in the region was firmly behind the reelected leader. I am very happy that racism in America is fading now,” said Busuulwa Kayongo, a 61-year-old man in Entebbe municipality, Uganda. Obama is like my own son and I would urge him not to forget Africa where his father comes from.”

Barack Obama’s father comes from Kenya and his mother comes from Kansas. He made history as the the US’s first black president in 2008 when he entered the white house on a platform of change. The victory was particularly symbolic for South Sudanese who claim that the Luo, Obama’s father’s ethnic group in Kenya, originally migrated from South Sudan’s Bahr el-Ghazal in South Sudan.

Obama’s administration pushed for the referendum on South Sudanese independence in 2011. However, since then relations between the two states have chilled, notably with Obama pressing Kiir to halt support for the Sudan People’s Liberation Movement-North (SPLM-N) fighting Khartoum along the border, an arrangement which Kiir initially denied, despite the US’s strong evidence to the contrary.

However, across the border in Uganda Obama’s reputation remains strong, boosted by his administration’s decision to send a hundred-strong troop of American special operation forces to assist the hunt for Joseph Kony, the notorious rebel leader of the Lord’s Resistance Army.