Uganda has become the academic crib for many South Sudanese who fled their country during Africa’s longest civil war. Most of these students got their formative education in makeshift schools in refugee camps before attending university, sponsored by refugee scholarship programmes.

At the recent graduation ceremony at Nkumba University, about 70 South Sudanese students graduated. More than half were beneficiaries of the Windle Trust International Scholarship.

Nathaniel Oyet, who was among this number, graduated with a Master of Arts in International Relations and Diplomacy. He told the Niles that he is keen to go home and help rebuild his war ravaged nation. 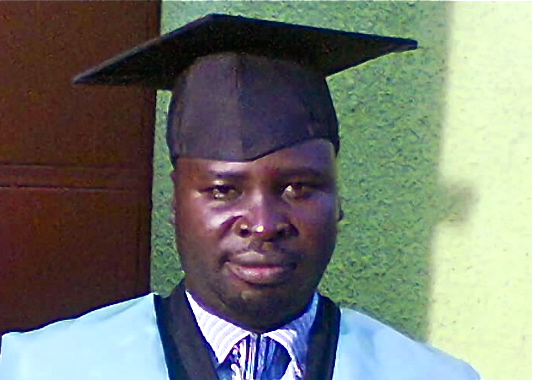 Nathaniel Oyet graduated with a Master in International Relations and Diplomacy, October 20.
© The Niles | Abraham Daljang MakerHowever, like his co-graduates, Nathaniel is aware of the difficulty of finding a job in South Sudan where many graduates are unemployed. Graduates should not have high expectations about jobs,” he said, adding that many jobs were given to people because of their connections rather than their qualifications.

South Sudan is one of the poorest nations in the world with an illiteracy rate of over 70 percent. The increasing number of South Sudanese university graduates from East African countries, like Kenya and Uganda, is feeding hopes that the country will gain a more educated class in the near future.

Among those with high hopes for the future is Jack Candiga, from South Sudan, who graduated with a diploma in journalism. He hopes to return to his home town and work as a radio presenter. I want to give a voice to the voiceless,” he explains. Without free media, there can be no freedom and no good life.”

During Sudan’s civil war Candiga was a refugee in the Democratic Republic of Congo where he completed his primary school. He then moved to Uganda where he attended secondary school.

Uganda is the East African country which hosts the majority of South Sudanese students. They study at all of the country’s 32 public and private universities. Kenya is the second most common place to study, followed by Ethiopia and Tanzania.