Bonifacio Taban
South Sudan’s Unity State has been hard hit by price inflation following the division of the two Sudans. The state, which lies on the border with Sudan, has been long depended on imported goods from the North.
Archive
Share this article:
Facebook
Twitter
Google+
Visit us:
Facebook
Follow us:
Twitter
Permalink:

Unity State’s market places have been doubly buffeted by the loss of imports from the Sudan and severe flooding, which destroyed crops. Locals struggle to pay inflated prices and to locate key foodstuffs which are now in short supply.

The problem has become acute for many locals, even threatening their lives. Nyadiet Mut Kai, a 24 year old woman, walked for more than three hours from her village to Bentiu to try to buy a bag of sorghum, a cereal crop. However, rapid inflation meant that she left Kalibalek market empty handed.
I came here to buy a bag of sorghum, but I found the price had doubled compared with July. I went around all the shops but no one would accept what I could pay,” Kai told The Niles.

Various factors are to blame for the sharp price rises. Following heavy clashes between Sudan and South Sudan along the border, Khartoum in April banned exports to South Sudan, even imposing a death threat on traders caught smuggling goods into South Sudan. 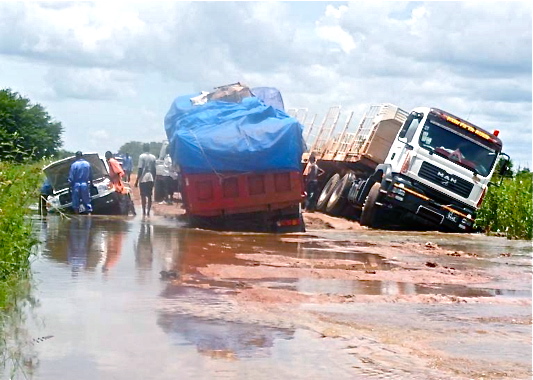 Abdelgadil Amal Mahmoud is a trader from Sudan. He has been in Bentiu for ten months struggling to get goods from East Africa through Juba. He said that traders were also forced to raise their prices because of the taxes levied on goods in the state.

If the government reduced the high taxation on the traders, they could lower the prices in the market,” Mahmoud said.

Meanwhile a string of illegal check points where traders have to pay to pass, boost the cost of importing much needed commodities into the state. Along Unity State’s Mayiandit and Bentiu roads there are nearly 100 checkpoints operated by unauthorised people.

But the reality for many Unity State citizens remains bleak. Austerity measures imposed after South Sudan shut down oil production in January, mean that many citizens go to bed with an empty stomach. The high cost of transporting food and other commodities made them prohibitively expensive.
In recent days, a 100 kilogram bag of sorghum cost 700 (US$200) South Sudanese pounds, more than three times the pre-crisis price. 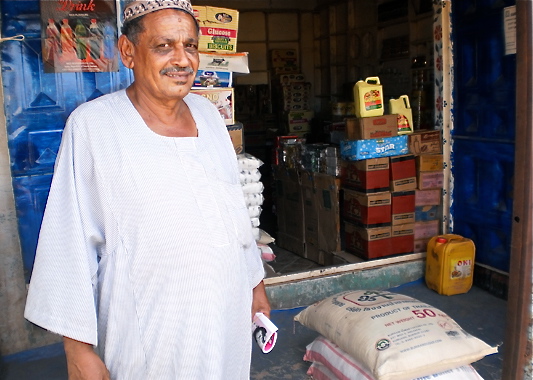 A trader in front of his shop in Bentiu, October 28.
© The Niles | Bonifacio TabanJames Mafer, executive director of Unity Community Organisation and Enlightenment Trust, based in Unity State’s capital, urged the government to safeguard its people. He said that the commodities shortage in the state’s markets, threatened the lives of the poorest.

Ordinary citizens may not be able to afford the expensive goods in the market,” he said, adding that better roads were needed to help import vital foodstuffs. The issues of illegal taxation by unknown groups of people within the state are also contributing to people’s hunger.”

Meanwhile, after recent flooding destroyed crops, local markets lack a number of basics, including onions, and a Sudanese bean, locally known as Pul El-Sudan”. Traders said a sack of onions recently cost 1,500 (US$430) South Sudanese pounds, compared to prices of 100 to 150 South Sudanese pounds before secession.

South Sudan is dependent on imports for nearly all of its food, which hails mainly from Sudan, Ethiopia, Kenya and Uganda. The country has vast areas of fertile land but insecurity and the lack of agriculture production means that the new nation imports most of its food, medical supplies, and manufactured goods.