Maria Amakou, Mother of twins operated in Rumbek hospital when she was 17 years.

South Sudan is among the countries where underage marriage is most common. As well as curtailing girls’ education and exposing them to exploitation, the cultural norm exposes them to the risk of pregnancy before their body is mature enough.

An estimated 60 percent of emergency operations carried out in the state are performed on underage mothers.

These are children. Their pelvis is not wide enough for the babies to pass through easily,” said Peter Manyang Akot, anaesthetic assistant in Rumbek State Hospital.

Some mothers survive but those with prolonged labour in remote areas with anaemic conditions are at risk of dying after operation,” he said, adding that the hospital has no blood bank. The mother dies, simply because services in the hospital are not adequate.”

He urged parents to halt the practice of early marriage. A child having another child in her body is at risk,” he said.

In South Sudan, it is usual for girls to be married as soon as they get their first period. Some girls keep their menstruation a secret as they do not feel old enough to marry. But girls face deep-seated cultural prejudices: Young women who are still single by the age of 18 are stigmatised as too old. 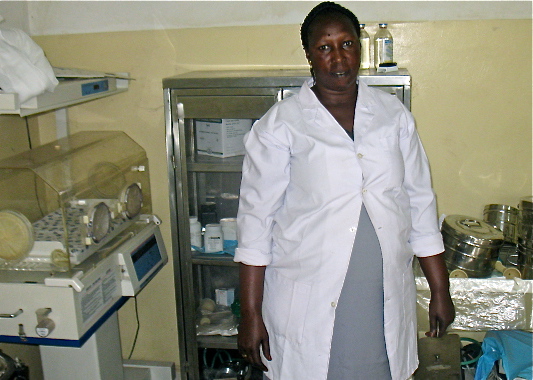 Two girls died in the hospital in August and four other underage mothers were rushed to hospital when their uterus had burst after a prolonged labour at home, she said.

Maria Amakou Cipuounyuc was lucky to survive. I was pregnant with twins while I was young. The twins were born during an operation,” she explained.
She had her first baby two years ago and the twins were born when she was 17 years old.

Aluak Maker Thiau was 16 when she had an abortion which triggered complications. After the abortion, I had a severe stomach pain and I was told that there is blood inside the uterus. I needed an operation,” she said.

Asked why she married early, she explained: My parents agreed to the marriage, I cannot reject what they agree. It is our culture to get a husband in your early years, if you wait more than 18 years, people will laugh at you,” Maker Thiau said.

A nation-wide survey completed in 2010, indicated that around 40 percent of girls are married aged between 13 to 14.

UNICEF recently named South Sudan among the countries with the highest prevalence of child marriage. The organisation wrote that teenage girls are far more likely to be a wife than a student. From a population of over seven million people, only about 500 girls complete primary school each year. In comparison, one in five adolescent girls is a mother.

Watch this video by Girls Not Brides and The Elders about child marriage, which affects the lives of millions of girls around the world.Preventing child marriage in South Sudan will protect the girls’ rights and reduce the risk of violence, early pregnancy, HIV infections, maternal death and disability, the report said. It would also give them a chance to continue their education.

In a poor family, an older girl may be seen as an economic burden for the family. Becoming a young bride is also seen as a strategy to prevent girls from becoming pregnant before marriage, which is not socially accepted.

Parents may also think that marrying their daughter will help protect her from sexual assault, a common tactic during the civil war.

Not uncommonly, girls are married to men much older than they are, or to men who already have one or more wives.

Earlier this month, the United Nation Population Fund (UNFPA) called on policy makers, parliamentarians, communities and families in South Sudan to tackle the trend of early marriage. In South Sudan, marriage is generally not a choice, but an obligation. Everyone is expected to marry and raise a family. Some ethnic groups encourage their men to marry as many wives as possible.

Child marriage is a violation of human rights because it denies girls the right to decide when and with whom to marry,” the UNFPA wrote.