A street child wipes a windscreen at a traffic light on Khartoum’s Niles Street, October 18.

Mosaab loiters beside a traffic light in central Khartoum with a small cloth in his hand, ready to pounce on expensive looking cars. He claims to be 12 but looks more like nine and spends his days wiping windscreens to earn some money for food, racing to finish before the light turns green.

I came to Khartoum from Damazin a few months ago after the war broke out,” he told The Niles, adding that he lives with his grandmother in Omdurman, a city in Khartoum State.

Mosaab works at a traffic light on Nile Street, not far from the Sudanese presidential palace. He is not alone. Increasing numbers of street kids are competing for business: When a new car pulls up the children sometimes fight to get to it first.

Research by Al-Raja Association, a charity which supports street children, estimates that there are some 11,000 street children in Khartoum State alone, of a population of around seven million. That number peaked in 2007, when the city had more than 35,000 street children after Sudan became home to over two million internally displaced persons from South Sudan.

In his office at Al-Raja Association’s director Waheed Abdel-Rahim says Hassan’s biography is typical. Often the families of street children are very poor. They have many children and cannot feed them, so the children leave home to feed themselves and try to escape from poverty,” he explained.

Poverty is particularly acute among displaced families, which explains why most street children hail from war-torn areas who fled with their families to the Sudanese capital.

Given the tough economic conditions, including rampant inflation, and wars raging in a number of Sudanese states, people in Khartoum have noted an increase in the number of street children, especially outside banks and restaurants. 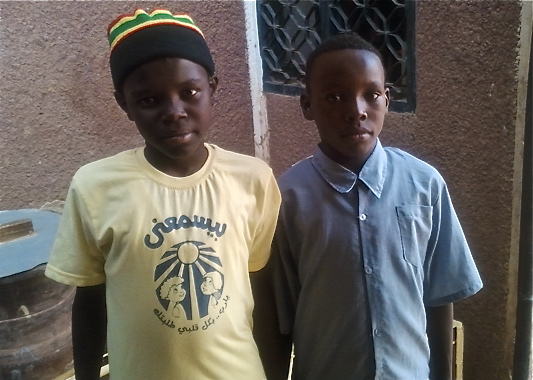 Samuel and Musa, two boys who stay at Lundin House in Khartoum, October 9.
© The Niles | Reem Abbas ShawkatThe Al-Raja Association was founded in 2003 by a former nurse. It is located in the Khartoum North suburb of Haj Yousif which grew out of thin air in the 1980s. Initially composed of makeshift camps for South Sudanese, it later became a home for Sudanese migrants from rural areas.

Opposite the foundation is a large building called the Lundin House after the Swedish family donated it to the charity. The building is split into two: Half forms a home for 15 children who mostly attend school, the other half houses 30-60 boys who use it as a place to sleep after working in the market or cleaning windshields at traffic lights.

We give them food, provide educational and entertainment facilities and a clean place to stay,” says Abdel-Rahim who adds that the children receive emotional support through therapy.

Most of Khartoum’s street children sniff glue, which suppresses hunger and thirst, and has given rise to a common saying in Khartoum stay away from the glue-sniffers”.

This substance abuse renders street children even more vulnerable, according to Aisha Abdel-Moniem, a social worker at Lundin House. Addiction is high and it puts them at risk of being exploited and abused by the older street-children or criminals,” she told The Niles. 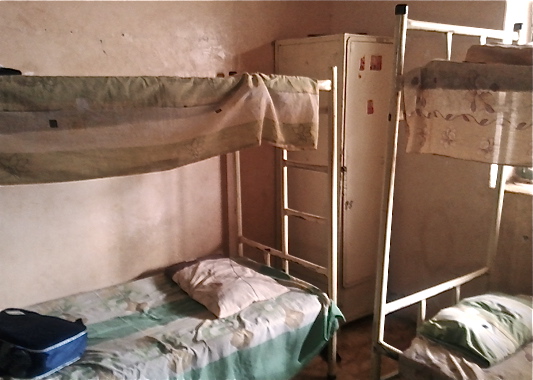 A room inside the Lundin House, providing a place to sleep for over 60 street children, October 9.
© The Niles | Reem Abbas ShawkatThe children at Lundin House are the luckier ones. Their new abode prevents them from spending more years on the crime-ridden streets. Many cannot expect any help from their over-burdened families, who sometimes come and visit them at their new home. Many others are orphans.

And the house, with its good living conditions and enthusiastic team, offers children economic and emotional security, often for the first time.

It has produced its own success stories, like James, a young man from South Sudan, who came to Lundin House as a child and now studies at university.

But out on the streets, children are victims of harassment and abuse at the hands of the society and, sometimes, police officers.

Life under the city

Seeking refuge, many have created a life inside khors”, a vertical tunnel that stretches for many kilometres and acts as a storage space for rain water in a country where rain is not discharged into a drainage system.

The number of people living underground has grown in recent years as the population of street-children expanded and as some street-children began having their own families. The khor” offers them a rent-free place to live.

But as well as being damp, these new abodes have also turned out to be risky. A few months ago, when residents of Al-Morada complained about thefts in the neighbourhood and blamed the street children. The Khartoum State police force took immediate action.

They threw tear-gas inside the tunnels, the people living there suffocated and tried to get out,” said Hatim Habab, an eyewitness.

The inhabitants came back and continued to live underground, but the police clampdown continued with the last one taking place in recent days.

Last year, in late June, activists were shocked to learn that at least 77 street children died as a result of an overdose of methanol as reported by the ministry of interior. Questions were asked as whether this was the real cause of their deaths.

The Ministry denied such rumours and the Khartoum State police said that it wants to halt the substance being smuggled into Sudan from neighbouring countries.

We are hoping to train them to start producing and selling their products to generate income,” said one worker who preferred to remain anonymous.

But the refuge homes can only provide beds for a fraction of the city’s street children. Eight year old Hassan, for example, spends his days wiping windscreens by a traffic light in Khartoum even though he can barely reach the glass to clean it.

His mother died and his father does not earn enough to support the family, meaning that Hassan spends a large chunk of his life on the streets, cleaning windscreens by day and dividing his nights between his home and the streets of Khartoum.

I work and feed my young siblings,” explained Hassan, before running to the pavement as the traffic-light turned green.