John Malou Manyiel, a student of Nkumba University in Kampala, was overpowered by three men, who stole his gold necklace, September 6.

Many South Sudanese students travel to Uganda to study. But their university life is increasingly overshadowed by the threat of attack. An increasing number of foreign students have been robbed but the local police have failed to clamp down on the thieves.

John Malou Manyiel, a student of Nkumba University, was overpowered by three men, who stole his gold necklace. I was attacked in a broad day in the city centre and no one came to my rescue,” he said. Everyone including the policemen was looking on as I wrestled with the thugs.”

I was attacked in a broad day in the city centre and no one came to my rescue.”
John Malou ManyielSuch incidents are common in Kampala, where locals believe the South Sudanese students are rich. Thieves have seized many students’ laptops or mobile phones. Others have had their school fees stolen by criminals lurking near the banks.

But the police are failing to crackdown on the criminals, students say. Two days after his necklace was stolen, Malou was challenged by thieves in his private hostel. He rang the police who came to his rescue but then ordered him to pay 10,000 shillings (US$4), allegedly to cover them leaving the police station to come to the hostel. I had no choice but to pay,” Malou said.

Many South Sudanese students study abroad and a large proportion of these attend one of Uganda’s 30 public and private universities. As in South Sudan, many Ugandans live below the poverty line. Rising unemployment has fuelled criminality in Ugandan cities.

Pita Mary, another student in Nkumba University, was in her bed when five men carrying machetes came to her room in the middle of the night and ordered her to hand over everything or she would be killed. These men seem to know me because they entered my room. I had to give them my laptop in order to save my life,” she explained. 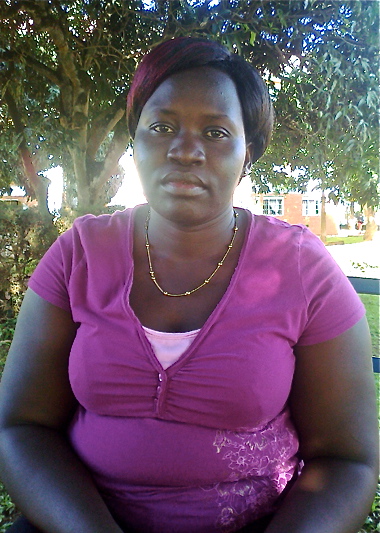 Pita Mary in Kampala, September 10.
© The Niles |  Abraham Daljang MakerThe thieves slashed her mosquito net with a machete leaving her helpless and in shock. She reported the matter to the police and suspects were arrested. I thought that justice would prevail but instead, the police were asking for money from me, even though all my money had been taken.”

She was told to pay 20,000 shillings for the investigation and two days later, one police officer wanted 50,000 shillings, claiming that he would locate the laptop on the internet and track down the thieves.

The Ugandan Police has long been accused of corruption because they ask for money, commonly known as kidogo kidogo in Kiswahili (something small).

David Kassassa, a dean of students in Nkumba University warned that many students, especially foreigners, are targeted by thieves. He told students renting rooms in private hostels to be very vigilant and instructed students to take care with unfamiliar people.

And South Sudanese students in universities across the capital tell of the risks they face. Yumugyima Elias, a student in Kampala International University, was conned by a man in class who took her phone.

William Makur Panyon, a student at Ndejje University in Kampala, said crime is not common in the university but students are often robbed while withdrawing school fees from the bank.