SPLA combatants posing in front of their artillery at Yei airstrip, October 16, 2006.

Culturally and geographically South Sudan is a long way from Sierra Leone and Liberia, but their recent histories are very similar. Their citizens and infrastructure have all been rocked by civil war and violence. These civil wars have damaged the reputations -- even after the violence stopped, they struggled to rebuild their reputations.

South Sudan, in comparison, is starting from scratch. It is seeking to build a nation but its infrastructure and institutions have been destroyed by the long war. In effect, South Sudan has inherited Sudan’s shattered image. 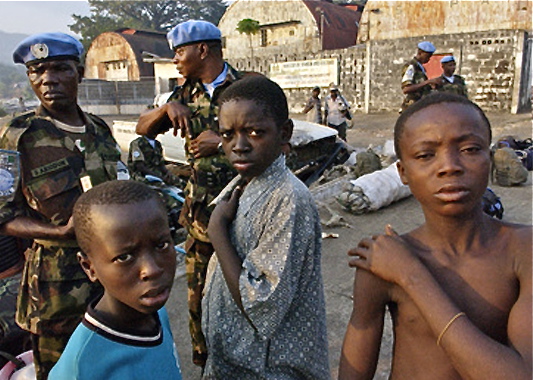 Orphaned and homeless children who live at the Ferry Port in Lungi begging for money and food from the departing United Nations Mission in Sierra Leone (UNAMSIL), October 5, 2006.
© UN Photo | Eric KanalsteinFor over five decades, the history of Sudan’s protracted civil war has inevitably triggered negative media coverage across the globe. The war and its effects such as famine, massive displacement of population, diseases, drought and the recent emergence of ethnic strife in South Sudan have made global headlines. Because of this sustained coverage, the media, and foreign media in particular, has created negative perceptions, painting South Sudan as a hostile and violence-ridden society.

TV footage repeatedly depicts angry young men carrying AK-47 rifles or photos of emaciated children standing outside huts. What do these images say about South Sudan’s position in the world community? How to counter this bad image of South Sudan? One possible answer to this conundrum is simple: Rebrand South Sudan as Sierra Leone and Liberia have done.

According to Anoush Rima Tatevossian, who wrote Tatevossian in 2008, national rebranding is when a nation seeks to reposition itself or correct pre-existing or out-of-date notions about the state in order to reflect fundamental political, economic and/or social changes that have emerged in the country”.

Simon Anholt who coined the phrase ‘nation branding’, in 1998 has since said that the phrase has been distorted by naive governments and consulting firms. He argued that countries are judged by what they do, not by what they say, as they have always been; yet the notion that a country can simply advertise its way into a better reputation has proved to be a pernicious and surprising resilient one”. 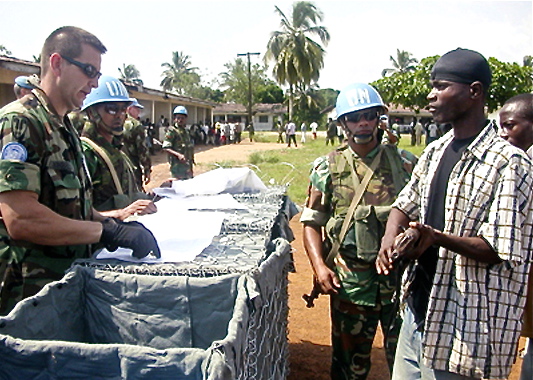 More than 2,000 former combatants in Liberia have turned in their weapons in an encouraging start to a disarmament and rehabilitation campaign to stabilise the country. Combatants are disarming at Camp Schieffelin, outside of Monrovia, December 8, 2003.
© UN Photo | Shima RoyIn my view, South Sudan can utilise the techniques used by companies to rebrand their products. In essence, nations have the capacity to rebrand their image and reputation if they have been sullied. This can be seen in the cases of Liberia and Sierra Leone in the early 1990s. The opinion and perception of these two countries was discoloured by civil war but since then have been dramatically improved.

In the case of Liberia, the violence inflicted on the innocent civilians was known globally: The world witnessed the ruthless assassination of their former President Samuel K. Doe. More recently, Liberia has emerged from obscurity and made significant changes to its image. These days its reputation is envied both within Africa and beyond.

To its credit, Liberia has held two successful free and fair elections. Its people have elected and re-elected Africa’s first woman president, President Ellen Johnson Sirleaf. She has helped Liberia move away from its reputation for severe and extreme violence. She was recently awarded the Nobel Peace Prize for her role in the Liberian peace process. She has also made considerable efforts to bring Liberia back into the international fold and reopen Liberia to the world market.

Sierra Leone has gone through a similar process. The small West African country was once famed for the quality of its education, which earned it the nickname ‘Athens of Africa’. However, this reputation was overshadowed by a decade of civil war, violence and political unrest starting in the early 1990s. 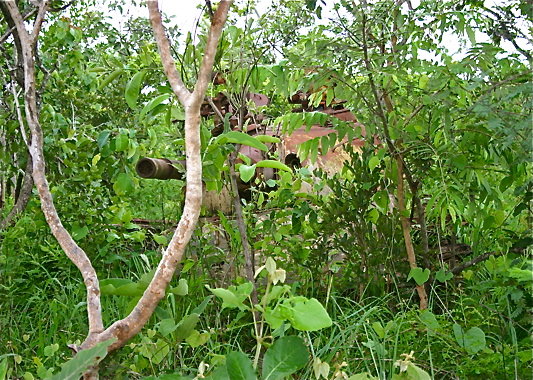 An abandoned tank in Central Equatoria State, January 2006, witness of one of the longest civil wars on the African continent.
© The Niles | Dominik LehnertYet, Sierra Leone has emerged from those dark days and stands out as an example of positive change in Africa. The nation has clocked up ten years of peace, and its political climate has been impressively stable. Sierra Leone’s soldiers were once considered among Africa’s worst for the extreme violence they inflicted on the innocent civilians. Today, however, they have turned over a new leaf. Some 160 of its soldiers, who were once considered soldiers by day and rebels by night” to contribute to the international soldiers and police force in Darfur, Sudan.

In my view, South Sudan is in a position to change its reputation for the better. Seeing as it is, starting from scratch, the government can seize this chance to avoid repeating a typical African post-colonial tragedy of corruption and repression. The government must respect good governance, freedom of expression and the rule of law. This would help repair South Sudan’s shattered image. Rather than repressiveness, South Sudan should establish a strong and sustained public relations system in all government institutions to counteract any negative media coverage, following the example of other free societies.

World Press Day: Time for South Sudan to look in the mirror

All talk, no action: Why media freedom in South Sudan is still a dream
All articles are available for republishing. Please notify us via email when you syndicate our content. Thank you!
© 2020 MiCT, all rights reserved.