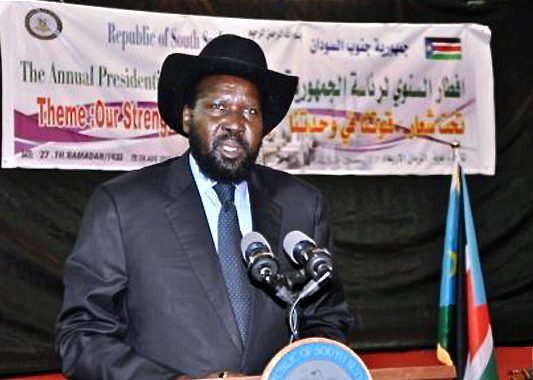 Happy Ramadan from the President, August 15. © The Niles | Akim MugisaThe Annual Presidential Ramadan Fast was held on the theme Unity is Our Strength”. Kiir addressed over 500 Muslim men and women at Freedom Hall in Juba.

The Republic of South Sudan has no room for a politicised Islam and other religions, leadership of the country will not allow anyone to use Islam for a political agenda,” Kiir told the congregation that included representatives of the Christian faith.

His speech was greeted with a mixture of Islamic Allahu Akbar, Allahu Akbar” and Christian Alleluyah, Amen” chants.

Flanked by the Secretary General of South Sudan’s Islamic Council Shiekh Tahir Bior Ajang, the president told his guests that work would begin on a direct route from Juba to the Saudi Arabian city of Jeddah to ease the annual pilgrimage to holy sites of Mecca and Medina. 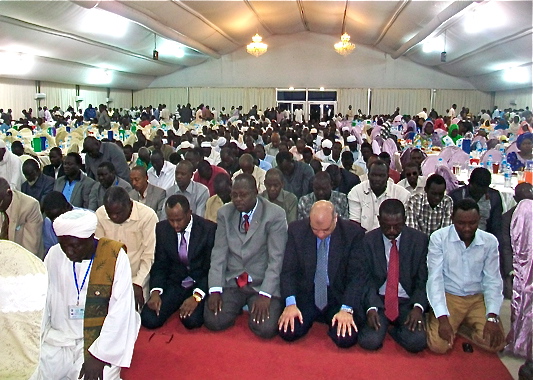 Muslims in evening prayer at the Presidential Dinner at Freedom Hall in Juba, August 15. © The Niles | Akim MugisaA representative of the Archbishop of the Episcopal Church, Daniel Deng Bul, highlighted similarities between the two religions, saying that like their Muslim brothers and sisters, scriptures teach Christians to fast and seek God’s guidance.

He reiterated the president’s call to forget the past tensions and focus on the peaceful co-existence and unity among all South Sudanese irrespective of religious backgrounds. 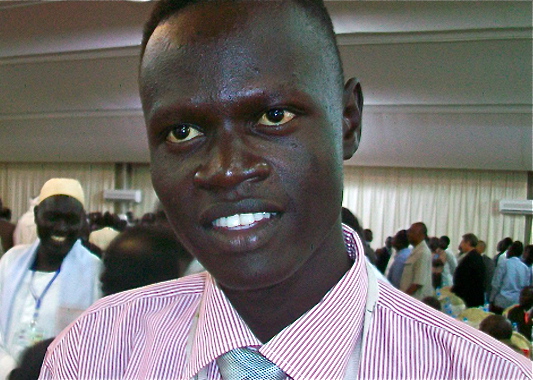 Sheikh Juma Saidi Ali, Director for Peace and Religious Affairs at the South Sudan Islamic Council said he is a strong leader. He is a leader for us all, Muslims, Christians and the non-religious.”

Ali welcomed the president’s announcement of a travel plan for pilgrims to the Saudi-based religious sites, saying South Sudanese faced challenges in Khartoum where such trips were reportedly approved according to political affiliation.

We had problems in the north. We would stay in poor conditions for up to seven days and needed to belong to a particular party in order to get a chance,” he added.