South Sudanese ripped off in Kampala

Norah Tabu, who hails from South Sudan but lives in Kampala, has resorted to drastic measures to avoid getting ripped off at the local market.

Now I take a friend or two with me so they can buy items for me,” she said, adding that it is an unfair fact of life that Sudanese have to pay more for their basic commodities than locals.

Norah explains that she is given the correct price if she is accompanied by someone who speaks the local language. 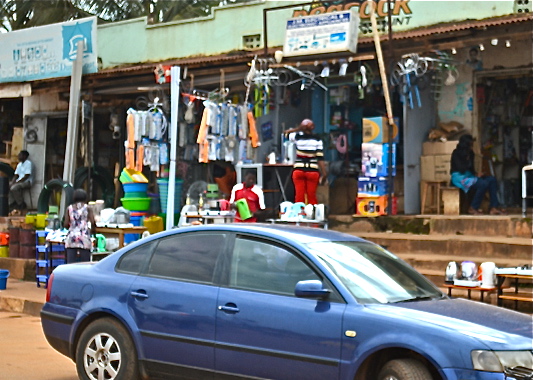 Electronic shops in Kansanga, Kampala suburb, July 31.
© The Niles | Ochan HanningtonShe is one of many South Sudanese nationals living in neighbouring countries. Roughly four million people were displaced during the war. Although some South Sudanese returned home following the peace deal struck in 2005, others continue to go abroad to study.

The majority of South Sudanese people living in Kampala cannot speak the local language, meaning they pay over the odds for goods from the markets, shops and other kinds of businesses.

Kafeero Paul, owner of a downtown clothes shop is happy when foreigners come to his store. It is a better deal when you sell to foreigners,” he said. They hardly bargain. They just pull out their money and pay.”

He says that he celebrates when he gets customers who speak English or languages other than the widely spoken Luganda. Such people are usually foreigners who have a lot of money.”

Motorcycle taxis, also known as boda-boda, also routinely overcharge South Sudanese people. We go to work with the aim of bringing home as much money as we can so we bargain for more pay from a passenger,” Mr. Kabanda, a boda-boda cyclist explained. 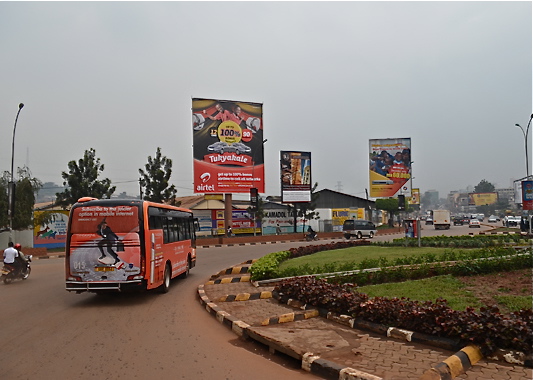 The city’s new fleet of buses, July 31.
© The Niles | Ochan HanningtonUganda, just like other East African Countries, has a large and expanding South Sudanese community, including many students.

An official at Uganda’s National Chamber of Commerce and Industry (UNCCI) says that she was unable to help with the problem.

It is not our mandate to regulate prices in the market,” she says, adding that business owners are free to fix price tags as they wish.

But who will step in to help poor people who are falling prey to dishonest business owners? At present people’s hardship is being intensified by habitual market-place overcharging.

Although Norah is trying hard to avoid losing money this way, sometimes she forced to pay more than her local counterparts. It is difficult to have someone by you all the time to buy whatever you need from the market and shops.”