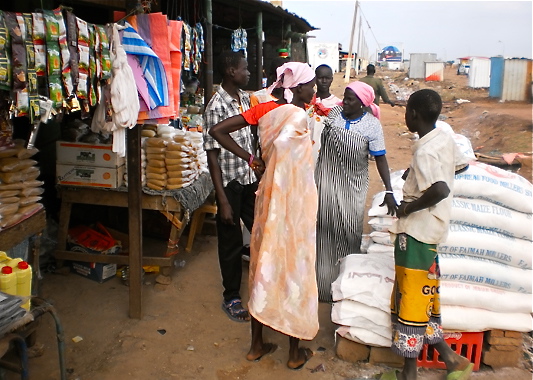 Traders at Kalibalek Market  in Bentiu (10.05.2012/Bonifacio Taban).People living in South Sudan have to pay more for food after the new nation halted oil production. Traders in Unity State have increased the price of food brought from Uganda through Juba.

Mohamed Salah el-Niem, a trader from North Sudan who has been doing business in Unity for about 12 years, blames the price rises on a number of factors.

All items became expensive because of the rise in the dollar value in Juba, and the recent ban on goods supply through North Sudan,” says el-Niem. Rising fuel prices means that transportation charges are higher.” 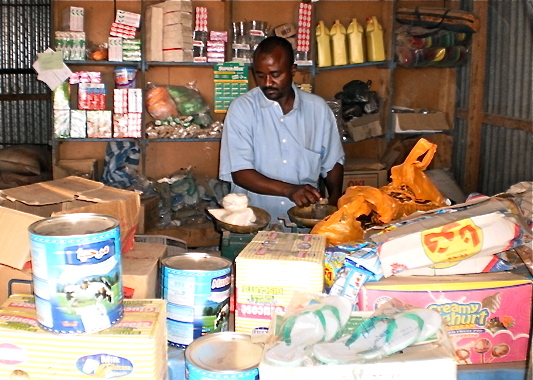 Relations with Sudan Sudan broke down and landlocked South Sudan is now facing sharp rises in the cost of fuel. 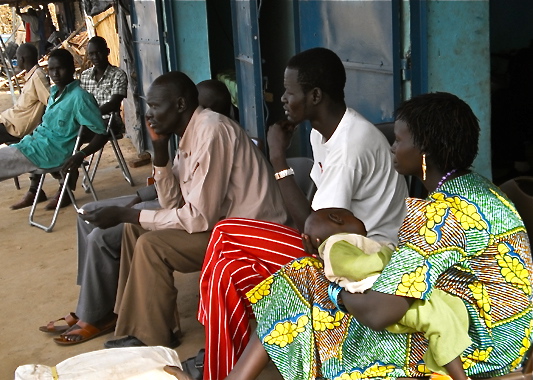 Travellers in Bentiu wait for a bus to take off to Juba (10.05.2012/Bonifacio Taban).Moses Gatthiang Yiew, a manager for MTRO Peace Transportation Company in Kalibalek, says that his transportation company registers up to 45 passengers to Juba every day.

Bentiu has four bus stations where buses depart for Juba. Increasing numbers of people are abandoning Bentiu town and heading to Juba where they hope for a lower cost of living.

Price rises have been steep: In February, a 50 kilograms bag of maize flour cost about 150.00 SSP but just a month later it cost up to 230.00 SSP, too much for ordinary people.