Last Tuesday, May 8, armed men attacked Rezigat traders on their way back to south Darfur, after visiting Rumaker village to carry out their usual trade.

Mahmoud Abdullah, one of the traders from Darfur, explains that the attack occurred when three young men from their group were on their way back to Sudan. Three armed men opened fire on the traders, killing one and injuring two others.

We are still following up this issue, so that we see who killed these people, and after the investigations are done, we shall go back to inform the parents of the deceased,” Abdullah states.

Abdullah shares the fear of the traders who have no security on their trade routes. He explains that continuing the trade is conditional on increased security.

Read also: Operation lifeline South Darfur-
South SudanWe shall continue trading with the community of Rumaker, there is no problem. If the Rumkaer administration provides us with protection, we shall continue,” says Abdullah.

Local residents of Rumaker village are as well terrified by the recent attack on the Rezigat traders and fear reprisals might follow.

Many among the residents condemn the attack because it is spoiling the bartering opportunities between the traders and the locals allowing the local community to have access to basic food commodities. 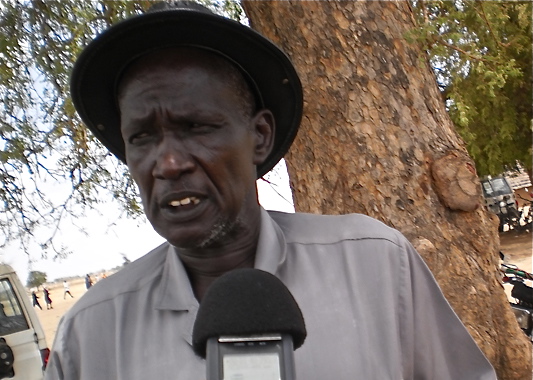 The injured traders who escaped speculated that the attackers could be SPLA soldiers.

We shall ask the SPLA (commander) stationed here in Rumaker”, how and why his soldiers attacked the traders . The attackers just shot, but they did not take anything,” Deng explains.

The Commissioner of Aweil East County, Awet Kiir Awet, held a brief meeting with the traders. Speaking to nearly fifty members of the Rezigat community at Rumaker on Wednesday, he acknowledged the severity of the crisis and assured the audience that no efforts are spared to find the attackers. 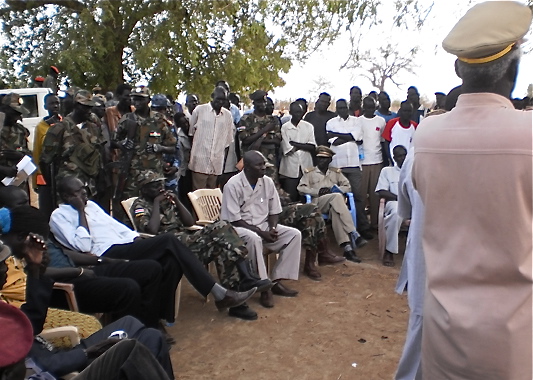 The state government urges the citizens to live in peace with the Rezigat and the Misseriya. They warn that anyone found guilty of any misconduct, such as stealing Rezigat or Misseriya cattle, will face dire legal consequences.

After South Sudan declared its independence in July last year, trade between Sudan and South Sudan grew increasingly difficult, and many trade routes were cut off.

The Rezigat traders fill the critical trade gap resulting from the ongoing Sudan-South Sudan border clashes, especially when emergency supplies are yet to be delivered to the region.