Bonifacio Taban
The United Nation Mission in South Sudan (UNMISS) will send a team to Unity State to assess the needs of some 25,000 people displaced during a deadly attack by a gang of robbers believed to be from neighbouring…
Archive
Share this article:
Facebook
Twitter
Google+
Visit us:
Facebook
Follow us:
Twitter
Permalink:

UNMISS made the announcement Tuesday following appeals from regional authorities for help in coping with the aftermath of the raid during the weekend of 10 September that killed 46 civilians and wounded 13. 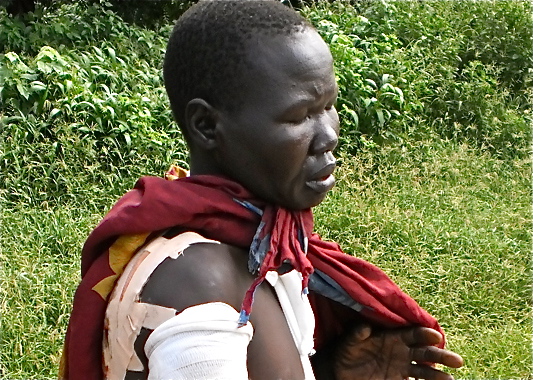 We fail to understand why we are being killed like non-citizens now.”
Nyatiek Yiey WealUnity State MPs who recently visited the area said another attack in the same districts is imminent.”

They suggested the government deploy army and police personnel in the areas prone to banditry.

According to a local chief, the cattle raiders, numbering about 200, were fully dressed” in SPLA uniforms and armed with AK-47s, rocket-propelled grenades and other assault weapons when they carried out the attack on three payams, or districts, of Mayiandit County. They reportedly stole up to 100,000 head of cattle.

Suspicions about the identities of the robbers mounted because that amount of expensive ammunition could not be afforded by an individual person,” said Michael Lony Phat, chief of Dablual Payam.

A visit the areas affected revealed about 30 bodies in a mass grave, including 13 women, eight children and nine men. Thirteen people were seriously injured in the raid and about 49 are reported missing.

Gatdit Jah Deng, Mayiandit County Commissioner, called the acts of the bandit gangs a disaster” and a crime against humanity.

Addressing people who lost family members and survivors whose cattle were stolen, he appealed for calm. 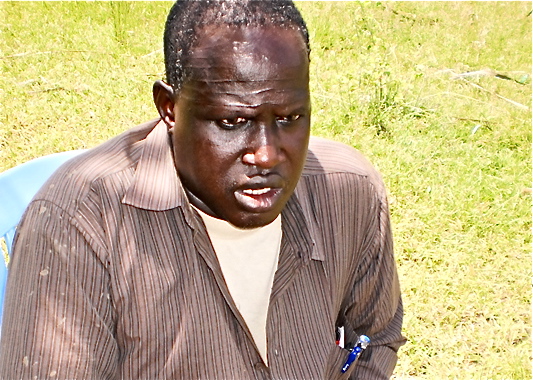 Gatdit Jah Deng, Mayandit County ComissionerI know it would not be easy to forgive those who killed your brother and sisters,” Deng said, but as we belong to part of the Republic of South Sudan, we need both governments of Unity and Warrap States to join hands” in recovering from the incident.

Deng added that although police managed to recover 600 head of cattle, they were outnumbered by the gangs, who showed fierce resistance.

Koach Puok Liah Thong, a local resident from the village of Thor Boma who lost about 200 cows, is angered by the move to disarm police in the area, which leaves civilians even more vulnerable to such attacks. Gangs reported to be from neighbouring Tonj East County in Warrap State are killing our women and children,” he said.

Although the tradition of cattle raiding has a long history in the region, the shooting of women and children is a more recent development. The proliferation of weapons in South Sudan has been instrumental in the frequency of attacks, while a cruel irony of the phenomenon is that cattle represent the currency of choice for dowries.

Killing women and children for the sake of a high bride price makes no sense,” said one onlooker.

Stressing that the attackers are alleged to come from the state where President Salva Kiir was born, Thong points to politics as part of the mix. 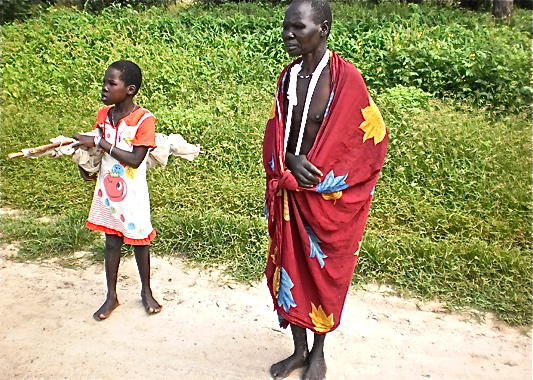 Nyatiek Yiey Weal escaped with her daugther after being shot by cattle raiders in Thor Boma.We blame the government of South Sudan,” he said. We had been properly disarmed because we had hopes for the new republic, but at this point, we will try our best to sell the remaining cows to buy weapons from Arabs, and no one can blame us.”

That could result in another cycle of revenge attacks that terrify local residents like Nyatiek Yiey Weal, a survivor of the most recent cattle raid.

Last weekend, she said, a group of men dressed in military uniforms burst into her home and began to shoot at her and her children. She took two bullets to the chest.

Weal appealed to the government for greater protection from armed gangs. The war took 21 years until South Sudan could become an independent state and we could become free citizens,” she said. We fail to understand why we are being killed like non-citizens now.”

Phat, the chief of Dablual Payam, has called on governments of both Unity and Warrap States for cooperation in deploying more troops at their common border to strengthen security.

What’s happening in this county is really a human rights violation,” he said, adding that peaceful resolutions to cattle rustling in South Sudan are urgently needed. Cattle raiding is punishable by imprisonment, but relatively few robbers are brought to justice.

In response to reports about another raid looming, the government said it plans to deploy the SPLA in Mayiandit County, according to Gideon Gatpan Thoar, Unity State Information Minister.

This is now a continual process because people think taking cows from other communities will make them rich,” said another local chief, Tunguar Kuenyguong, who remembers a time when local communities used to fight over territorial conflicts with spears.

Now that politicians and more sophisticated weapons are involved, he said, tribalism in society has increased.